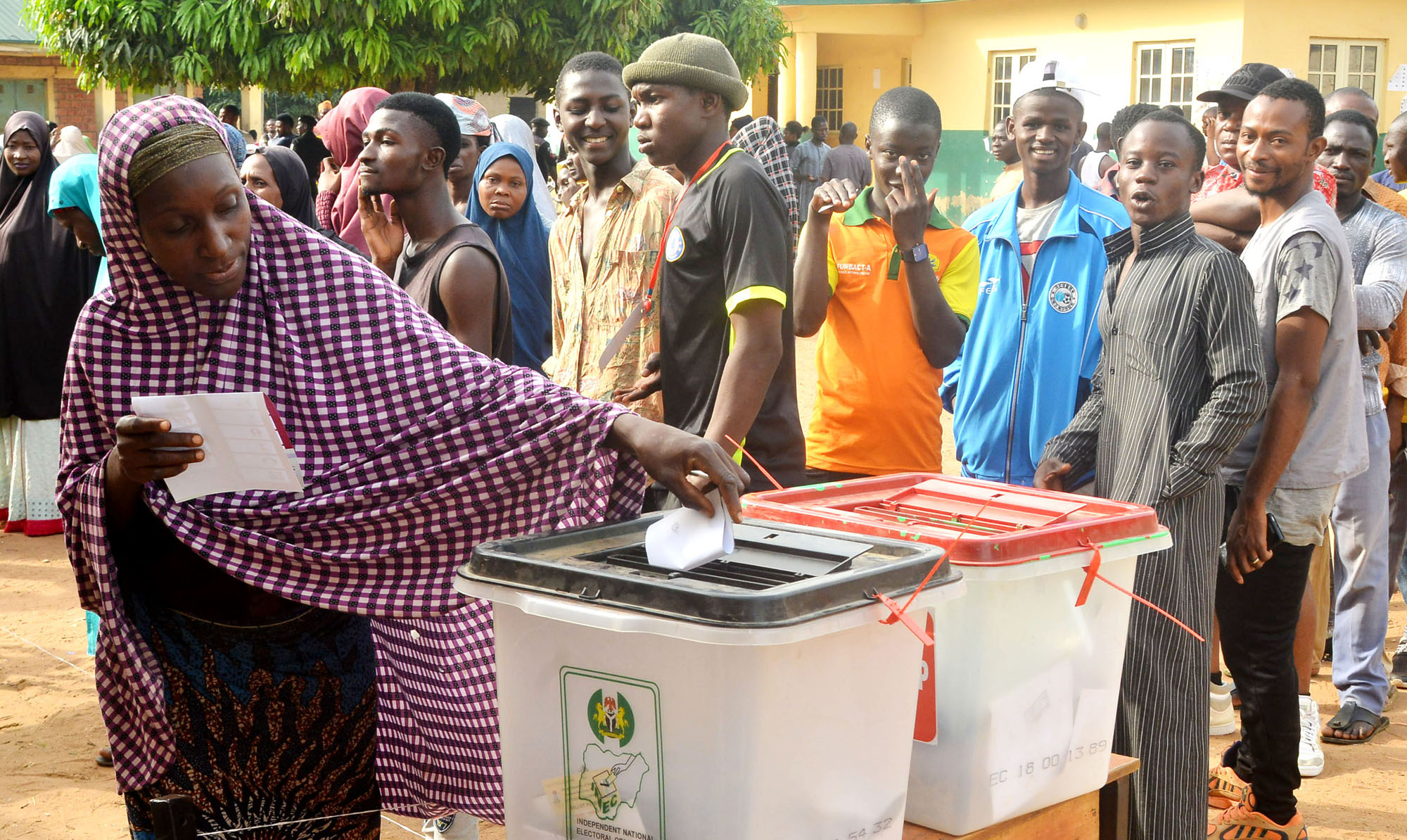 Six months after Nigerians elected new leaders, the electoral commission, INEC, is yet to upload the detailed results of the elections on its website.

As at August 18, however, only the final results of the presidential election (total votes scored by each candidate) had been uploaded by the electoral commission.

Even for the presidential election, details of votes scored in each state or local governments are yet to be uploaded by the commission.

For governorship and parliamentary elections, the electoral commission is yet to upload any results. Rather, it only published the list of the eventual winners of the elections.

Publishing of results of an election is mandatory on INEC, which has the responsibility for elections across Nigeria except for local government elections.

Section 71 of the Electoral Act states that INEC “shall cause to be posted on its notice board and website a notice showing the candidates at the election and their scores, and the person declared as elected or returned at the election.”

Also, The Situation Room, a coalition of 72 civil society organisations that monitored the elections, in its final report questioned many of the figures declared by INEC as the final results of the election.

“Data in the voters’ register, as well as results figures declared by INEC, threw up several glaring discrepancies that have yet to be explained. There were also differences between the number of accredited voters and the total number of votes cast in many polling units. In a similar vein, Situation Room observed that there was significantly more votes casts in the presidential elections than was cast in the National Assembly elections which took place simultaneously with the presidential election.

When contacted last week on the reason the results are yet to be uploaded, INEC spokesperson, Festus Okoye said, “the officials at the headquarters are yet to resume fully from the Sallah break.”

“When they do by Monday, I would find out and get back to you, he added.

INEC’s inaction on the results has, however, been condemned by civil society groups

“Unfortunately, INEC (has) neglected to make public, detailed breakdown of the election results—including voided votes. This is part of a more worrying trend,” Idayat Hassan of the Centre for Democracy and Development (CDD) said.

“One of the most noticeable and avoidable missteps INEC has made following the 2019 election is its refusal to publish detailed election results on its website.

“Much like it did in 2007 general elections, INEC has only published national-level totals for 2019 presidential elections, choosing to keep sub-national results data hidden from public view.

“It is high time civic groups and the press start making use of the freedom of Information Act requests to compel INEC to publish full and detailed results data for all elections held since 2015,” Ms Hassan, whose group monitored the elections across Nigeria, said.

In his reaction, a lawyer, Monday Ejeh, said INEC’s inaction may be because there is no punlshment for not publishing the detailed results.

“In other words, when the law says – if you do this, you would suffer this, that means there are consequences for it; and then, the ones without sanctions.

“Talking of sanctions, a sanction can be negative, for example, imprisonment, an option of fine and so on, or it could be positive, meaning if you do this, you would get this or be promoted.

“But, that section (mandating publish of election results) is just hanging, there are no sanctions attached to it.

“So, those who are interested in getting the result from the website, there is one option, to approach the court and seek an order of the court, mandating INEC to upload the result.

“You may reach them to know what their reasons are, although there is no excuse. That section mentions notice board and website, so, if INECcomes to say on all the voting centres, we pasted this result, it may suffice for posting on their notice boards, but the question is, does INECeven have a notice board?

“If they have, where are they stationed? I do not think in every INEC office you go to, there are notice boards. So, these are issues, because, sometimes we make these laws, but we don’t care to follow them in compliance.”

What Nigeria must do to transform agricultural sector – IITA chief