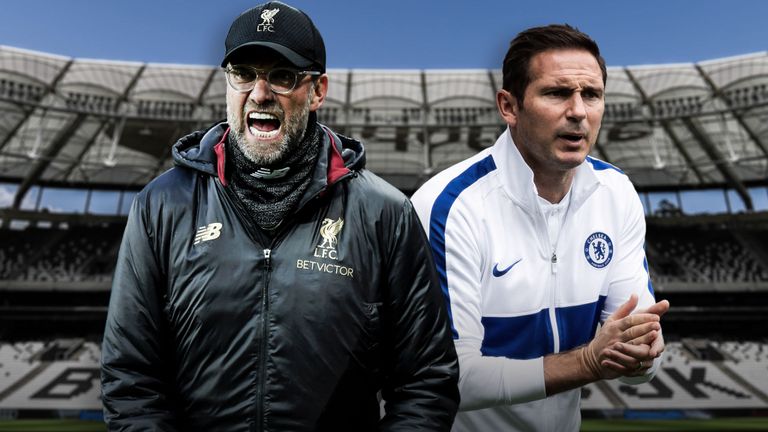 Fierce Premier League rivals, Liverpool and Chelsea, this Wednesday night at Istanbul’s BJK Vodafone Park will be battling for the right to lift the European Super Cup.

The Reds approach the fixture as Champions League winners and having come off an impressive start to their Premier League season with an easy 4-1 win over Norwich on Friday.

Europa League champions Chelsea, meanwhile, had a rather disappointing outing against Manchester United at Old Trafford, with Frank Lampard’s top-flight managerial debut ending in a 4-0 rout.

While Jurgen Klopp’s men are seen as favourites for the Super Cup, Chelsea have a point to prove with their rookie manager, Frank Lampard, and also to show the world they can move on despite the exit of their star player Eden Hazard who has since joined Real Madrid.

Stay with PREMIUM TIMES for live updates of the match.

Set for the kick off.. And there we go!

Liverpool start on a hot pace

Liverpool win the first throw in of the game

Ball possession even so far

Mohamed Salah has his shot blocked

Liverpool are the last English team to win the Super Cup

Chelsea concede a corner as Liverpool continue to pile the pressure

CHANCE! Salah finds himself in a 1 on 1 situation with the keeper but he fails to shoot in

Giroud tries a shot but fails to work the keeper.

Giroud tries an over head kick but it’s off target

Giroud every where.. The chekes striker is flagged offside

Corner kick for Liverpool as Cezar Azepullita heads the ball away

Van Dijk heads the ball.. Slightly off the target

Giroud with the opening goal for the Blues

Perisic gets the ball in the net.. But no second goal for Chelsea

Jurgen Klopp discussing the game with his assistants

The one minute added time is over

We are back for the second half.. Firmino is in for Oxlade Chamberlain

Liverpool level up as Sadio Mane fires in the equaliser

Henderson almost doubles Liverpool’s lead.. But Kepa stays on for the save

Good passing by Liverpool.. But Salah gjves the possession away

Frank Lampard getting set to make a change

Tammy Abraham in for Giroud and Pulisic out Mason Mount

Chelsea escape a bug there.. Kepa does so well there

A big scare I meant

Azpilicueta is shown a yellow card by the referee

Mason mount scores but he is flagged offside

Mane comes close but the sails across the line

Liverpool gets us underway for the first half of extra time

Goal.. Mane gets Liverpool another goal

The Senegalese hits the roof with calm and presicion

Penalty!!! Chelsea get a lifeline

Origi comes in for Mane

Tammy Abraham mises a great chance to kill the game

Kepa comes out for safe

First half of extra time over

Chelsea gets the game back on

The game going to penalties

Firmino to take the first kick for Liverpool… Its a goal!!

Fabinho for Liverpool.. He scores!!

Origi for Liverpool.. Goal.. He squeezes it in

Arnold for Liverpool.. Kepa comes close but its in

Tammy Abraham for. Chelsea.. He loses