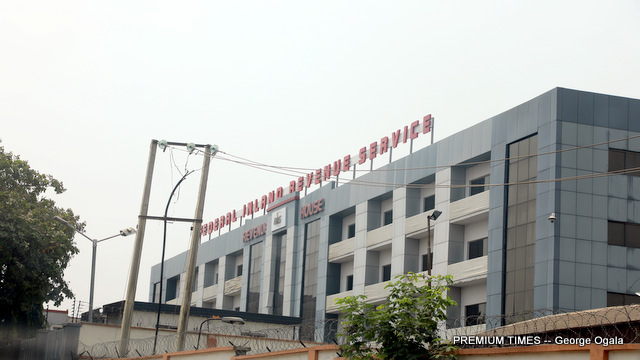 Mr Fowler, who gave the hint in an exclusive interview with PREMIUM TIMES in his office in Abuja, also said the federal government was yet to take a decision on whether to increase VAT or not.

Online purchases are increasingly becoming popular among Nigerians with online stores such as Jumia and Konga leading the pack. Many Nigerians also buy from popular Chinese online store, Aliexpress.

Payments for such purchases are often made using bank debit and credit cards, and could soon attract the five per cent tax being considered by the FIRS.

Although he acknowledged Nigeria was not fully ready for the growing global digitalised economy, the FIRS Chairman said, based on existing laws, the country will adopt a solution suitable to her peculiar circumstance.

“Different countries have taken different solutions to address the problem. Nigeria has not taken a position yet. But, we are meeting to see if we can come up with a global solution that we can all adapt to.

“With the existing laws in Nigeria, we can appoint the banks as agents. First of all, all those who make payments for purchases online using bank cards and instruct their bankers to pay, we will tell the banks that, going forward, everyone who gives instructions for service for purchase online, they should deduct five per cent VAT,” he said.

“We are thinking that maybe early next year, we will advise banks to start deducting five percent VAT for all online purchases done locally,” he added.

Also, the FIRS Chairman spoke on the lingering debate on an increase in the VAT rate from the current five per cent to either 7.5 per cent or 10 per cent.

According to Mr Fowler, given a choice between increasing VAT rate and expanding the tax base, he will prefer the latter.

“Of course, the first one will be the expansion of the tax base. The tax has to be fair. That’s where we started off. That’s why we have said we have redesigned and issued new tax certificates for VAT.

“We have given to all registered taxpayers. We believe we should have effectively at least 1.5 million corporate taxpayers,” he said.

He said the FIRS will prefer to address the issue of VAT rate ”after it has achieved its target of bringing all eligible taxpayers under the tax net”.

Nigeria’s VAT rate ‘one of the lowest’

Describing the VAT rate in Nigeria as the lowest in the world, apart from the United Arab Emirates (UAE) that has just introduced five per cent rate, he said VAT is a consumption tax, only payable by choice.

“What that means is, if A wants to impress B, and takes B to eat at the Transcorp Hilton, A will pay VAT for services enjoyed. This is because of the environment.

“The cost of the Coca Cola they will drink at Transcorp Hilton at N1,000 could have been bought at N100 in any supermarket without paying any VAT.

“Also, A can buy chicken, with all the ingredients in the market, cook it and eat without any VAT. But, instead of spending N5,000 for that meal, if A decides to go to the Transcorp Hilton and spend N20,000, then A must pay VAT. It is a choice A has to make,” he added.

He said the only exemption for VAT are items required by everybody, like education, medical services, which, regardless of choice, one is expected to have.

No official decision on VAT Increase

Despite pressures from the International Monetary Fund (IMF) on the need to increase VAT rate in Nigeria, the FIRS chief said the Federal Government is yet to make any official pronouncement on the issue.

“The IMF said Nigeria’s VAT rate is one of the lowest in the world. We had discussions back and forth on the benefits of the increase. My position is to first expand the tax net.

“We crossed the N1 trillion mark in VAT last year for the first time. We are equally improving this year. At the end of 2019, if we can have everybody come under the tax net, sign for VAT, start remitting VAT, let’s look at the volume we can generate.

“Then we can discuss the way we are, for government to take a decision as to whether VAT should be increased or not,” he said.