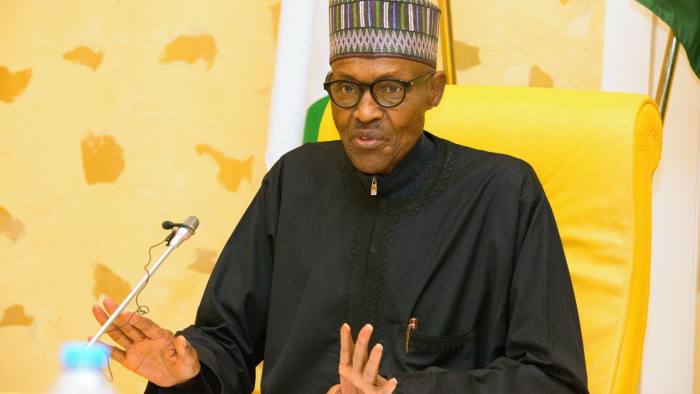 Buhari is ‘on top’ of Nigeria’s security situation – Presidency

President Muhammadu Buhari’s administration is effectively tackling the security situation in Nigeria despite the complaints to the contrary, a presidential aide said on Sunday.

Many Nigerians have lamented the security situation with dozens of people killed and kidnapped every week by armed men with various intentions.

Some Nigerians have said the situation shows a total collapse of the security system and a need to rethink the security architecture of the country.

Mr Shehu, however, disagreed with the view.

“We are in total disagreement with the assumptions of collapse of security in the country,” Mr Shehu said.

“The government is on top of the security situation in the country because we have calmed down North Central and Niger Delta.”

The spokesperson said some of the security challenges being witnessed predated the Buhari administration.

“Security challenges have been present before the present administration came to office. We have met our own challenges and we are dealing with them as decisive as we can,” he said.

Some Nigerians including ex-President Olusegun Obasanjo have called for a conference to discuss the nation’s security problems.

PREMIUM TIMES reported how the Senate, last week, resolved to call a security conference to discuss possible solutions to the pervasive insecurity across the country.

Mr Shehu’s remarks may also be seen by some as a way of downplaying the security situation, something the government has been accused of in the past.

Despite the repeated attacks by Boko Haram on soldiers and civilians, officials of the federal government repeatedly claimed the terror group had been ‘technically’ defeated. That claim was made by the former information minister, Lai Mohammed, army chief Tukur Buratai and President Muhammadu Buhari.

Also, recently, Vice President Yemi Osinbajo was criticised by many Nigerians for telling an audience in the United States that kidnappings in Nigeria were being exaggerated.

Mr Buratai also recently said security agencies had recorded ‘great success’ in the fight against insecurity. He described the cries of insecurity across Nigeria as a ‘political game.’

PREMIUM TIMES has documented the killings and kidnappings across Nigeria.

In July, at least 208 people have been killed in violent attacks. No fewer than 74 kidnap cases have been reported.

All the deaths were confirmed either by the relations of the victims or the police.

A PREMIUM TIMES analysis for June also showed that no fewer than 353 persons were killed in violent attacks across Nigeria last month.

About 60 other persons were kidnapped for ransom across the country in June.

Among last month’s victims were at least 57 soldiers killed in attacks by the Boko Haram insurgents in Borno State.