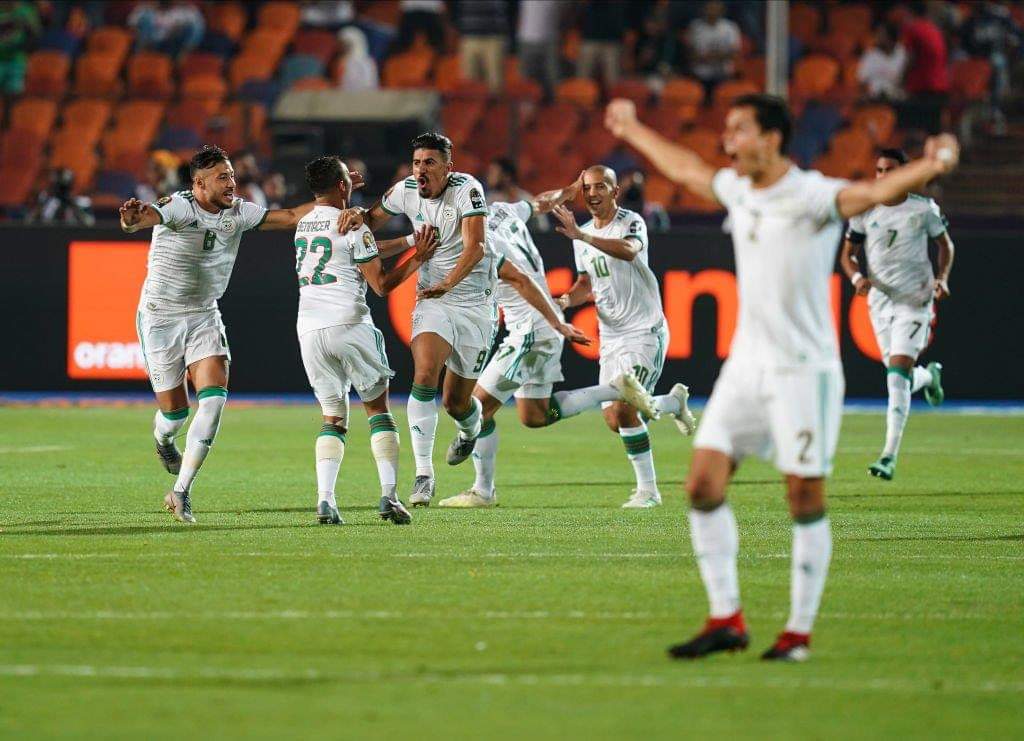 AFCON 2019: Algeria are champions of Africa

A 2nd-minute goal scored by Baghdad Bounedjah was enough to end the 29-year wait for another AFCON title by Algeria who last conquered the continent in 1990 when they hosted.

Bounedjah’s opener for Algeria was the fastest goal at the Total Africa Cup of Nations 2019 (01:22) and the fastest in the competition since Given Singuluma’s goal for Zambia in January 2015 (01:04).

For Senegal, the AFCON title remains elusive as they failed in the final hurdle just like they did in 2002 against Cameroon.

While many expected an explosive encounter on Friday in Cairo, it was more of a scrappy final. But Djamel Belmadi’s men will care less having gotten the result they wanted albeit with an element of luck.

Algeria’s lucky opener came inside two minutes. Bounedjah cut inside from the left and fired a powerful shot which looped up off Salif Sane and left goalkeeper Alfred Gomis static as the ball went into the top-right corner.

Senegal responded well, getting into dangerous positions and winning countless free-kicks, mainly through Sadio Mane. But their final ball was repeatedly found wanting.

Aliou Cisse’s side kept pushing, yet there was no way through and Algeria clung to a scarcely deserved victory.

In all, there were 102 goals at AFCON 2019, the most at a single tournament in the competition’s history.

On their part, Algeria are unbeaten in their last six encounters against Senegal in all competitions (W5 D1), after losing their previous three.

It is only the fifth Africa Cup of Nations final to have two African head coaches – and the first since 1998.

Yari replies Obasanjo, others over criticism of Buhari [FULL TEXT]

UK to invest £5million in PLANT programme in Lagos