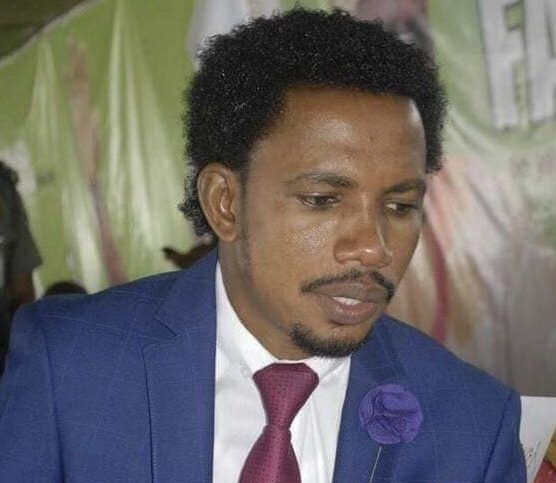 Elisha Abbo, the Nigerian senator seen on camera assaulting a woman in Abuja, has been invited for questioning by the police, PREMIUM TIMES has learnt.

Mr Abbo has been asked to report himself at the FCT Police Command Headquarters on Thursday morning as part of an urgent criminal investigation into the assault, the command’s commissioner, Bala Ciroma, told PREMIUM TIMES.

Mr Ciroma said the police officer who was with Mr Abbo during the incident but failed to protect the woman from the brutal assault was also being tracked down for potential disciplinary action.

“We have already commenced a serious and round-the-clock investigation into the matter,” Mr Ciroma said. “We have started inviting all the necessary actors and we will be visiting the scene of the incident as well.”

The police chief said a forensic analysis of the video published by PREMIUM TIMES will be conducted as part of means of ensuring absolute fairness to all the parties involved in the criminal investigation.

Calls for Mr Abbo to be prosecuted have intensified since Tuesday afternoon when PREMIUM TIMES published the video of the senator assaulting a woman at an adult toy shop in Abuja.

The incident occurred on May 11 and was reported to the police, who failed to take action, PREMIUM TIMES learnt.

Widespread condemnation, including from Amnesty International, Atiku Abubakar and famed celebrities, has continued to keep the assault case on the front burner.

The Nigerian Senate swiftly raised a panel with a two-week mandate to investigate and submit a report.

Mr Abbo’s Peoples Democratic Party (PDP) has also condemned his action and summoned him. The lawmaker admitted being the one in the video but said he had been provoked.

Mr Ciroma urged Nigerians to be confident of police’s ability to investigate the matter without fear or favour, saying the current police leadership would not let the citizens down in the case just because it involves a senator.