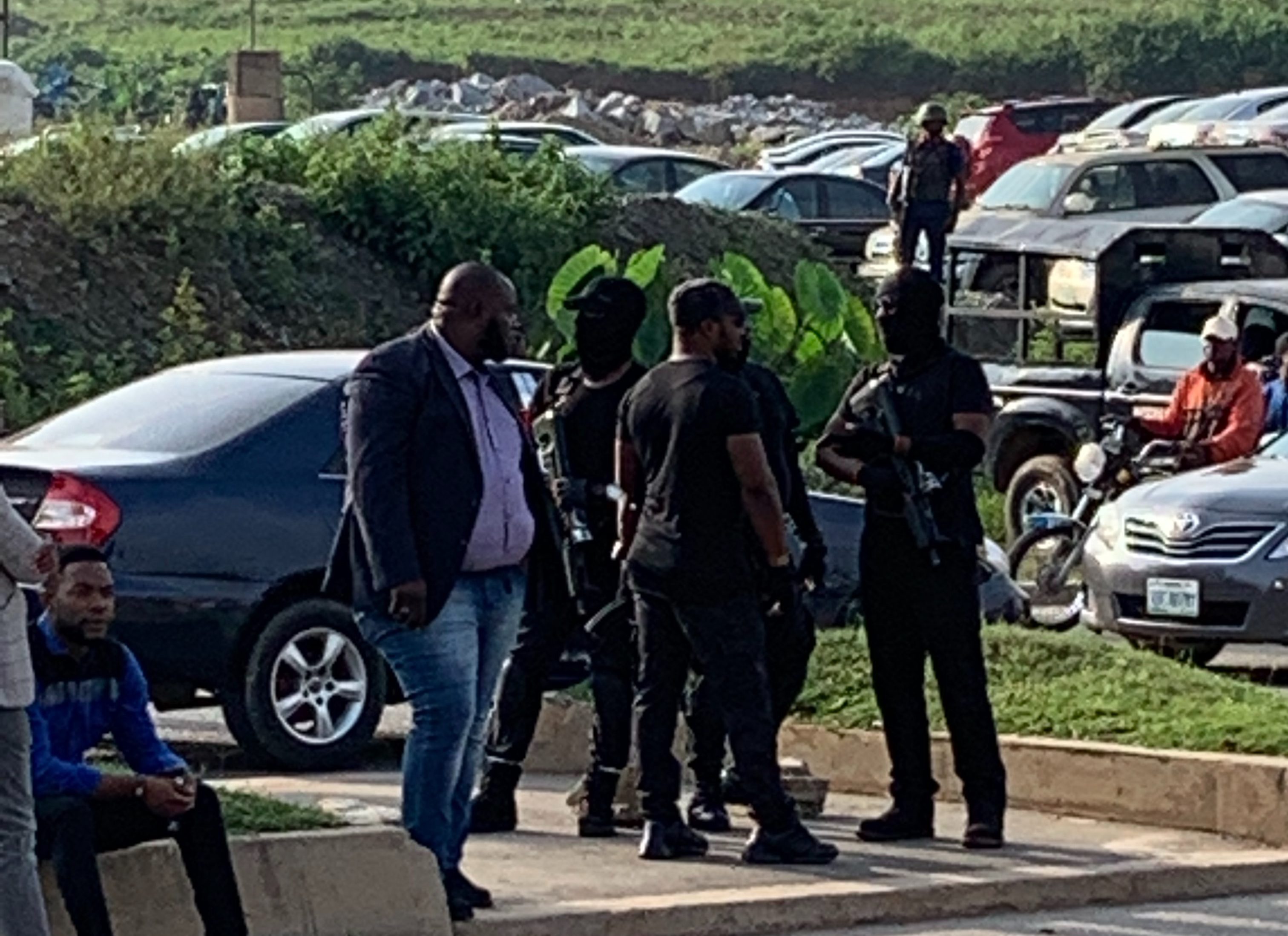 Protesters storm COZA Headquaters in Abuja, calling for Pastor Biodun's resignation after being accused of rape.

Two unidentified men have been taken into custody by security agents after they turned up at a planned protest outside the Commonwealth of Zion Assembly (COZA), Abuja.

The church has come under nationwide interest since one of its members came out Friday to accuse Biodun Fatoyinbo, its lead preacher, of rape.

Busola Dakolo, the wife of the musician Timi, said she was raped by Mr Fatoyinbo at age 16 in Ilorin, Kwara State.

Mr Fatoyinbo has denied the allegations and threatened a lawsuit.

A large segment of Nigerians on social media dismissed the preacher’s explanation and stood in solidarity with Mrs Dakolo, now a mother of three.

The rape allegation led to a call for a protest at the COZA headquarters in Abuja.

Two of the male protesters were driven away in a black Mercedes Benz C200 saloon belonging to an unidentified security agency shortly before 8:00 a.m, according to witnesses.

PREMIUM TIMES has not been able to identify the agency responsible for the arrest.

Two witnesses outside the church told PREMIUM TIMES they were angry that security agencies had started clamping down on citizens even though the protest was yet to begin.

The protest was planned for 8:30 a.m. by social media organisers.

The church has seen an increase in security measure over the weekend, PREMIUM TIMES learnt.

As protesters began to arrive, more security personnel were also deployed at the church’s headquarters in Abuja’s Guzape neighbourhood.

At least 30 police officers were seen around the church. About 20 Civil Defence men were also seen scattered between the church’s junction on Murtala Muhammed Way and the church’s premises, a distance of about 1.2 kilometres.

Hooded men from the State Security Service (SSS) were also everywhere outside the church, a presence some of the protesters said was aimed at intimidating them.

About a dozen soldiers also arrived at the church at about 8:40 a.m.

At the church’s entrance, security agents have joined church security officials to conduct a thorough search of visitors and members of the congregation who wanted to go inside the auditorium ahead of service commencement at 9:00 a.m.

Both men and women were asked to leave all their belongings outside. Only mobile phones and the Holy Bible were allowed inside, PREMIUM TIMES observed.

Members of the congregation who decried the stringent measure as unnecessarily problematic.

“I have been attending this church since 2013 when we were still using the Thisday Dome in Jabi,” a female member said. “This is too much today.”

She, however, said the measure might be necessary to prevent Mr Fatoyinbo’s detractors from having their way.

“People have been trying to blackmail our pastor for a long time,” she told PREMIUM TIMES.

But two protesters interviewed by PREMIUM TIMES ahead of the protest said they were here to demand accountability from Mr Fatoyinbo, who has faced at least two separate allegations of misconduct since 2013.

Rape Scandal: Why we deployed soldiers to COZA — Nigerian Army