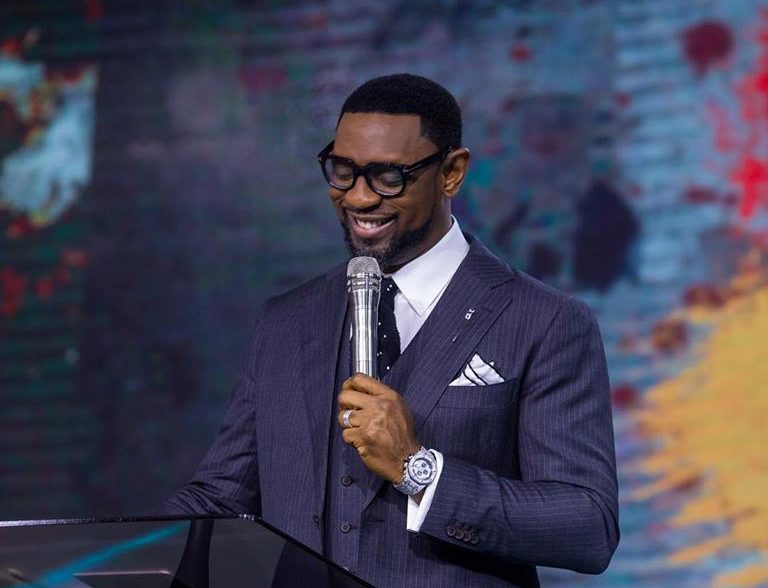 COZA: CAN speaks on rape allegation against Fatoyinbo

The Christian Association of Nigeria (CAN) on Saturday condemned any case of rape in “strong terms”, saying it does not matter who is involved.

Samson Ayokunle, the president of CAN, who gave the condemnation via a text message to the News Agency of Nigeria (NAN), stressed that justice must prevail in all rape cases.

He, however, noted that CAN had no details on the trending allegations against the founder of Commonwealth of Zion Assembly (COZA), Abiodun Fatoyinbo.

Mr Fatoyinbo has been the subject of public derision since Friday morning when a video interview in which a woman, Busola Dakolo, accused him of raping her, was published online.

Mrs Dakolo, wife of musician Timi Dakolo, told YNaija news platform that she was only 16 when Mr Fatoyinbo came to her family residence in Ilorin and raped her, deflowering her in the process.

Mrs Dakolo, now mother of three, said the first encounter happened on a morning when Mr Fatoyinbo knocked on the door of her family home in Ilorin. The family had been a long time member of COZA, and they saw Mr Fatoyinbo as a diligent and decent figure.

“I saw him, he was removing his belt, he just said: ‘keep quiet, do what I want you to do and you will be fine,'” Mrs Dakolo said.

Mrs Dakolo said Mr Fatoyinbo told her after the alleged rape that she should be grateful that it was a man of God who did that to her.

She said the preacher raped her the second time within the same week on a deserted road.

She also narrated several unwanted sexual encounters that followed the first incident, all of which she said she had carried as a burden for several years. She said she recently found the confidence to publicly tell her story.

Mr Fatoyinbo pushed back against the allegations on Friday, saying in an official church statement that he had never raped a woman “even as an unbeliever.”

The preacher threatened a lawsuit against Mrs Dakolo and others he accused of defaming his character, saying that many of the sexual misconduct claims he had faced over the years had come from scorned women within his ministry.

Nigerians have expressed enormous support for the Dakolos for their courage, and calls for Mr Fatoyinbo’s arrest and prosecution have also intensified on social media.

But the police said they would require a formal complaint before taking action against Mr Fatoyinbo.

The CAN leader, Mr Ayokunle, said the association had reached out to the christian wing which Mr Fatoyinbo belongs to ascertain truth of the matter and take necesssary actions.

“We have no details about the matter other than what we are reading and hearing from the social media, and this is not reliable and credible evidence,” he said.

“The CAN leadership has reached out to the leadership of the block which the Pastor in question belongs with a view to getting to the root of the matter.

“This will help us to make the right decision on the issue,” he said.

NAN reports that there will be a protest march to COZA church in Abuja and Lagos on Sunday by #ChurchToo Movement.

Deportation of undocumented migrants to begin after July 4 — Trump

Buhari steps down as ECOWAS chairman