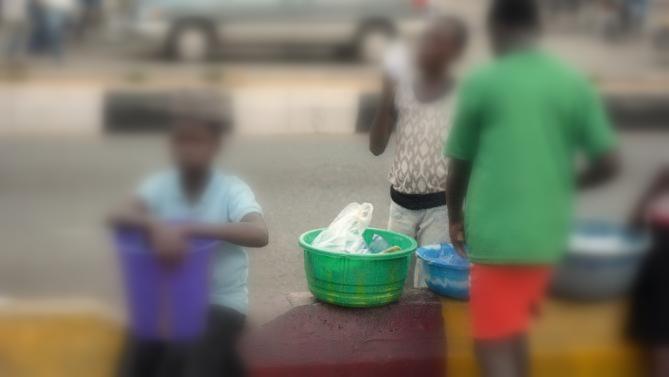 Out-of-school-children used to tell the story.

In a statement it issued on Sunday to mark the Day of the African Child, UNICEF Representative in Nigeria, Peter Hawkins, said 2000 youths have petitioned public officer holders in the aforementioned states on the need to have safe, quality education for all children, “especially girls.”

The global theme for this year’s Day of the African Child is ”Child rights in all situations, including during humanitarian crises.”

According to Mr Hawkins, the Nigerian campaign for access to quality education will hold the newly-elected government officials at all levels accountable for their campaign promises to provide equitable access to free, safe and quality education for every child, especially the girl child, in Nigeria.

”The 10 states where the mass actions are taking place, Bauchi, Niger, Katsina, Kano, Sokoto, Zamfara, Kebbi, Gombe, Adamawa, Taraba and the FCT, have about eight million children not in school and, an average enrolment rate of only 57 per cent, ” he said.

Mr Kawkins also said over 10.5 million children are unable to access safe and quality education, due to the ongoing crisis in the North-east.

He said the crisis in the North-east has left schools destroyed, teachers unavailable, and parents terrified to send their children to school due to insecurity – especially for girl children – who have been the victim of kidnapping while at school.

“Schools should be a safe place for children – one in which they can get a quality education that will put them on the path to a secure future,” he said.

“Sadly, the demand for quality education by children in Soweto, South Africa in 1976, is still valid today, in too many countries around the world.

He said the actions across several states today are a “wakeup call for leaders to act on their commitments to provide quality education for all children, in all situations.”

He said the engagement seeks to secure commitments from national and state governments to prioritise children’s rights to education in their governance agenda, including through budgeting, in their states and at the national level.

“This engagement creates an opportunity for Nigerian youth to advocate to policy and decisionmakers and urge them to commit resources to education, without which the substantial number of out-of-school children in Nigeria will not be reduced,” said Mr Hawkins.

Mr Hawkins said the action in the 10 states is calling for improved school infrastructure, enrolment campaign to bring all children to school, and targeted investments to ensure an uninterrupted 12 years of schooling for girls.

”It hopes to extract a commitment for a 10 per cent increase in budgetary allocation and release of funds for education, with 50 per cent of the total budget to basic education, recruitment, deployment and provision of incentives for 1000 female teachers per year and recruitment and deployment of 1000 qualified teachers per year, especially to rural areas, where they are most needed,” he said.

He said the action also comes as the world celebrates the 30th anniversary of the Convention on the Rights of the Child (CRC).

The Convention is the most widely ratified human rights treaty in history and stipulates that every child has the right to education. It has helped to transform children’s lives; inspiring legislative changes to protect children and enabling them to participate actively in their societies. Nigeria ratified the CRC in 1991.

”As part of the commemoration, UNICEF has released a “Passport to Your Rights” – a copy of the CRC in child-friendly language, in pocket format. UNICEF aims that every child in Nigeria has a copy by 2030 – the deadline for the achievement of the Sustainable Development Goals,” he concluded.

Premium Times earlier reported how a Demographic Health Survey (DHS) conducted in 2015 by UNICEF and the Nigerian government revealed that 13.2 million children were out of school in Nigeria – the highest in the world.

According to a UNICEF study, about 69 per cent of the country’s out-of-school children are in the northern part of Nigeria.

Statistics from the study also showed that about 13 per cent of these children are in the FCT.

And of the 13.2 million children, 60 per cent of them are girls, many of who enrolled in school but dropped out along the line.

However, parents of many of the children who are out of school in FCT say a major programme of the Muhammadu Buhari-administration, if implemented in Abuja, would make them enrol their children in school.

The International Day of the African Child has been celebrated every year on June 16 since 1991, when it was first initiated by the Organisation of African Unity.

The day honours those who participated in the Soweto Uprising in 1976. It also raises awareness of the continuing need for improvement of the education provided to African children.

In Soweto, South Africa, on June 16, 1976, about ten thousand black school children marched in a column more than half a mile long, protesting the poor quality of their education and demanding their right to be taught in their own language. Hundreds of young students were shot.