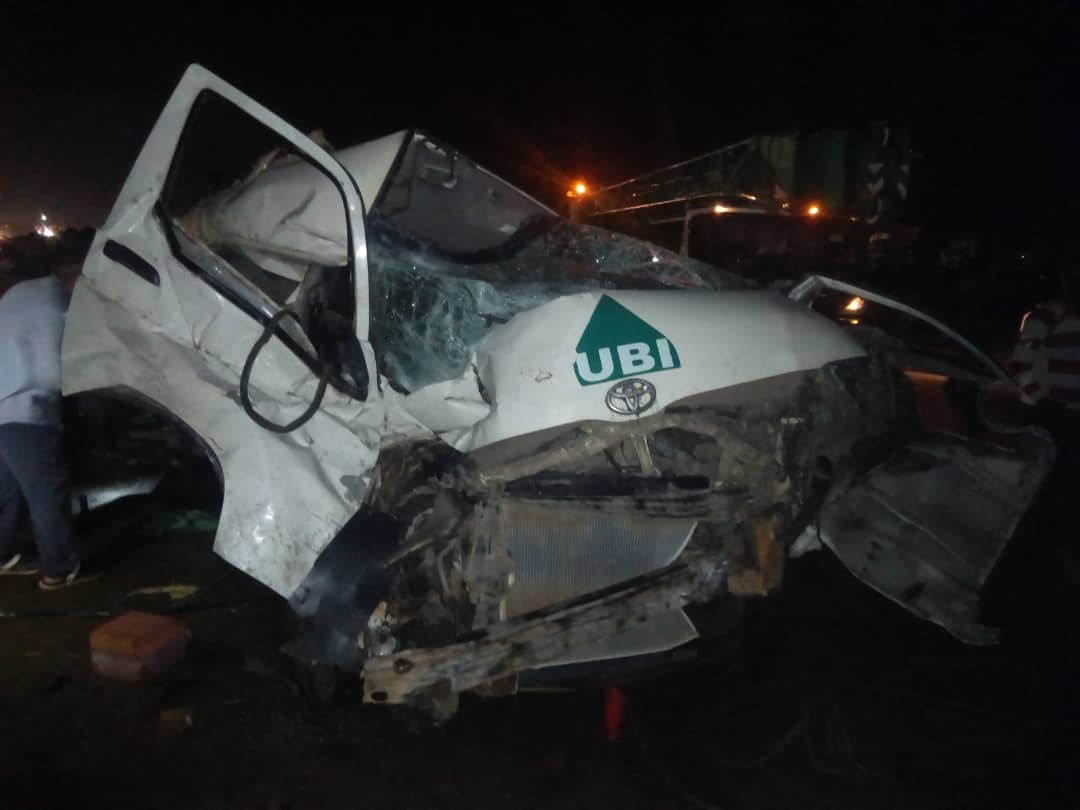 The scene of the car crash

Eight persons died while 12 others were injured in an accident involving seven vehicles late night on Wednesday around Danco and Berger axis of the Lagos-Ibadan Expressway.

The Public Relations Officer of the Ogun State Traffic Agency, Tunde Akinbiyi, who confirmed the crash, said it involved three trucks and four cars. He said the tragedy happened due to speeding.

He said the container of the hook of the truck fell on two buses, while other vehicles rammed into one another.

“From investigations, it was learnt that the unfortunate fatal crash was caused by the overspeeding, reckless driving and loss of control on the part of one of vehicles involved which led to a container falling off from its hook on two buses and other vehicles ramming into each other in the process, in an attempt to escape from the scene,” he said.

“The crash scene has been cordoned off, on the inbound lane of the expressway. The motoring public are advised to drive cautiously along the diversion route created by Julius Berger and avoid speeding beyond 50kmph on the stretch,” he said.