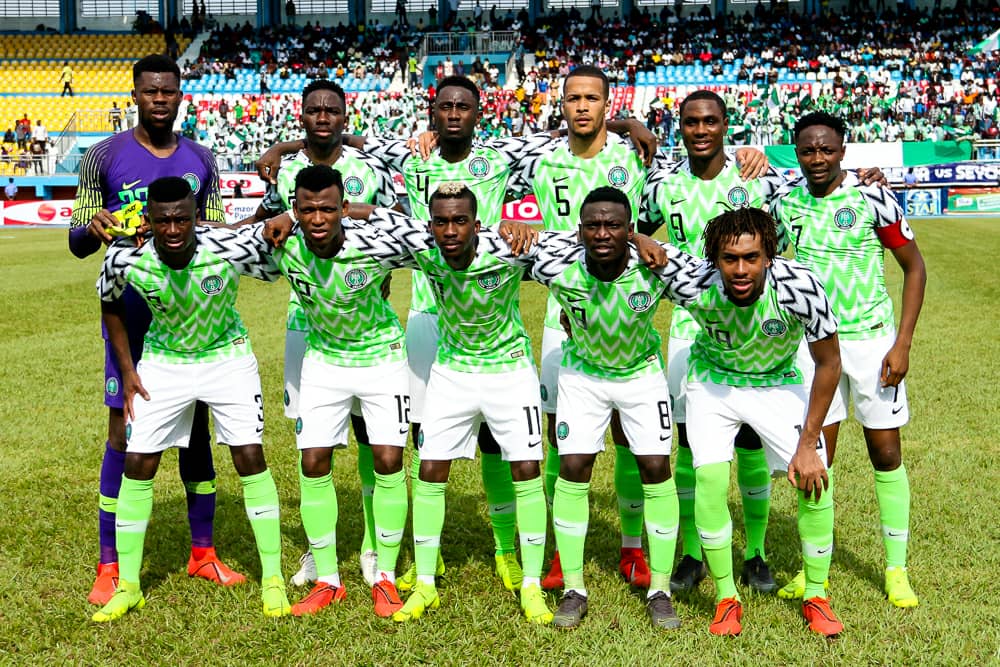 The hopes of Kelechi Iheanacho featuring in his first Africa Cup of Nations (Afcon) for Nigeria has been dashed.

Though he made it to the initial 25-man provisional list for the biennial tournament, the Leicester City forward and Semi Ajayi have been axed from Nigeria’s squad to the 2019 AFCON that would be staged in Egypt.

The Super Eagles coach, Gernot Rohr, on Sunday made public his final 23-man list for the tournament in Egypt

Both Iheanacho and Ajayi were unused substitutes on Saturday as Zimbabwe held the Super Eagles to a goalless draw at the Stephen Keshi Stadium.

The Nigeria national team are scheduled to travel to the Egyptian city of Ismailia via a chartered flight later on Sunday where they will continue their preparations for the Afcon.

The Super Eagles are billed to round off their preparations with a high-profile friendly against Africa’s highest ranked team, Senegal.

The international friendly will be played at the Ismailia Stadium on June 16.

Three-time African champions, Super Eagles have been drawn in Group B of the continental showpiece and they will begin their campaign against Burundi in Alexandria on June 22.

The Super Eagles’ other group games will be against Guinea on June 26 and Madagascar on June 30.