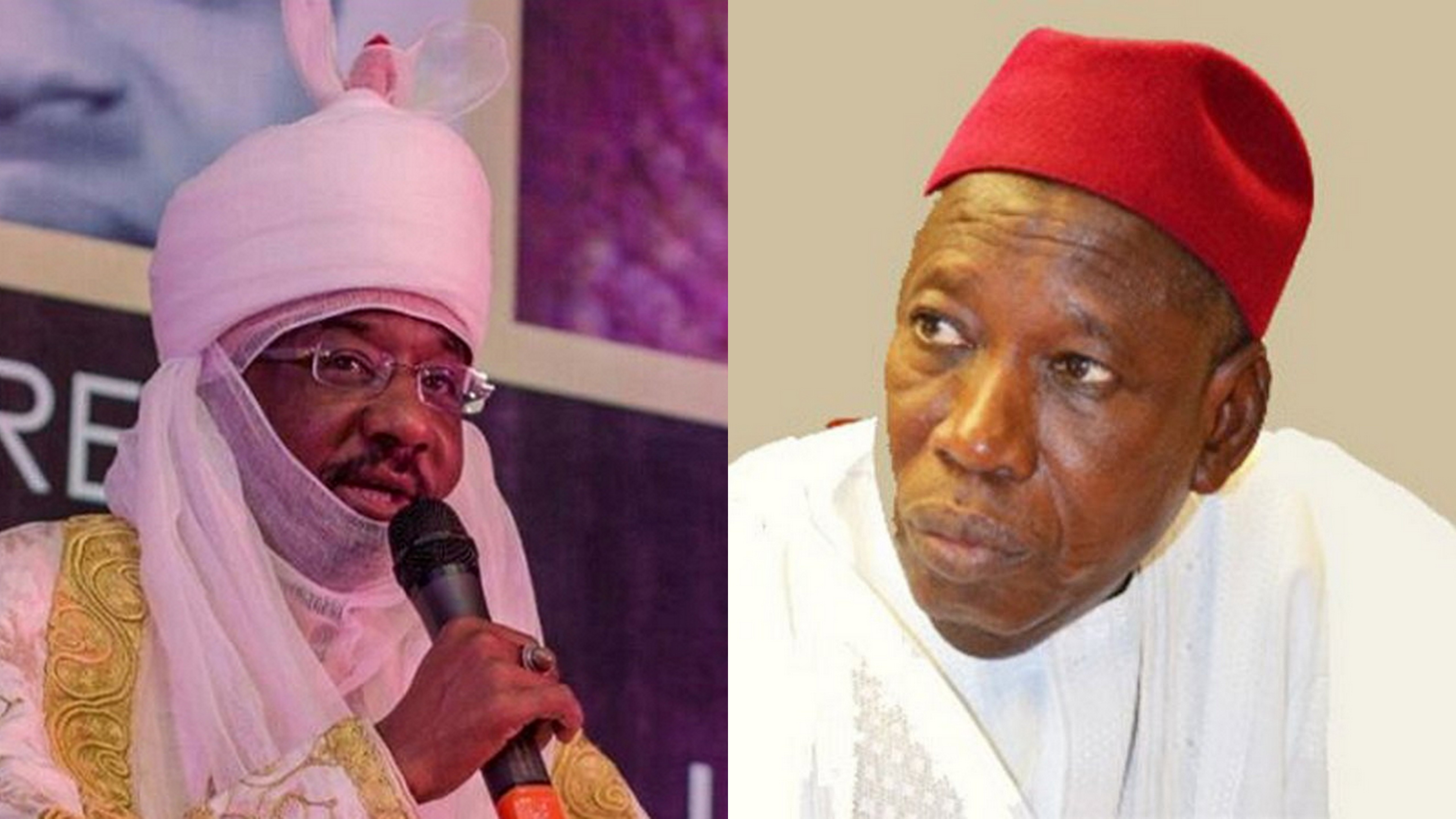 The Friday appointment of four additional emirs in Kano State by Governor Abdullahi Ganduje has significance beyond the perceived move by the governor to get at the controversial Emir of Kano, Muhammadu Sanusi II.

Before the governor’s action, Kano — as a geographical and cultural entity — has maintained single rulership since the establishment of the Sokoto caliphate in 1804. It was, therefore, no surprise that Mr Ganduje’s action generated anxiety and anger in equal measure.

“It is not vendetta, I am not against him (Mr Sanusi). In fact, he is supposed to be reporting to the local government chairman according to the constitution of the Federal Republic of Nigeria,” the governor was reported as saying.

But even as Mr Ganduje struggled to defend the happenings in the state, the actions of his government, in partnership with the Kano State House of Assembly, have left no room to take the governor’s words.

It is public knowledge that Mr Ganduje has barely had a good relationship with Mr Sanusi for most of the last four years.

But since the coming of Mr Ganduje as governor in May 2015, the emir and the governor have been in a frosty relationship.

In 2017, what appeared like an engineered plot by the government to remove the emir through a probe of the emirate council’s finances was only halted after a series of high-level interventions to save the traditional ruler.

However, not many people thought that only two years down the line, the same animosity would crop up, leading this time to the controversial decision to whittle down Mr Sanusi’s influence.

With the creation of four more emirates, Mr Sanusi’s reign over 44 local governments has been drastically cut down to only eight.

A Law In Three Days

Early on Monday, the news came that the state House of Assembly had sat to read a letter from some unknown persons seeking the assembly’s request to create four new emirates. The letter proposed first class emirs for Gaya, Rano, Karaye and Bichi. It means having four more emirs with the same status as Mr Sanusi.

In an unprecedented move, the assembly immediately constituted a committee asking it to report back the next day on the issue. By Wednesday afternoon, the Assembly had passed the amendments into the Emirs (Appoints and Deposition) Act, splitting the emirate into five.

Later that evening Mr Ganduje signed the amendments into the law, making it arguably the fastest law in Nigeria’s democratic history.

The governor then went ahead to give effect to the new law by appointing four additional emirs on Friday.

The new law reinvigorated three thrones that were in existence before the Fulani Jihad of 1804 which subsumed them under Kano as the recognised emirate in the region. These were Karaye, Rano and Gaya. The law also created a new seat in Bichi, which is enthroned to the Kano ruling house.

The governor, therefore, elevated the heads of the institutions in Rano, Gaya and Karaye to first class emirs, as provided by the law, and appointed Aminu Bayero, a son of late Emir of Kano, Ado Bayero, to head Bichi.

Additionally, the amendments changed the pattern of emirate councils in all the five emirates. The exclusivity of choice of council members by the emir is changed, making local government chairmen, secretary to the state government and five appointees of the governor into the councils.

The cold war between Governor Ganduje and Emir Sanusi has been long coming.

Mr Sanusi came to the position from his former position as the governor of Nigeria’s Central Bank.

He attained fame and notoriety after his open accusations against the hen Goodluck Jonathan administration on the management of the country’s oil revenues.

He was fired from the job in a controversial manner, which generated widespread condemnation, including from the then All Progressives Congress (APC), Mr Ganduje’s party.

Mr Sanusi came into his new role as a traditional ruler with the same attitude.

He generated controversies with his utterances, often criticisms directed at government’s policies and actions.

At least on two occasions, Mr Sanusi passed a harsh verdict on Mr Buhari’s economic policies as it relates to foreign exchange, alleging at one point that the government was breeding corruption.

When Mr Ganduje travelled to China in 2017 to ink a $1.8 billion light rail agreement with China EXIM Bank, the emir used the rostrum at the Kaduna investment summit to tongue-lash the decision.

Insiders say Mr Ganduje took those criticisms with no excuses. He saw the criticisms first against Mr Buhari, on whose political goodwill he wanted to run again for office, and against himself as an affront. He decided to deal with the critic within.

When the Kano Public Complaints Anticorruption Commission went after the emirate council’s finances, it was clear to all that the governor had risen to axe Mr Sanusi.

While the probe was on, the government ordered its halt citing intervention by prominent Nigerians and reconciliation between the governor and the emir.

While the dust from the 2017 removal threats was yet to fully settle, politicking for the 2019 elections began in earnest.

Through rumours and leaked conversations, it was widely believed that Mr Sanusi had no space in his heart for Mr Ganduje and President Buhari. Those who peddled the perceived stance of the emir back it up with his past utterances.

Not one to keep his traducers guessing, the emir changed the pattern of his criticism by passing veiled comments and innuendos.

In the build-up to the polls, Mr Sanusi addressed a sermon that was widely reported in which he was only short of calling out Messrs Buhari and Ganduje.

In what many interpreted as an indirect de-campaigning of Mr Buhari, the emir charged electorates to go after competent candidates, arguing that those who have only integrity as their selling point should not be trusted with public office.

In the same sermon, the emir lampooned politicians he described as selfish who promoted brigandage to achieve their political goal, charging people to reject such individuals. Government’s fixers in Kano did not take the comments lightly.

Perhaps sensing what was cooking, the emir, in an address at the Mambayya House in Kano after the elections, said persons in positions like him should not turn heads at wrongs because of fear of losing their posts.

“You will do wrong and emir would keep quiet because he is scared that he could be removed. This is what kills the land. Positions are never permanent. Every emir should know this. If emirship is for life I wouldn’t have become the emir, there was someone before me.”

The events of the last week have sown the seed of divisions among the state’s traditional ruling elite.

The state government may have initiated the project to cut down the emir’s powers and influence but it is obvious that it has supporters from the system, beyond the immediate beneficiaries who have accepted the newly created positions of first class emirs.

However, of more concern to many Kano indigenes is the possible discord that segregation may cause from what was a hitherto homogenous community. Political and development issues may sooner or later take the colours of the five emirates if they successfully stand.

Although a court on Friday ordered the government not to proceed with naming the new emirs, Mr Ganduje said the appointments had already been concluded before the court order.

With the fiasco shifted to the court, and with the state government proceeding with its probe into the emirate’s finances, Mr Sanusi’s travails as Kano emir is expected to continue.