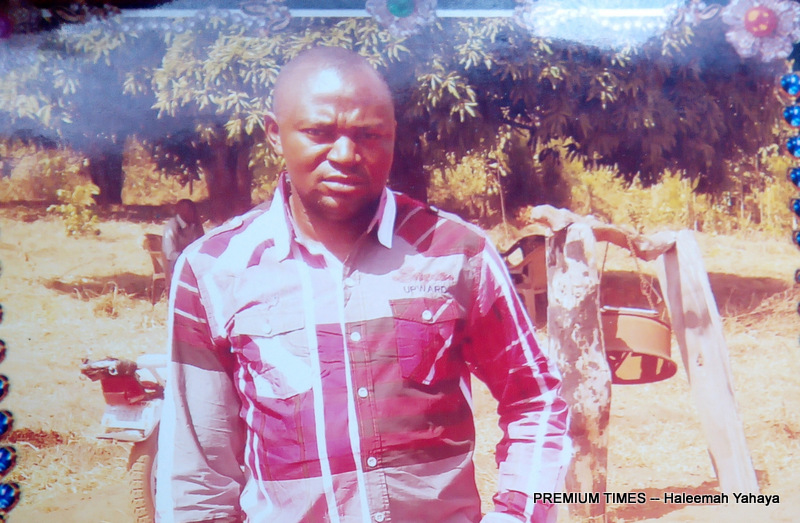 Tears rolled down the cheeks of Lubabetu Momoh as she sat on the verandah, in front of her one-bedroom apartment in Abuja. She still hopes that her husband, who has been missing for eight months, will come through the gate.

Mrs Momoh, who was absent-minded at the time this reporter stepped in, came back to life when a tap on her shoulder jolted her.

She told the reporter the source of her sorrow.

“My husband left the house eight months ago for a business trip to Gabon that is supposed to last for only four days. But until today, I haven’t set my eyes on him,” Mrs Momoh, a mother of three, said.

Mrs Momoh, a trader, is the wife of a mechanic, Momoh Usman, who went missing, alongside three policemen, in September 2018.

Mr Usman and the policemen embarked on a journey to Gabon en-route Cameroon to recover a stolen vehicle traced to the country by INTERPOL (International Criminal Police Organisation). They are yet to return. It is believed they got missing while in Cameroon.

Narrating her ordeal to PREMIUM TIMES, Mrs Momoh said a woman called ‘Mrs Felicia’ (owner of the car) told her husband to accompany the policemen.

“My husband told me Mrs Felicia sent him and three police officers, Olutope Falode, Mohammed Usman and Yohanna Gamidan, to Gabon to bring a car she bought.

“I asked my husband that, which station are the officers coming from and he replied that Mrs Felicia told him she took them (cops) from the Force Headquarters in Abuja.

“My husband told me that Mrs Felicia gave him N50,000, out of which he would buy some vehicle parts and then keep the remaining money with him.

“On that fateful day which was September 2, 2018, my husband was wearing a pair of shirt and trousers, with a small bag that has extra clothes in it. My husband said the journey would only last them four to five days.

“They left on that day in a police car, and my husband said the four of them would ride in the police car. When they get the new (recovered) car, he (my husband) would be the one to drive it.

“He said the woman asked him to go with those policemen. In case the police car or the new car develops any problem on their way, he should be able to fix it since he is a mechanic. I spoke with my husband last on the phone when they arrived Calabar, capital of Cross River, at about 7 p.m.

“Since then, we have not communicated with him,” she said teary-eyed.

She said efforts to find her husband have not be successful.

Mrs Momoh said she confronted Mrs Felicia to know the whereabouts of her husband.

“After about two weeks, I called Mrs Felicia to tell her that I have not heard from my husband, and she said, ‘there is no problem, they would return’.

“I was not satisfied with her response, so I told her since she said the police officers were from the Force Headquarters, why don’t we go there and at least hear from them. She agreed, and we went there.”

She said on getting to the Force Headquarters, they met one Inspector Lanre Bankole.

According to her, the inspector confirmed that the policemen missing were from there but added that ”this is not the first time the police would embark on such a journey.”

“The inspector said the journey was an official one and not illegal. So I asked if the journey is not illegal, why have I not seen my husband? He (Bankole) did not say anything.

“I kept on spending transport and going to the Force Headquarters till December (2018), the last time I was there. I confronted him, and he told me to go and keep on praying.

“I even went ahead to tell him that I do not know anybody in Abuja, that it is my husband that brought me here from our village after our marriage. I pleaded with him that if they know that my husband is no longer alive, they should let me know so that I can pack my things and children to the village, but he said no,” Mrs Momoh said.

Mrs Felicia told PREMIUM TIMES her surname was Ogunjana when approached for comments.

She narrated her version of what transpired.

Mrs Ogunjano said her vehicle was stolen at gunpoint in Nigeria and taken to Gabon where INTERPOL later recovered it.

”Please understand me. I didn’t send them; they (policemen and mechanic) went on official duty,” she added.

“The INTERPOL sent them, you can confirm from them. He (mechanic) was the one who volunteered to go with them.

“They went on official duty to Gabon; three police and Momoh Usman on 3rd of September, 2018.

”Momoh was to drive the vehicle back with the police because he is a mechanic in case the vehicle develops a fault on the way. But we couldn’t hear from them since then. It was later we heard that they have not gotten to Gabon.

”We have always been at the INTERPOL to know how far they have gone, which they have been doing their best. But up till now, no information about them. We are still waiting for INTERPOL to tell us if they were able to get any info from the Ministry of Foreign Affairs because they are on it.

”They went on official assignment, so I think we need help to know where they are,” she said.

PREMIUM TIMES visited the INTERPOL office at the Force Headquarters in Abuja to confirm its findings.

A senior official in the department, who requested his name be left out of the report, as he was not officially allowed to speak to journalists, gave a version of what happened.

“And the thing is whenever officers go on such a journey, once they arrive there, they get a new sim and call us over here with the new number. On the first day that we did not hear from them, we thought it was network issues. By the way, that is not the first time operatives embark on such a journey. In fact, one of them (Mr Falode), that would have been his fourth or fifth in that year on such assignment.

“Whenever he gets to wherever he is going to, he would call. The thing is that he speaks French, so the team likes to have someone like him who can speak French. And again, it opens a lot of doors for officers. You cannot just go there and start speaking English. If you speak French, they would be receptive.

”Now, when we could not reach our men, we messaged the National Central Bureau (NCB) in Cameroon. That is the unit of INTERPOL in every country all over the world.

“Eventually, Cameroon confirmed that they sighted the officers at the border and to a point, but accidentally there is this issue going on in Cameroon between the separatists and the government. So we now thought that may be either of the two (Separatists or Government forces) captured them.

”They were in a police vehicle, which is the only vehicle we have here and now we do not have any other vehicle. So we described the vehicle, we gave the picture.

“We called the Cameroonian ambassador to come and explain because our men entered their country and we have not seen them. We also informed the National Security Adviser (NSA) in Nigeria.

”The Cameroon government informed us that the officers were not with them, We cannot deal directly with the separatists. Otherwise, we would have asked them. It would be running afoul of International diplomacy,” he said.

He also said the police were not relenting in ensuring the return of the men.

“We are doing what we need to to do within our capacity; we cannot go into a river if we do not know how to swim. If the thing has happened in Nigeria, we can start combing the whole of Nigeria. You cannot go to Cameroon and be doing that, the Cameroon Government would frown at it. We can only engage them, and that is what we have done,” he said.

He also spoke on the missing civilian.

”’The truth is this, there must be an offer and an acceptance. What is coming from both sides is right because, if the mechanic had said no, Mrs Felicia would not have forced him. The issue here is that this man is a breadwinner in his family and as such, they have every right to complain.

“We are assuring the families of these men and the public that we are doing everything possible to ensure the men return safely. The truth is this; our own is just to facilitate the release of a vehicle, it is then the responsibility of the owner to bring back his/her vehicle,” he added.

The police spokesperson, Frank Uba, also weighed in via a telephone interview.

“The bottom line is that the Inspector General is not just the operational and administrative manager of the force but also the guardian and stands in place of parents to all police officers. So when anything happens to a police officer, it cannot hurt anyone more than it hurts him.

”The Inspector General just came on board; this is a matter we inherited. He reviewed all the actions that have been taken so far. We contacted the headquarters (INTERPOL). We have contacted all the bureaus in Africa. We are in touch with the immigration services across West Africa and Central Africa region. We are working with the ministry of as well as Attorney General on this matter, and the office of the National Security Adviser.

“So we are not just using the police platform alone, we have activated all other platforms available. There are a whole lot of other things we would not be able to disclose to the public, but the point is we would not rest until we can solve that case.

“On the case, it’s not everything the police are doing that we can relate to the public. And in my last discussion with the department, I have also been assured that they would continue paying the salary of these officers until this matter is resolved.

“The love for our colleague is one of the strongest things we are taught in police colleges and the police academy. That is why they say the concept is a very strong concept. We would do everything we can to support their families.”

Although the families of the missing police officers will continue to enjoy ‘support’ from the police authorities, it is clear that Mrs Momoh may not enjoy the same privilege even as she continues to brood and wait for the return of her family’s breadwinner.