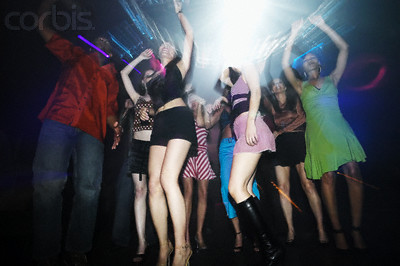 About two weeks after police officers arrested 30 women at different night clubs in Abuja, another 70 women have been arrested.

The latest arrests were done on Saturday night and the victims were taken to and detained at a police station, a witness said.

Martin Obono, a lawyer and activist, said he witnessed when the women were brought to a police station in Utako, Abuja on Saturday night.

He said some of the women were accused of prostitution. He also suggested some had been sexually abused by the security officials.

Mr Obono shared his experience with PREMIUM TIMES after first posting them on Twitter.

“As I type, 70 girls were arrested and brought to Utako Police station last night. This is in addition to the ones who were arrested on Friday night. Their offence; clubbing and in some instance, prostitution. Some have been assaulted with injuries in their vaginas.

“One of the ladies arrested has a 2-month old baby. She wasn’t allowed to breastfeed her baby by CRO in charge on duty despite continuous plea amidst tears. It took the intervention of a female police officer who called the DPO to overrule the decision of the inspector at the time.

“The joint task force that arrested some of these girls have been allegedly molesting and assaulting them. Some even showed the bruises and bleeding in their vaginas,” Mr Obono wrote on his Twitter handle.

Although prostitution is illegal in the Nigerian capital, law enforcement officials have used it as an excuse to assault and harass women who go out at night in the city.

When the officials raid the night clubs, they hardly arrest any men, but arrest women they believe are ‘scantily dressed’ and accuse them of prostitution.

Despite repeated reports that these women are sometimes sexually abused by the security officials, no investigation has been done by the authorities. None of the culpable officials has also been brought to justice.

Although night clubs are allowed in Abuja, many of them are constantly raided by the police and other agencies.

This has led many residents of the city to question what is legal or illegal in the Nigerian capital.

“A capital city like Abuja needs to define its rules if it wants to be conservative or liberal,” Mr Obono wrote.

When a PREMIUM TIMES reporter visited the Utako Police station on Sunday afternoon to gather more information on the arrest, she was denied access into the building.

The police officers on duty said nobody would be allowed access to the women except with a letter from the police headquarters.

This reporter then put a call through to the Abuja police spokesperson, Danjuma Tanimu.

Mr Danjuma said he was not aware of the development.

“I am just hearing this story now, but I will confirm and get back to you tomorrow,” he said.

PREMIUM TIMES learnt that many of the women were still at the police station on Sunday night.

As is often the case, many of them would either have to bribe their way to freedom or allow themselves to be sexually abused by the male police officers. Those who decline to do either could be charged to court on Monday.