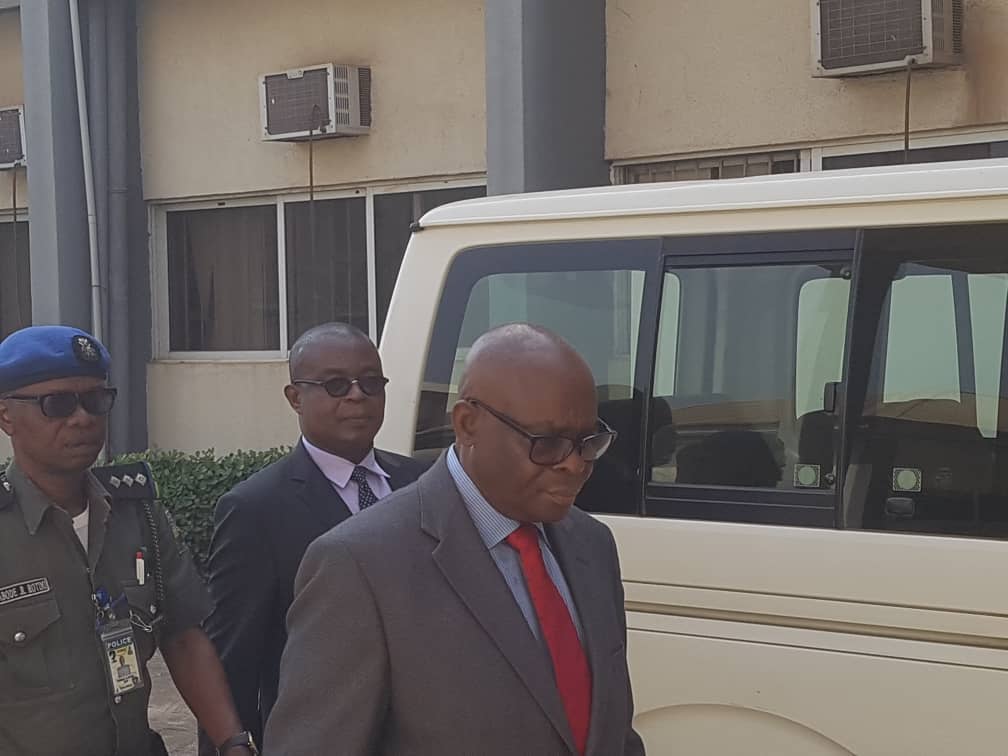 The Code of Conduct Tribunal (CCT) has convicted the embattled Chief Justice of Nigeria, Walter Onnoghen, after finding him guilty of false assets declaration.

The tribunal headed by Danladi Umar ruled that Mr Onnoghen should forfeit the funds in the five accounts which he was accused of not disclosing.

The tribunal said Mr Onnoghen evidently acquired the funds fraudulently since he failed to show how the huge amount was acquired.

The tribunal invoked the full provision of Section 23 of the code of conduct law which allows it to remove Mr Onnoghen from office. It ordered that Mr Onnoghen should not return to the office in the next ten years.

Mr Onnoghen had weeks earlier sent a notice of retirement to President Muhammadu Buhari in line with the recommendation of the National Judicial Council.

The presidency is, however, yet to clarify Mr Onnoghen’s retirement.

Earlier, PREMIUM TIMES reported how the CCT ruled it had jurisdiction to try Mr Onnoghen without clearance of the National Judicial Council.

Why Nigerian govt is restructuring Bank of Agriculture – BPE