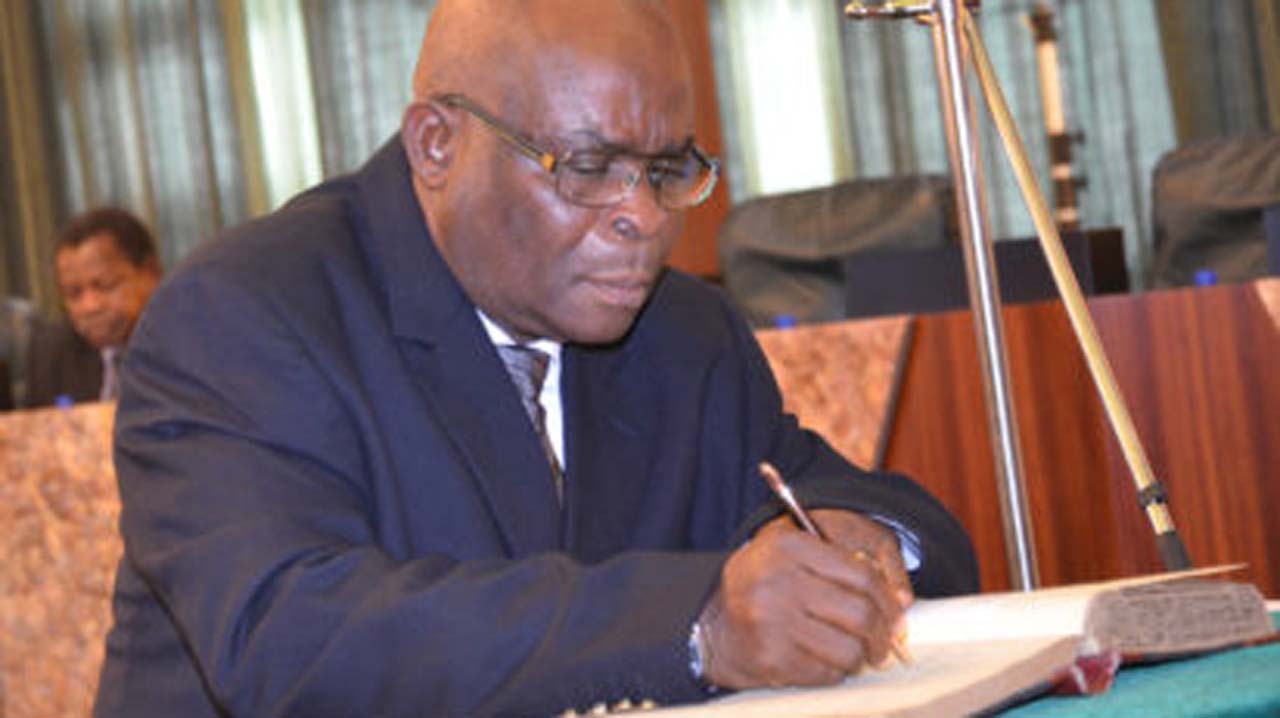 A lawyer to the Chief Justice of Nigeria, Walter Onnoghen, has provided more information on the decision of Mr Onnoghen to step down from office.

Adegboyega Awomolo, who is the lead counsel to Mr Onnoghen in his false assets declaration trial, spoke in a telephone interview with PREMIUM TIMES late on Friday.

Mr Awomolo said Mr Onnoghen’s decision is a retirement and not a resignation from office.

He said Mr Onnoghen sent his notice of retirement to President Muhammadu Buhari in line with constitutional provisions.

“What he has done is to send his notice of retirement to the President. And he has done so, in accordance with the provisions of the constitution.

“His position from day one has been that it is only the NJC that can discipline him. Now that the NJC has spoken, out of respect for the NJC and the office of the Chief Justice of Nigeria and Nigerian Judiciary, he sent his letter of retirement, not resignation. He never resigned.

“All he has done is to send a letter to the president, saying thank you. I have served this country for about 32 years. I want to retire. That’s all he has done,” Mr Awomolo said.

How the journey began

Mr Onnoghen’s retirement is coming 51 days after his trial began at the Code of Conduct tribunal on January 14 and 58 days after the petition which birthed the said trial was submitted.

Mr Onnoghen, who was appointed a justice of the Supreme Court in 2005, had been recommended for the position of Chief Justice of Nigeria on October 6, 2016, by the NJC under its erstwhile leader, Mahmud Mohammed. He was, however, not confirmed by the Senate until March 7, 2017, due to the reluctance of President Muhammadu Buhari to submit his name to the Senate for confirmation.

He was eventually sworn-in on March 7, 2017, by then Acting President Yemi Osinbajo, after the Senate confirmation.

Born on December 22, 1950, Mr Onnoghen’s appointment as chief justice was billed to expire on December 22, 2020, after he attains the compulsory retirement age of 70 years.

Mr Onnoghen’s early exit commenced with his controversial suspension on January 25, less than 24 hours before he was billed to swear in a new set of judges to lead the various election petition tribunals in the country.

President Muhammadu Buhari, who announced Mr Onnoghen’s suspension, cited an order of the Code of Conduct Tribunal (CCT) to support the decision.

Mr Onnoghen’s trial at the CCT began on January 14, but he did not appear for the trial, till a bench warrant was issued against him by the tribunal chairman, Danladi Umar.

A number of allegations, contained in a six-count charge of false assets declaration, were brought against Mr Onnoghen by the Code of Conduct Bureau.

Many lawyers questioned Mr Onnoghen’s suspension from office, saying only the NJC and a two-thirds majority of the Senate could make such recommendation.

Supporters of the trial argued that the CCT was constitutionally empowered to try any public official accused of false assets declaration if such person is not covered by the immunity clause in Section 308 of the Constitution.

However, critics of the trial argue that a Court of Appeal ruling, which has not been upturned by the Supreme Court, had ruled that judges could only be tried for any alleged crime after a review of the allegations by the NJC.

Subsequently, when the NJC noted on April 3 that it reached a decision on Mr Onnoghen’s matter, the CJN notified President Buhari of his decision to vacate office.

Although the NJC declined to make its resolutions public, multiple sources later confirmed to PREMIUM TIMES that the resolutions reached included a call for Mr Onnoghen’s compulsory retirement and the confirmation of the acting CJN, Muhammad Tanko, as the Chief Justice of Nigeria.