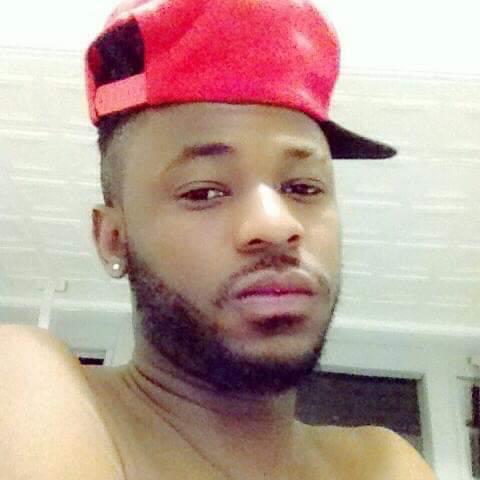 Late Kolade Johnson was shot by the police in Lagos

A Nigerian man was killed on Sunday after being hit by a stray bullet fired by police officers during a raid in his neighbourhood in Lagos.

PREMIUM TIMES learnt through social media posts and a telephone conversation with a friend of Kolade Johnson that he was shot while seeing a live football match between Liverpool and Tottenham at approximately 4:30 p.m.

Dennis Ikpoba, who said he had been friends with Mr Johnson since their days at the University of Benin as classmates, told PREMIUM TIMES the incident happened outside a Kingstine-Jo outlet in Mangoro, a transit neighbourhood near the international airport.

Mr Johnson, 36, died from the gunshot wounds at the hospital shortly thereafter, and the police officers fled the scene, it was learnt. His sister, Toluwani Lukmon, was crying and writhing when PREMIUM TIMES called her telephone on Sunday night. The only words she could mutter were that she lacked the strength to comment.

Mr Ikpoba, whose voice also trembled as he spoke to PREMIUM TIMES, said the officers arrived at a fast-food and relaxation bar in an unpainted Danfo bus, and quickly moved to apprehend a man they thought was a criminal suspect.

Some plainclothes officers initially came down from the bus to arrest the man who was carrying dreadlocks. Mr Ikpoba identified the man as Ismail Folorunsho to PREMIUM TIMES, and said they targeted him for his look.

“They wanted to arrest Ismail, who is known to everyone in the area, and people quickly gathered to find out why,” Mr Ikpoba said. “We later learnt that it was because he had dreadlocks that they wanted to arrest, fearing he might be a criminal.”

He said the officers were from the police anti-cultism unit operating around Lagos, but the shooting of Mr Johnson did not appear to be intentional. The unit’s influence has grown amongst several crime-busting squads within the larger police structure.

But Mr Folorunsho was widely known in the neighbourhood as a staff member of Unlimited LA, a prominent Lagos cinematographer who had shot music videos for Sean Tizzle, Black Magic and other A-list artists, Mr Ikpoba said.

Mr Ikpoba’s account largely validated a pair of tweets posted around 5:00 p.m. by a man who told PREMIUM TIMES he witnessed the incident. The tweets, which contained gruesome videos of a bleeding Mr Johnson, demanded an immediate end to police brutality, especially amongst members of multiple ad-hoc police squads reputed for their brutality.

Mr Ikpoba said it was traumatic to learn that his best friend was killed by a bullet emanating from people who were supposed to protect him from harm’s way, and over a matter that turned out “completely groundless.”

“Ismail Folorunsho has returned to the street, people have seen him around tonight,” Mr Ikpoba said. “That must have been because they did not find anything on him and they should not have harassed him at all because of his dreadlocks.”

It is not uncommon for the police to be accused of profiling citizens based on their appearance, and hundreds of complaints had dominated the social media as part of the #EndSARS campaign that began in November 2017 to end police brutality.

Citizens regularly accuse the police of discriminate frisking at checkpoints. Many of the encounters had turned fatal over the years.

The police said officers had a duty to go after Internet criminals (especially ‘Yahoo Boys’), as well as drugs peddlers, offences they widely associate with the youth.

The Force Headquarters initially responded to the complaints by prohibiting officers from spontaneous search of road users, and came up months later with a multi-dimensional plan to address the friction between the police and young citizens.

But shortly after his appointment in January, Mohammed Adamu, the police inspector-general, dismantled the reform of Mr Idris, returning SARS to its old format of being a unit under a state police commissioner.

Police reform advocates criticised Mr Adamu’s action as a drawback to citizens-led reform that kicked off under Mr Idris.

Mr Johnson’s death led many social media to return with their complaints on Sunday night, sending #EndSARS trending again at number one on Twitter.

“This is another death of Nigerian that should have been avoided if our push for a more efficient and accountable system had been allowed to scale through,” said Segun Awosanya, a police reform activist who triggered #EndSARS.

The campaigner said deaths from police stray bullets and the so-called accidental discharge had gone up in recent years, despite frequent sanctions, including prompt dismissal, recorded against culpable officers in some of the cases.

Mr Awosanya said his non-profit, Social Intervention and Advocacy Foundation (SIAF), had commenced investigation into the killing, and would support the Johnsons in their pursuit of justice.