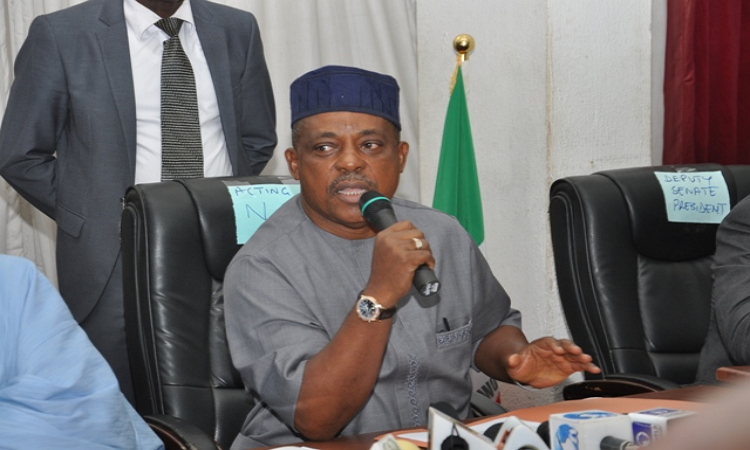 The Peoples Democratic Party (PDP) has written to the Chairman of Independent National Electoral Commission (INEC), Mahmood Yakubu, expressing its displeasure over its decision to conduct supplementary governorship election in Bauchi State.

According to a letter dated March 21, 2018 and signed by its National Chairman, Uche Secondus, the PDP said such decision contradicts provisions of the electoral act as well as the INEC guidelines for the conduct of elections.

A Federal High Court in Abuja on Tuesday ordered the INEC not to go ahead with its plan to collate, conclude and announce the results of Tafawa Balewa Local Government Area for the governorship election in Bauchi State held on March 9.

The judge, Inyang Ekwo, made the order based on an ex-parte application filed by the All Progressive Congress (APC) and the incumbent governor of Bauchi State, Mohammed Abubakar.

The restraining order is to last till the determination of the suit brought before the court by the two plaintiffs.

The APC and Bauchi Governor, Mohammed Abubakar, had prayed for an order of interim injunction restraining INEC from resuming, concluding or announcing the result of Tafawa Balewa Local Government Area of Bauchi State in respect of the governorship election.

The election was initially declared inconclusive by INEC due to irregularities in Tafawa Balewa local government.

INEC later announced it would go ahead with collating and completing the results sourced from backup result sheets, a move Mr Abubakar, who scored the second highest votes in results so far collated, rejected.

The governor wants supplementary polls to be conducted. On Monday, he met with President Muhammad Buhari and vowed to challenge INEC’s volte face in court.

In a copy of the letter available to PREMIUM TIMES, the party asked INEC to suspend the supplementary election pending the collation of results.

“It is important to note that rerun or supplementary election can only be ripe and determined upon conclusion of collation of all the results from the 20 local government areas in the state and the margin between the winner and runner up is known.

“This is the provision of the law as provided in the regulation and guidelines for the conduct of elections, specifically paragraphs 33 (a) and (e) and 34 (e).

“By the combined effects of the paragraphs, the commission shall wait to determine the margin of lead between the two leading candidates of the governorship election after collation of the overall results of the election before deciding to embark on the supplementary poll. Hence there is no basis for a supplementary election at the polling units cancelled.”

Mr Secondus demanded the “immediate suspension of the supplementary election” until collation of results from Tafawa Balewa has been concluded.