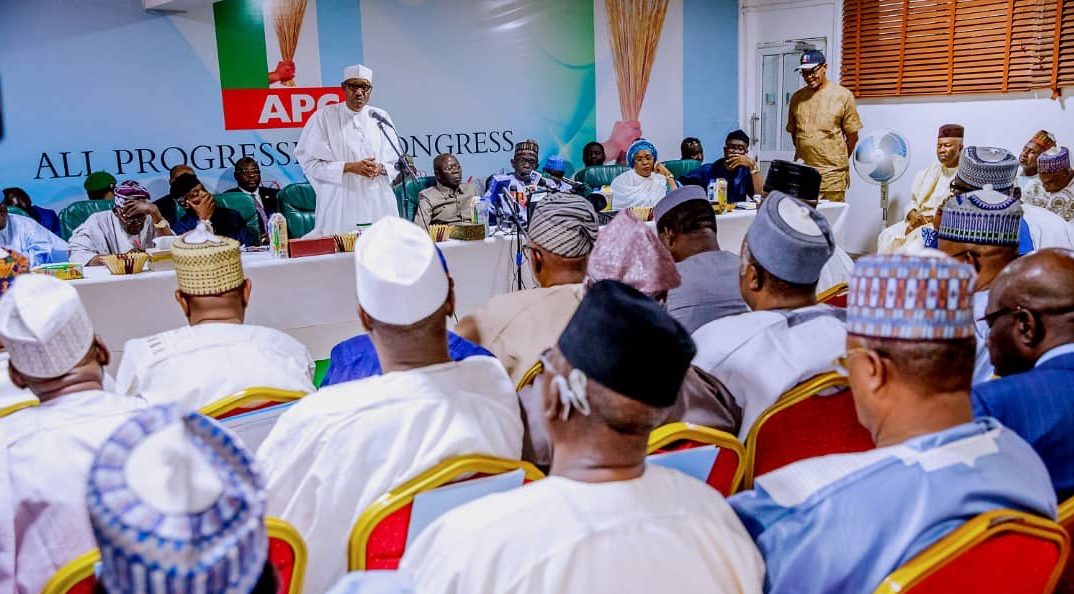 The All Progressives Congress (APC) has resolved to resume campaigns for the presidential and National Assembly elections, in defiance of the closure of campaigns by the Independent National Electoral Commission (INEC).

The ruling party announced the resolution on Monday at the end of at its expanded national caucus meeting in Abuja.

The meeting at the party’s national secretariat was attended by President Muhammadu Buhari, Vice President Yemi Osinbajo and 11 state governors.

The party said INEC’s order that campaigns should remain closed is contrary to the Electoral Act, which stipulates that campaigns must end a day to the elections.

According to the INEC timetable, the campaigns for the presidential and National Assembly elections closed on Thursday, February 14, in anticipation of the elections holding two days later on Saturday.

However, INEC shifted the elections by a week but insisted it would not reopen the campaigns.

According to the APC, it would abide by the provisions of laws and end campaigns 24 hours to the new date of the elections.

“The caucus urged all APC members to immediately commence campaigns in line with the provisions of Section 99 (1) of the Electoral Act, which states clearly that campaigns shall stop 24 hours to the elections.”

That party expressed deep regrets over the unfortunate death of its members in the stampedes at some of its rallies.

The party reiterated its disappointment over what it described as the unfortunate action of INEC to postpone the election despite repeated assurances.

The caucus urged all party members across the country to rise above the temporary setback of the election postponement and recommit themselves to working for the victory of all their candidates.

The caucus alleged that the list of presiding officers in the states and local government areas published by INEC before the initial February 16 election date contained names of mostly PDP card carrying members.

The APC, therefore, urged INEC to take steps to correct this before the new date for the elections, to ensure fairness and credibility of the electoral process.

The caucus also urged security agencies to step up their activities by ensuring that all those involved in violence, ballot box snatching, and falsification of results should face the full weight of the law.

The part said the February 23rd new election date must remain sacrosanct and all issues of logistics or foreseeable challenges must be addressed before the date.

The party which had earlier accused INEC of giving the opposition Peoples Democratic Party prior information about the postponement of elections said it is curious how this happened when the sitting president was not aware.

The caucus, therefore, urged INEC to demonstrate its independence and neutrality beyond doubts in all its activities before, during and after the elections.

Poland pulls out of Israel summit in row over WW2 role