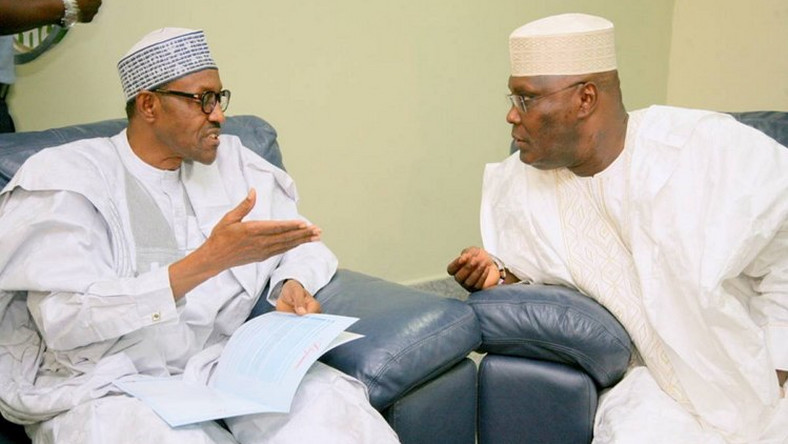 The presidential candidates of Nigeria’s ruling and main opposition parties have shunned the presidential debate that is currently underway in Abuja.

Three candidates are attending the debates scheduled for five candidates.

President Muhammadu Buhari was not available when the televised debate opened at 7:00 p.m. in Abuja. His counterpart in the Peoples Democratic Party Atiku Abubakar, also shunned the event.

Mr Abubakar’s campaign had earlier said he would not take part in the debate if President Buhari is absent. Party insiders said the former vice president feared he would be overwhelmed by the three other candidates, who are younger and more vibrant.

Mr Buhari also shunned the 2015 presidential debate when he was the main opposition contender.

Oby Ezekwesili, Kingsley Moghalu and Fela Duro-toye are taking part in the debate, which is being aired live by stations affiliated to the broadcasting organisations of Nigeria.

The running mates of all the five presidential candidates, however, participated in the vice presidential debates on December 14.

Dozens killed in al-Shabaab attack on Somali military base