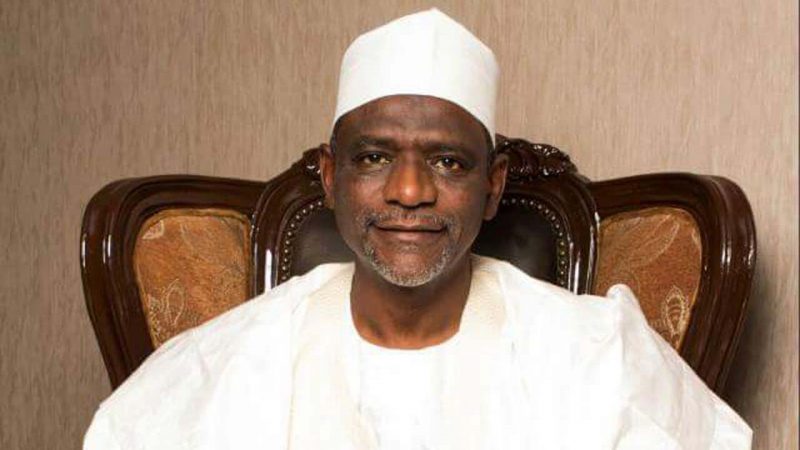 Owed over 12 months’ allowances, hundreds of Nigerian students on federal government scholarship in Morocco have cried out for help.

They say many of them now go cap in hand, begging to survive.

Some of the students, who are ashamed of begging on the streets, have taken to social media to beg their host communities for assistance.

The students, who spoke with PREMIUM TIMES from Morocco, said they were sent to study abroad under the Bilateral Education Agreement of the Federal Scholarship Board (FSB) programme, a parastatal of the federal ministry of education.

The scholarship is awarded to different cadres of students (undergraduate and postgraduate) who are sent to countries which Nigeria has such bilateral agreement with.

Under the bilateral agreement, the host countries take care of the students’ tuitions and accommodation, while the government of the mother country (in this case Nigeria) takes full charge of the students living allowances, which is to be paid monthly.

PREMIUM TIMES learnt that the minimum monthly allowance for an undergraduate is $500; which also goes with an annual bursary of $450, to take care of their medical, clothing for warming and winter period.

Those studying medicine get an extra $500 annually.

But despite this clear arrangement, the students say the Nigerian government has not only defaulted on its part of the agreement but also made their lives very difficult.

“Unfortunately the Federal Government of Nigeria has failed to keep its own part of the agreement and this is affecting both our wellbeing and our academics,” said one of the students who spoke to PREMIUM TIMES on condition of anonymity, for fear of victimisation.

The students said for the past three years, the FSB has not been very transparent in how it handles the payment of their allowances, especially when they would open payment for a fresh year without offsetting backlogs of owed stipends from previous years.

The students informed PREMIUM TIMES that the amount owed them would have been more than what is accrued now, had some Nigerian students enjoying similar scholarship in another country not taken a protest to the Nigerian embassy when Senate President Bukola Saraki visited Moscow last year.

“Thanks to the Senate president, Abubakar Bukola Saraki, who, after the protest from the (students in Russia last year, summoned the FSB director to ensure the payment of part of the stipends last year, in November,” the student said.

“Since then, we are yet to receive any dime from the scholarship board. That has rendered most of us homeless, starving and living on excessive debts, to survive.

“We want the federal government to know that our parents can’t afford to send us money from home all the time, especially with the current exchange rate and been that living abroad demands a lot of support.

“This situation is really affecting our academic activities and even our well-being as many who are sick or having one problem or the other especially the women looking at their vulnerability, have no means of taking care of their problems.”

The students said they had made several entreaties to the FSB recently but were only given verbal assurances that the board will try to pay only three (3) months of all that is owed them this year (2018), without any further word on when the remaining months of 2018 and other backlogs of 2016 and 2017 would be paid.

“The three months they promised to pay out of 2018 will not help or solve our problems as we will have to settle the debt we took from one source or the other to survive the whole year circle of no pay by the board,” the students lament.

The students say the high cost of living in Morocco, compared to Nigeria, makes things more difficult for them.

The students have to go outside the campuses to search for alternative accommodations because the partner countries, in the bilateral agreement, who are supposed to take care of tuition and accommodation, only provide a space for 10 to 15 persons per room; and only during the first year, which is called the language year.

After that, students are left on their own to sort out their accommodation needs.

“To rent a single room in an apartment will cost you nothing less than a $120 a month and this goes without the water and light bill,” a student said.

“As it is now, some of our colleagues have been issued notice by their landlord to leave their house due to lack of payment and they have nowhere to go. Some are being threatened that they will be taken to the police station or even to court because they have not paid the landlords for 12 months.

“How about our transportation, feeding, clothing, buying of hand-outs in school and other school materials needed by, especially of medicine, dentistry and architecture students?”

The students said the FSB’s constant narrative for the excuse of not paying their allowances is non-passage or implementation of budgets.

“We don’t even know what the problem is. We were told that our money is in the budget and that we will get our money immediately the budget is passed but it’s always not the case since the budget was passed since June and till date we are yet to receive a kobo,” a student said.

“Last year the Senate president asked the former director of the board (in a meeting they held together with the Senate committee on education) to capture all the outstanding debts or the students and give a total sum of the money needed to settle the students, so it can be captured in the budget, as well as to find an everlasting solution to this problem.

“But as it is now, nothing is released to us and all we hear is there is no money. With the lack of money, we receive more students every year, (coming to join) the chain of sufferings and begging to survive.

“The present director, on her visit to Morocco, following the incident with the Senate president in November, also made mention of the fact that scholarship board is placed under capital budget and as such, our money is to be released quarterly and that is why we are having difficulty in receiving our money as at when due.”

According to the student, the director said there is no way they can get their owed money paid in full, that the three months they are to get now is for the first quarter of 2018 (Jan, Feb and March).

“We want to appeal to the federal government to please look into that and move us to recurrent budget with a one way money release, as the money is meant for feeding, not for capital projects, so as to ensure an everlasting solution to this problem.

“We are pleading with all the prominent officials who have a say in this matter to act promptly on this and ensure the release of our money, the suffering is too much and also there is need to review the whole system because we go through this every year.”

The Federal Ministry of Education told PREMIUM TIMES that neither the students nor journalists have the right to complain or ask questions concerning the plight of Nigerians on government scholarship abroad.

A spokesperson of the ministry, Bem Goong, chose to use profane language, in response to PREMIUM TIMES’ inquiry.

He said the students should be grateful for being done a favour to study abroad for free, and not complain about their unpaid allowances.

When PREMIUM TIMES contacted Mr Goong, via a text message, to give clarifications on the issue of the foreign scholarship, his SMS response was “Are you also paying them? I’m at a loss as to why our students will contact U (you) about payment, instead of the federal ministry of education. Talk to me.”

Before our reporter could reply to his text message, Mr Goong called and began to rain abuses unbecoming of his office and expected status.

“You said that some students who are on scholarship abroad have approached you with complaints; are you also paying them?

“If they approach your office pay them!

“How can you be talking to me like that?

“I believe that if they have issues over payment, they should come to the scholarship board, the organisation paying them. But if they chose to go to the press; you pay them! I have no apology for saying that!

“I am not the PR manager that is afraid of the press. I have been in this job for 28 years. So, if some students, who are being helped to study for free choose to go to the press instead of the ministry, you pay them.

Even when PREMIUM TIMES kindly told Mr Goong that his confrontational stance was unnecessary, given the issue brought before his office, and all that was needed was an explanation, the information officer, who bragged off with his 28 years’ experience in public relations, retorted that, “I don’t care, I will shout ten times non-stop. Let me tell you, I started this profession before you got into your mother’s womb.

“Don’t ever send me that kind of text message. And that is my response to you – that I am not scared of a journalist. Go and do what you want to do with it, you animal, (you) idiot.”

While the education ministry declined to respond officially, an official of the ministry told PREMIUM TIMES that there were no fund releases from the finance ministry to pay the students. The official said the students were, like many other capital projects of the government, suffering from lack of funds.

While the education ministry, directly responsible for the students’ plight, was confrontational in its approach, an aide to President Muhammadu Buhari promised to look into the situation.

Mr Buhari’s adviser on Diaspora matters, Abike Dabiri, on Sunday expressed concerns about the recurring incident. She urged the National Assembly and the Federal Scholarships Board (FSB) to look into it.

“This matter, which has been a recurring issue for years, needs to be tacked once and for all by NASS and the Scholarship board. We will be engaging them continuously on this,” she wrote on her verified Twitter handle in response to the complaints by some of the students.

My suggestion to the scholarship board is to verify and pay, urgently .However if not adequately captured inthe new budget, we will be back to square one . We need to put a stop to the embarrassment permanently . Been on for years https://t.co/PViu9jYmhV

According to her, Immediate steps must be taken while provision must be made in the 2019 budget to ensure payment.

“My suggestion to the scholarship board is to verify and pay, urgently. However if not adequately captured in the new budget, we will be back to square one. We need to put a stop to the embarrassment permanently. Been on for years,” she said