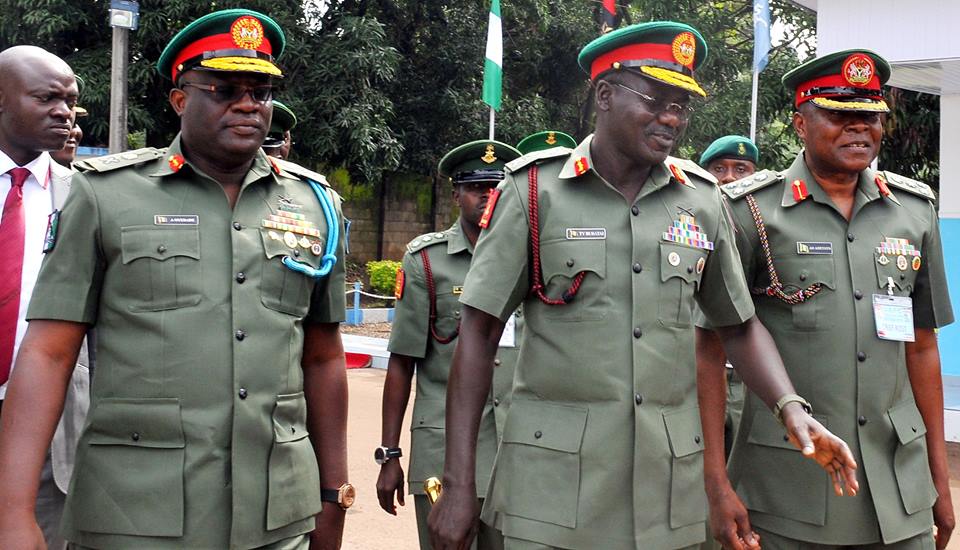 A few hours after it announced a controversial suspension of UNICEF activities in the Boko Haram-ravaged North-east, the Nigerian Army has reversed itself.

PREMIUM TIMES reported how the army on Friday afternoon announced the suspension, accusing the UN agency of acts that encourage Boko Haram terrorism.

UNICEF is one of the several international organisations working to assist victims of the Boko Haram insurgency in the North-east.

The army did not provide any evidence of its accusations and did not state if it had the approval of President Muhammadu Buhari to take such decision. A presidential aide also avoided speaking on Mr Buhari’s role in the saga, simply saying a meeting would be held between the army and UNICEF to resolve the controversy.

In a statement signed by the Deputy Director Public Relations, Onyema Nwachukwu, late on Friday, the army said the meeting had been held.

It was Mr Nwachukwu who also signed the statement announcing the suspension, which was condemned by prominent rights group, Amnesty International.

In his second statement, the colonel said the army changed its decision after the intervention of “concerned Nigerians.”

“Sequel to intervention by well meaning and concerned Nigerians over the recent suspension of UNICEF,” the army said.

“The Theatre Command Operation LAFIYA DOLE convened and held an emergency meeting with representatives of UNICEF this evening.

According to the statement, the army urged UNICEF to ensure they share information with relevant authorities whenever induction or training of new staff is being conducted in the theatre.

“During the meeting, the Theatre Command admonished the representatives of the organization to desist from activities inimical to Nigeria’s national security and capable of undermining ongoing fight against terrorism and insurgency.

“The Command also urged UNICEF representatives to ensure they share information with relevant authorities whenever induction or training of new staff is being conducted in the theatre.

“Consequently, after extensive deliberations on the need to seek modalities to work harmoniously with the security agencies in the theatre of operation, the Theatre Command has henceforth lifted the three months suspension earlier imposed on UNICEF activities in North Eastern Nigeria.”