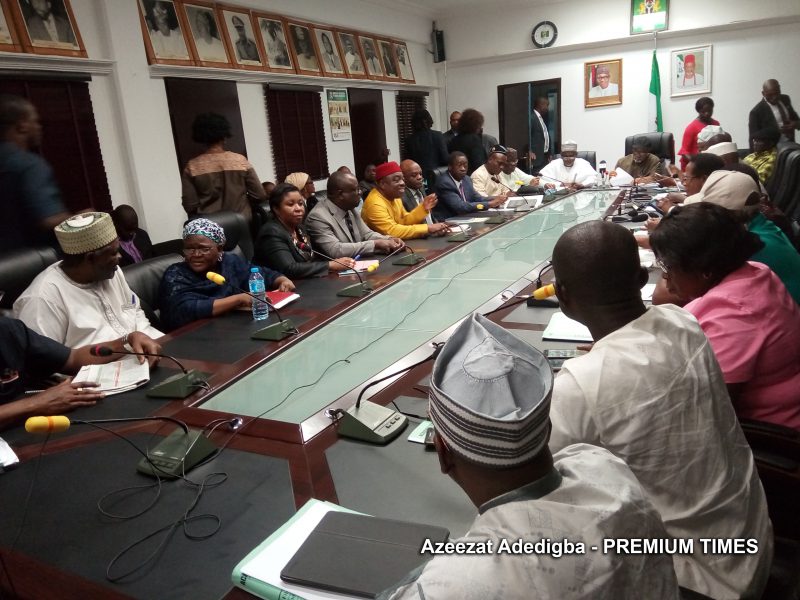 File photo of ASUU meeting with the Nigerian govt delegation

The federal government on Monday resumed talks with the leaders of the Academic Staff Union of Universities (ASUU) over the ongoing strike in public universities.

The university lecturers have been on strike since November 4 demanding improved funding of universities and implementation of previous agreements with the government.

The ASUU delegation arrived at the ministry at exactly 4:10 p.m. but none of the federal government delegation was around then.

Also in attendance is the national president of the Nigeria Labour Congress, Ayuba Wabba.

The meeting is holding at the Federal Ministry of Labour and Employment, Abuja.

At least four other meetings have been held between both parties since the strike began.

When the government delegation arrived, the minister of education, Adamu Adamu, was absent. However, the permanent secretary of the education ministry, Sunny Echono, was present.

The government delegation was led by the labour minister, Chris Ngige.

While addressing the ASUU delegation, Mr Ngige appealed to the striking lecturers to ensure that Monday’s dialogue yields results.

”The strike is five weeks old today and it is not in anybody’s interest. We will ensure the needful is done,” he said.

In his speech, the NLC president, Mr Wabba, urged the federal government to urgently do the needful if it really wants to end the strike action.

National Sports Festival: Okagbare, others set for action in athletics