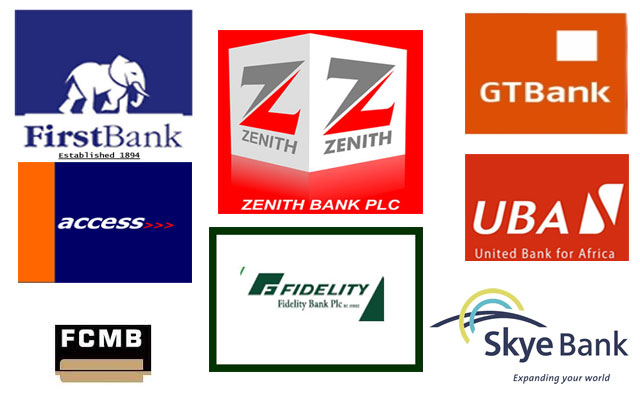 EXCLUSIVE: 10 Nigerian banks paid over N1 billion as emoluments to top directors in 2017

Ten banks operating in Nigeria paid a combined sum of over N1 billion to their respective highest paid directors in 2017, a PREMIUM TIMES’ analysis of the banks financial statements has shown.

A breakdown of the figures show that while GTB led the pack with the highest payment made to its highest earning director, Diamond Bank paid the least amount among the banks.

The details are contained in the banks’ consolidated financial statements and annual accounts for the year ended December 2017, submitted to the Nigerian Stock Exchange (NSE) and made public earlier in the year.

Diamond Bank, with the least amount among the 10 banks, paid N35 million to its highest paid director.

Although it is largely believed that the highest paid director in the bank is often the Chief Executive Officer (CEO), it was unclear whether this was the situation in the cases of the banks whose accounts were reviewed by this newspaper.

A top official of one of the banks who declined to be identified because he was not authorised to speak on the matter, told PREMIUM TIMES that in most cases, the ‘highest paid director’ may refer to a top official of the bank and not necessarily the CEO.

Meanwhile, checks revealed that while a number of directors earnings remained unchanged at the end of the 2016 and 2017 financial years, others had their remuneration raised within the two-year period.

Zenith, Access, Wema and Fidelity banks maintained the same amount of emoluments paid to their highest earning directors in the two years under review, while UBA, GTB, FCMB, First Bank, Union Bank and Diamond Bank had varying degrees of reviews in their directors’ payments for the two financial years.

For instance, while UBA’s highest paid director earned N119 million in 2016, the amount was increased by about N19 million to make it N138 million in the following year.

FCMB also raised its pay for its highest earning director by about 15 percent from N80 million in 2016 to N95 million at the end of 2017.

It was the same for First Bank whose highest paid director, according to filings made to the Nigeria Stock Exchange (NSE),earned N118 million in 2017, up from N105 million in 2016.

Union and Diamond banks also increased the payment from N166 million to N172 million and N33 million to N35 million between 2016 and 2017 financial years, respectively.

As the banks made huge payments to their respective highest earning directors, further checks revealed that a number of them raked in billions as profit at the end of the year under review.

Others however recorded significant drop in their revenue and profits.

PREMIUM TIMES’ review also showed that for many of the banks, the directors’ annual remuneration details excluded pension contributions and other benefits accruing to the beneficiaries.