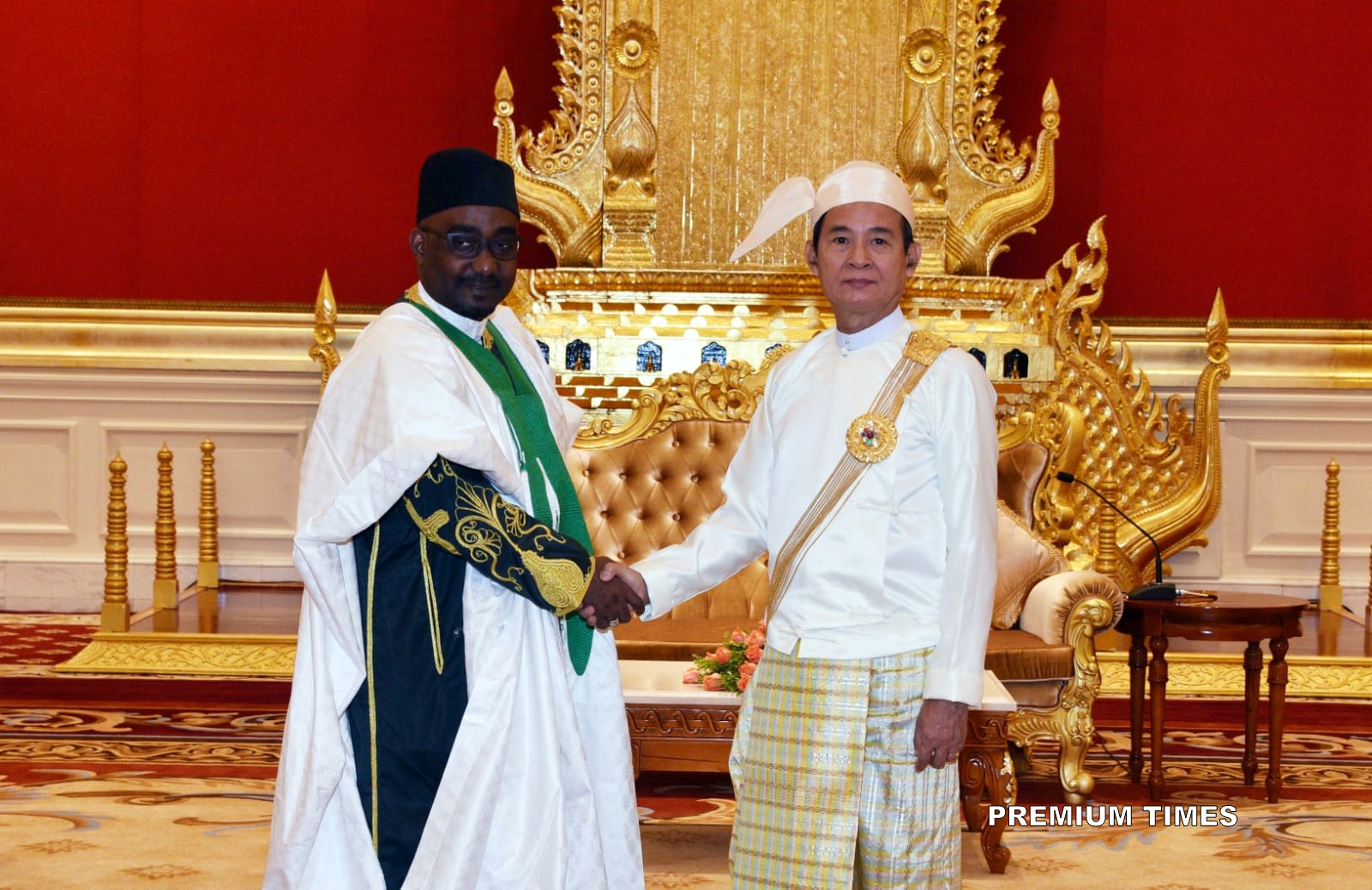 There could be up to 650 unidentified Nigerian soldiers who died and were buried in Burma (Now called Myanmar) during and after Second World War.

If confirmed to be true, the number is more than 10 times number of dead soldiers officially recorded by the Nigerian government as buried in the Asian country.

Until last week, Nigerian government had reportedly only identified 63 slain members of the Nigerian Regiment who fought in the 1st West African Brigade of the 82nd West African Division of the colonial British Army.

But about a week ago when the new Nigerian ambassador to Thailand and Myanmar, Ahmed Bamalli, visited the President of Myanmar, Win Myint, to present his Letter of Credence and also meet with the Nigerian community in the country, he was taken around the Rangoon War memorial, Yangon.

A close aide of new ambassador provided details of the event and shared some of the pictures with PREMIUM TIMES.

During the tour, the diplomat visited the cemetery at the war memorial that houses over 6,000 soldiers who died during the Burma Campaign of the Second World War. At the cemetery, Mr Bamalli was informed by one of the officials at the war memorial that there were at least 650 graves of Nigerian soldiers who fought in the war buried in another cemetery in the country.

“I visited the cemetery in Rangoon and we saw quite a number of graves there; but the people who are overseeing the cemetery under the British government said there is another cemetery that has very large number of Nigerians buried there,” Mr Bamalli told PREMIUM TIMES during a telephone conversation.

“The number of graves we saw in Rangoon was just 25 but there is another bigger cemetery which is in another province about 1 hour away from Rangoon that is the one that has large number of Nigerian soldiers. When I go back to Myanmar and we have accurate data then we can go back to the government.”

Mr Bamalli said after he gets the accurate number of the Nigerian soldiers buried in the country, he would inform the Ministry of Foreign Affairs and other relevant agencies.

The soldiers, who were mainly recruited from Northern Nigeria, fought alongside other African troops mainly from Northern Ghana, to dislodge the Japanese Imperial Army from its occupation of Burma between 1942 and 1945.

Some of the soldiers of the regiment were as young as 16 when they were recruited into the Forgotten Army as the division was known because they did not get the recognition they deserve for participating one of the bloodiest campaign of the war.

The African soldiers of the division served as mechanics, drivers, artillerymen, medics and clerks, as well as infantrymen and carriers.