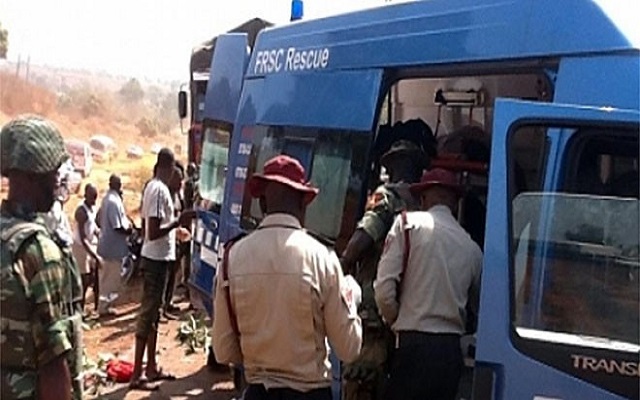 Fourteen people have been crushed to death by a truck on Ilesha – Akure expressway on Thursday evening, a Federal Road Safety Corps (FRSC) official has confirmed.

PREMIUM TIMES gathered that the accident occurred due to break failure and crushed vehicles coming from the opposite direction at Erinmo-Ijesha, Ilesha-Akure Expressway, Osun.

There are also allegations that the accident was primarily caused by the police who were trying to extort money at a checkpoint.

“The break of the truck failed so it ran into other vehicles, claiming the lives of fourteen people. The driver of the vehicle could not be located after the accident,” Olaiya Ruth, an eyewitness, told PREMIUM TIMES.

Another witness said “the driver disappeared immediately the accident happened. While people were trying to save lives of victim.”

He said “the agency is making efforts to clear the road for easy vehicular movement.”

Jonathan accepted defeat in 2015 due to imminent recession — Fashola