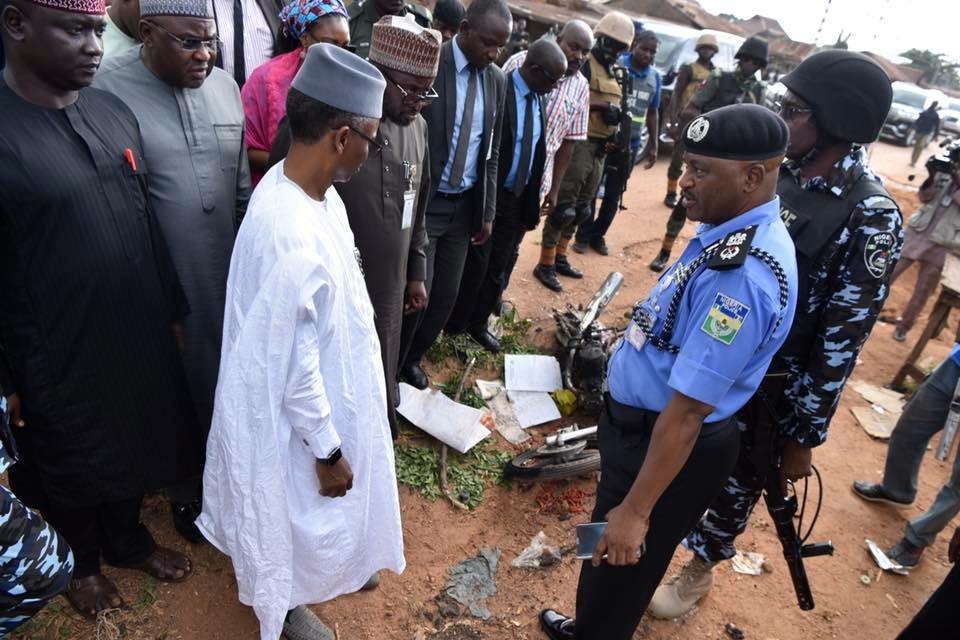 The Kaduna State Police Command on Friday said 55 people were killed in Thursday’s communal crisis at Kasuwan Magani in Kajuru Local Government Area of the state.
The State Commissioner of Police, Ahmad Abdur-Rahman, who disclosed this at a press briefing in Kaduna, said that the police had arrested 22 suspects in connection with the mayhem.

PREMIUM TIMES reported how the Kaduna State Government on Thursday declared a 24-hour curfew on the community following the violence.

Mr Abdur-Rahman said mobile and conventional policemen as well as a team of the state joint security Operation Yaki, dispatched to the town had restored normalcy in the area.

According to him, he has also visited the town and engaged youth leaders, traditional and religious leaders in the efforts to stop the crisis and prevent its spread

He noted that the timely imposition of curfew by the Kaduna State Government also helped to douse tension in the area.

“Anybody that has a hand in this crisis must face the full wrath of law, we will not allow lawlessness; we remain committed to saving life and property of every citizens,” he said.

He appealed to the public to continue to live in peace, and assist the command with useful information to track the perpetrators.

Also on Friday, residents of Kasuwan Magani were charged to shun violence and learn to live in peace.

Governor Nasir El-Rufai gave this admonition on Friday when he visited the community following violent clashes between rival youth groups there on Thursday.

PREMIUM TIMES reported how the state government reacted to the disturbances by imposing a 24-hour curfew on the community.

In a statement on Friday by his spokesperson, Samuel Aruwan, the governor called on the residents to live in harmony, despite the religious and ethnic diversity of their community.

Mr El-Rufai assured residents that the government will prosecute those responsible for the violence in their community.

According to the statement, the governor led a team of senior government officials to Kasuwan Magani around 4 p.m. and immediately received briefings from Mr Abdur-rahaman.

He thereafter moved around the town, accompanied by traditional and religious leaders.

Following the tour, Mr El-Rufai interacted with the leadership of the Christian Association of Nigeria (CAN) and Jama’atu Nasril Islam (JNI) in the local government area.

“We are here to see and to listen for ourselves. We must live in peace and never use violence to solve a problem. We are not happy with this and government will pursue and punish those responsible for this devilish act,” he said.

“We must value the sanctity of life. I want to beg you to cooperate with the security agencies because prosecution of conflict entrepreneurs is inevitable. I will come back in one week time to see how things are.”

The News Agency of Nigeria reports that a similar crisis in February left more than 10 people dead in Kasuwan Magani.

A total of 65 people alleged to have been involved in the February crisis were arraigned in court but the case is still pending.