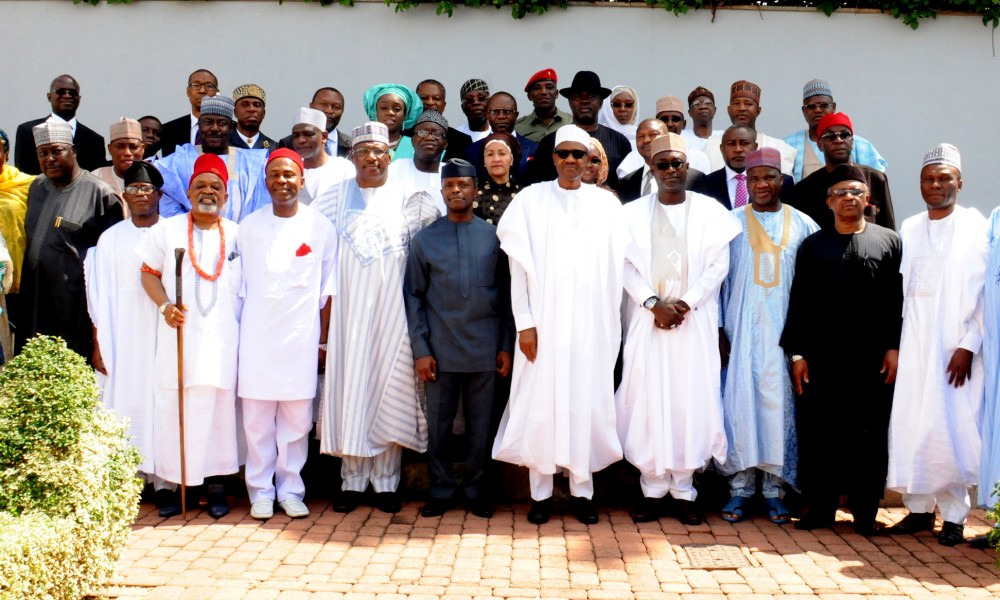 EXTRA: Other Buhari ministers without NYSC certificates; and why

Two ministers in the cabinet of President Muhammadu Buhari were lately busted by PREMIUM TIMES for not participating in the mandatory national service scheme, an offence punishable with jail term.

Discreet checks and months of investigations by this newspaper revealed that both Kemi Adeosun and Adebayo Shittu did not take part in national service, though neither of them was exempted by law.

However, while Mrs Adeosun was forced to resign as minister of finance on September 14, Adebayo Shittu is staying put as minister of communications, putting up a defence lawyers consider laughable. The ruling All Progressives Congress (APC) has however disqualified Mr Shittu from contesting the Oyo governorship election due to his lack of NYSC certificate.

On the heels of these, however, PREMIUM TIMES discovered that a number of other ministers have no NYSC certificates.

A close look at the credentials submitted by the ministers prior to their appointments in 2015 show that Audu Ogbeh, Osagie Ehanire, Anthony Anwuka, Mustapha Shehuri, Amina Mohammed and Hadi Sirika did not submit NYSC certificates.

But for this set of ministers, the case is different from that of Mrs Adeosun and Mr Shittu. They did not need to serve.

Some of them graduated before the effective date of the scheme. One of them was exempted for serving in the military. Another earned his first degree after crossing the 30-year mark while two others did not earn degrees or their equivalents.

Section 1 of the NYSC Act provides details on effective dates for the scheme. For Nigerian graduates, it gives the commencement date as the end of the 1972/1973 session.

Subsection b of the same section provides end of 1975/1976 session as the commencement date for foreign graduates.

Meanwhile, section 2 of the NYSC Act exempts Nigerians serving in the Armed Forces and security organisations from participating in the national youth service.

Also exempted from the mandatory scheme are those who earned their bachelors degrees after their 30th birthday, and those with national honours.

Audu Ogbeh belongs to the last set of Nigerian graduates who didn’t participate in the NYSC scheme. He graduated from the Ahmadu Bello University, Zaria, one year before the commencement of the mandatory national service for Nigerian graduates. He escaped it!

The agriculture minister was born 13 years to Nigerian independence in 1947. He schooled at St. Michael’s Secondary School, Aliade, Benue State, and finished secondary education at King’s College Lagos in 1968. Mr Ogbeh enrolled for a degree in French at ABU graduating in 1972.

The minister needs not have NYSC certificate as the decree proclaiming the scheme gives 1972/73 session as the commencement date of the policy. First set of NYSC participants graduated in 1973/74.

As expected, Mr Ogbeh’s curriculum vitae makes no mention of NYSC at all.

Call him Pa Osagie Ehanire, and you are right. This medical doctor from Edo State is probably younger only than President Buhari in the cabinet. He will be 72 on November 4.

Mr Ehinare is the minister of state for health.

When young Ehanire graduated from the Ludwig Maximilian University of Munich in 1973, the NYSC decree was not in effect.

A meticulous Mr Ehanire explained this in his CV by quoting the entire Section 2, subsection b of the NYSC Act which explains commencement of the scheme for foreign graduates.

The doctor obtained other medical qualifications and held a number of positions before his appointment by President Buhari into the cabinet.

From Imo State, Anthony Anwukah was born in 1951 and graduated from the University of Sierra Leone in 1974. The former vice chancellor of the Imo State University also missed participating in the national service by a year.

The 67-year-old educationist was educated at universities of Portland and Washington, in the United States and has taught at the University of Maiduguri, National Teachers Institute, Kaduna and the Imo State University.

The education professor was appointed secretary to the state governor by Imo State Governor, Rochas Okorocha, a position he occupied from 2011 to 2015, the year he was appointed minister.

He deputises for Adamu Adamu at the ministry of education.

Abdulrahman Dambazau, Mr Buhari’s interior minister, falls under the category of exemption for his status as a military personnel at the time of his graduation.

Mr Dambazau enrolled into the Army as a young man in December 1974. He later obtained a bachelor of science degree in Criminal Justice from Kent State University, in the United States, while in service.

In contrast to Mr Dambazau, his fellow ex-serviceman, Mansur Dan-Ali, the minister of defence, participated in the NYSC scheme. Mr Dan-Ali served because he only enrolled into the Army after graduating from the Kaduna Polytechnic where he obtained a higher diploma in Photogrammetry in 1982.

Mr Dan-Ali served in Benue State and joined the Nigerian Defence Academy a year later for short service induction into the Army.

Mustapha Shehuri obtained his bachelors degree only in 2007, at the age of 46, from the University of Maiduguri.

Before obtaining the Sociology and Anthropology degree in 2007, Mr Shehuri had earlier bagged an advance diploma in Public Administration from the same institution.

For graduating above the age of 30, the minister of state for housing was fit for exemption, on account of age.

However, his credentials obtained by PREMIUM TIMES did not include the NYSC certificate of exemption.

Calls and text messages to Mr Shehuri to clarify this were not answered.

Mr Shehuri was the Borno State gubernatorial candidate under the Congress for Progressives Change (CPC), promoted by President Buhari for the 2011 elections.

She was appointed minister by President Buhari and served in the position until her UN top job.

Born in Liverpool, United Kingdom, in 1961, Mrs Mohammed attended primary school in Kaduna and secondary school in the UK.

Having no bachelors degree or its equivalent, the former minister of environment needed no NYSC certificate and made no pretension about it.

In 1989 she was admitted into a training programme at Henley Management College but, according to her 2015 CV, the programme was not completed.

Prior to her appointment as minister, Ms Mohammed occupied many important positions in and outside Nigeria, including as Special Advisor to the UN Secretary General, and instructor at Columbia University.

The Minister of State for Aviation, Hadi Sirika, does not have a certificate of national service. Reason: Like Amina Mohammed, Mr Sirika has no bachelors degree or similar qualification.

He trained at the Nigerian Civil Aviation Training Centre in Zaria, and in US aviation institutions, including Delta Aeronautics Inc., Petroleum Helicopters Training Institute and Flight Safety International Limited. His qualification is not considered to be equivalent to a degree.

As a politician, Mr Sirika was long involved with the politics of President Buhari.

Mr Sirika was a member of the House of Representatives between 2003 and 2007.

He contested and won a senatorial seat in 2011 under Mr Buhari’s Congress for Progressives Change (CPC).