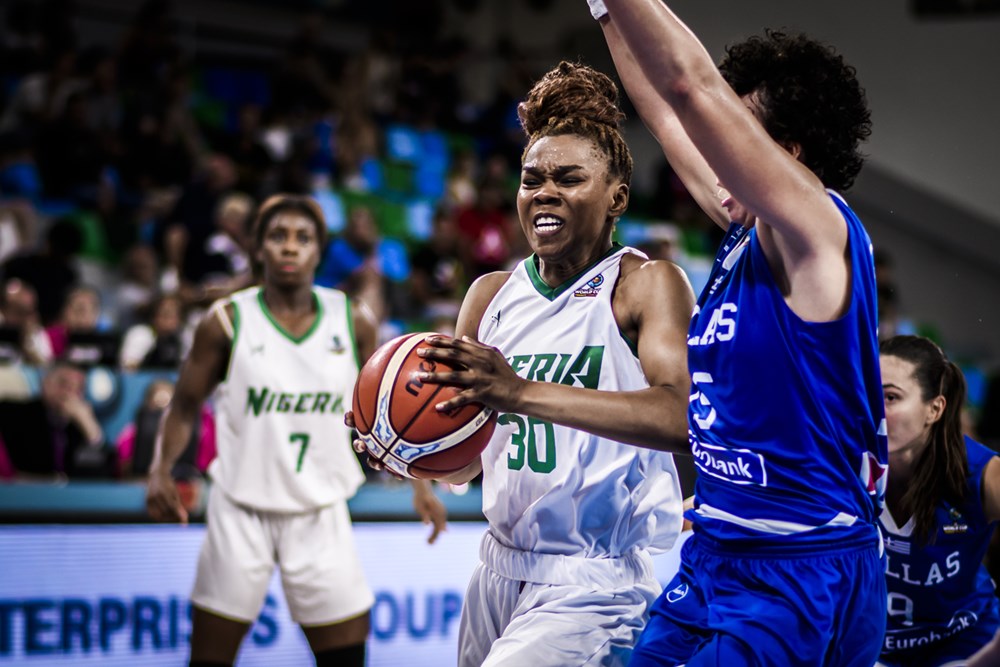 The Nigeria Women’s basketball team, D’Tigress, have qualified for the quarter-final stage of the ongoing FIBA Women’s Basketball World Cup in Spain.

D’Tigress sealed their place among the last eight teams with a nervy 57-56 win over Greece on Wednesday at the Santa Cruz court in Tenerife.

Having secured back-to-back wins against Turkey and Argentina, expectations were high that the Coach Otis Hughley tutored side will continue their record-breaking run at the World Cup and that they did even though it was not any easy against the Greeks.

It was all tied at the end of the first quarter as the Nigerian Ladies had 15 points just as their Greek counterparts did.

Things, however, got better for the D’Tigress in the second quarter as they established a five-point going into halftime; winning 16-11.

The third quarter got better for Nigeria as they further increased their lead with their 17-11 win.

The Nigeria Women’s basketball team now have their work well cut out as they are billed to face the United States of America in the quarter-final.

Facebook, Google, others to tackle spread of fake news