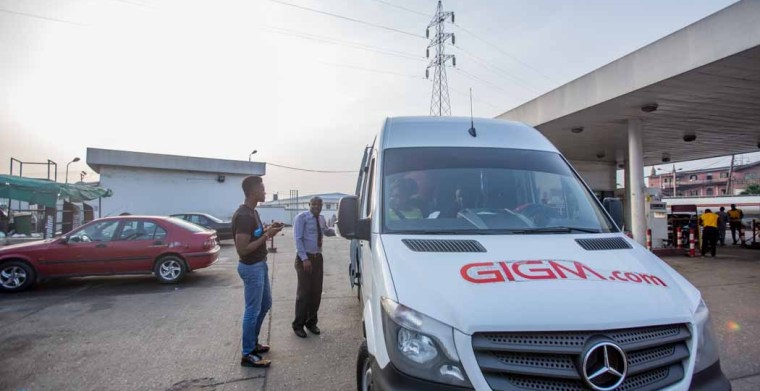 God is Good motors used to illustrate the story.

Family members of some of the passengers who were kidnapped after boarding a bus belonging to God Is Good Transport on Saturday narrated how they secured their release.

The family members who spoke to PREMIUM TIMES over the phone said the transport company was yet to contact them more than a week after the incident despite the passengers filling out the phone numbers of their next-of-kins in the manifest.

Inter-state road travellers in Nigeria are required to fill out a passengers’ manifest stating their phone numbers and that of their next-of-kin before the beginning of a journey.

The manifest is submitted to the transport company and is used to reach out to the passengers’ relatives in cases of emergency.

“How the incident happened is miraculous and God Is Good (Motors) have not gotten in contact with us,” a family member of one of the kidnapped passengers told PREMIUM TIMES.

“How can a company involved in this sort of incident not reach out or make efforts to empathise with the affected families?”

A copy of the passengers’ manifest obtained by PREMIUM TIMES showed that 13 passengers – eight males and five females – boarded the bus, a Toyota Hiace, with registration number AYB 30 XP on September 13 at the Enugu terminal of the God Is Good Motors.

The final destination of the vehicle, which departed the Enugu terminal at 7 a.m., was Jibowu, Lagos.

However, on getting to Ore in Ondo State at around noon, they were intercepted by armed gunmen and taken to an unknown destination.

One of the victims told PREMIUM TIMES her family in Lagos facilitated her release after about six days in captivity.

The victim, an elderly woman, added that herself and other victims who are still being held captive, were tortured and denied food by the kidnappers.

Her family, according to her, paid ₦1 million to the kidnappers to secure her freedom.

The victim’s son (name withheld) narrated how his mother and other passengers were abducted penultimate Thursday.

“It happened on Thursday last week and my family paid ₦1 million to secure my mum’s release,” he said.

“They were abducted in Ore, Ondo State at noon, as it was a daytime trip. I don’t know how the kidnap happened; all I know is that we received the call from the kidnappers asking us to pay a certain amount.

“We could hear our mum’s voice in the background; she was in distress and begged us to cooperate with the kidnappers.

“I didn’t even know that the bus driver and the bus itself were not abducted until we made our findings. My mum is currently under medication – she alongside other passengers were starved and tortured. She was malnourished and she has to recover from the incident.”

He further said that although they are shocked that the transport company had not gotten in contact with them or the other affect families nine days after the incident, they are happy to have their mother back with them alive.

“One of the victim’s families called me on Friday to tell me that his sister and her daughter are still being held captive,” he said.

“My father made contact with Ore (police) station, they said they should bring the case to Abuja; the manager in Lagos was arrested for questioning.”

He said the police were involved in the search and rescue of his mum.

“At some point, they (police) were even asking us if there was anything we could do to get our mum out while they try will close up on the kidnappers.”

PREMIUM TIMES contacted another relative of one of the kidnapped female passengers but he declined comments citing security reasons.

“I can’t say anything until my sister is released. Please understand my plight,” he said.

Two other persons whose relatives are still being held captive by the kidnappers told PREMIUM TIMES they are too traumatised to comment.

The management of Good Is Good Motors is yet to make any official statement nine days after the incident.

Repeated phone calls to the number listed on the company’s official website were not answered.

The victim who spoke to PREMIUM TIMES alleged that the driver of the bus, whose name is listed on the manifest as Victor Afadama, is currently in police custody after he escaped during the kidnap.

But when contacted on Saturday, Femi Joseph, the spokesperson of the Ondo State Police Command, denied knowledge of the incident.

“Which passengers? I am not aware. I will have to confirm. I will find out from the officers on ground,” Mr Joseph, a deputy superintendent of police, told PREMIUM TIMES.

Phone calls to Mr Afadama’s number, as listed on the manifest, failed to go through.