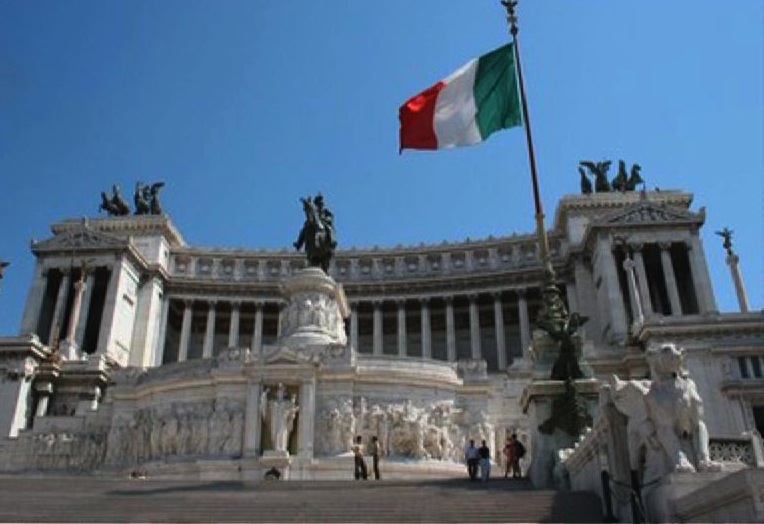 An Italian Court used to illustrate the story [photo: Euronews]

A Nigerian man and his accomplice in Italy were on Thursday sentenced to four years each for their roles in the controversial Malabu oil deal, marking the first victory for Italian prosecutors in the complex corruption case.

The deal, struck in 2011 under President Goodluck Jonathan, saw the Nigerian government stand as a negotiator in the controversial sale of OPL 245 oil block in offshore Nigerian waters.

Two international oil and gas giants, Royal Dutch Shell and Italian Agip-Eni, paid out about $1.1 billion to Dan Etete, a former Nigerian petroleum minister who had previously been convicted of money laundering in France.

The payout immediately became a subject of cross-border investigation spanning over six countries. Several Nigerian government officials were believed to have received several million dollars in bribes for the enabling roles they played.

Emeka Obi, a Nigerian consultant in England, and Gianluca Di Nardo, an Italian, stood as middlemen in connecting the parties and the transfer of the funds through international bank accounts.

They were found guilty and sentenced four years each on Thursday and another £100 pounds confiscated in connection with the case, Reuters reported.

The pair had opted for a quick trial for their roles in the deal. The process in Italian law offers a possible reduction in any sentence.

A larger trial including Shell, Eni and 13 other defendants is ongoing. The prosecution will start presenting their evidence next Wednesday.

“Today sees the first men fall in the murky Malabu scandal. As Shell and Eni’s trial looms, time will tell whether it’s just the middlemen who pay the price for this epic crime against the Nigerian people,” said Barnaby Pace, anti-corruption campaigner at Global Witness.

“But one thing’s for certain: this judgment will send shivers down the corporate spines of the oil industry – and will surely alarm Shell and Eni employees and shareholders who have been repeatedly told that there was nothing amiss with the OPL 245 deal.”

The larger trial is remarkable for both including two of the world’s largest corporations and a number of Eni and Shell’s current and former senior managers.

According to prosecutors, Mr Obi kept in frequent contact with executives at Eni attempting to broker the sale of the oil license from Malabu Oil and Gas, a company owned by former Nigerian Oil Minister Dan Etete.

Prosecutors accused Messrs Obi and Di Nardo of intending to use commissions from the deal to pay bribes to Nigerian public officials and kickbacks to Eni and Shell managers.

Since 2012 when it first denied all allegations to PREMIUM TIMES, Shell had insisted that it only paid the Nigerian government for the OPL 245 oil block and did not know Mr Etete was the recipient or that he was an ex-convict.

But in 2017, Shell told the New York Times it had dealt with Mr Etete who awarded the OPL 245 oil block to his own secretly owned company, Malabu, while serving as petroleum minister from 1995-1998.

The case against Eni and Shell brought by the Milan public prosecutor alleges that $520 million from the deal was converted into cash and intended to be paid to Mr Jonathan, members of the government and other Nigerian officials.

The prosecutors further allege that money was also channelled to Eni and Shell executives with $50 million in cash delivered to the home of Eni’s Roberto Casula.

Antonio Tricarico of the Italian NGO Re:Common said: “Milan public prosecutors were right to bravely take Eni and Shell and their top managers to trial in Italy.

“The time has come that the Italian government, as main shareholder of Eni, considers suspending all those managers involved in the case until the final judgement.”

“We hope to see the money from this deal swiftly returned to the Nigerian people.” said Nick Hildyard of Corner House.

Eni and Shell, together with their managers and other defendants have denied wrongdoing and vowed to establish their innocence in the ongoing trial.