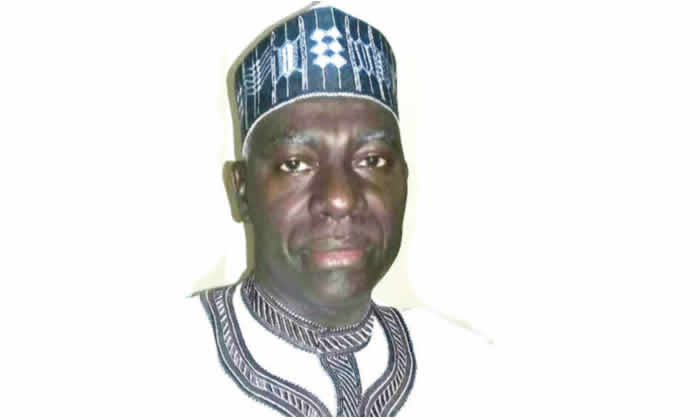 Some Nigerians on Twitter have reacted to the appointment of Yusuf Bichi as the new Director-General of the State Security Service (SSS).

Mr Bichi was appointed by President Muhammadu Buhari on Thursday.

According to a statement by Mr Buhari’s spokesperson, Garba Shehu, Mr Bichi replaces Matthew Seiyefa, who has been operating in acting capacity since Lawal Daura was dismissed. He is appointment takes effect from Friday (today), September 14.

Some Nigerians including a presidential aspirant, Donald Duke, and a federal lawmaker, Ben Murray-Bruce, have expressed disappointment at the president over his choice and equally accused him of nepotism.

“PMB has just appointed Yusuf Magaji Bichi as substantive DG SSS. Against the clamour to broaden the heads of our nations security framework, PMB has proven himself an irredeemable irredentist. SAD!!!,” Donald Duke tweeted.

Mr Bruce also tweeted, “Seiyefa was the ONLY Southerner heading an Intelligence agency. He was competent and loyal. In the interest of federal character and north/south balance, President @MBuhari should have retained him. Bichi may be competent, but how can all intelligence (units) be headed by Northerners?”

Others, however, believe Mr Bichi is qualified for the position.

Below are some reactions:

I found the @OfficialAPCNg’s response to @TheEconomist and @HSBC very disappointing. If you disagree with such illustrious bodies, all you need to do is give reasons why they are wrong. You dont castigate them. The Economist endorsed @MBuhari in 2015, were they unreasonable then?

PMB has just appointed Yusuf Magaji Bichi as substantive DG SSS. Against the clamour to broaden the heads of our nations security framework, PMB has proven himself an irredeemable irredentist. SAD!!!

I congratulate President @MBuhari for appointing yet another Northerner, Yusuf Magaji Bichi, to head the Department of State Security. Whoever doubted Buhari’s 97% versus 7% statement can now see the President is dead set on his Northernisation of government policy #RenosDarts

Yusuf Magaji Bichi enlisted in the defunct NSO in 1982. He retired aftr 35 yrs of service in 2017 as Daura's Finance & Admin Director but was retained by Lawal Daura for few months & then released Feb 2018. It's likely thro him Daura will run the agency by proxy. It cld get worse

I am just reading that Yusuf Magaji Bichi who has just been appointed as the new DG of the SSS by President Buhari actually retired from service last year after 35 years of service. The President is heartless. He is tone deaf. Continue to support him it's your right. I am out.

DFirst Question I Expected From Young Wailers Was, Is Yusuf Magaji Bichi, Qualified? But, Alas It's All About Ethnocentrism.

I really think Nigerians should leave ethnicity out of this Yusuf Magaji Bichi appointment, the question is, is the man qualified? Is he equipped with adequate commonsense? Can he do the job, if he can I really don't think his ethic group he hails from should be up for debate😼

But are you aware the Yusuf Magaji Bichi retired after 35 years of service in 2017 as Daura's Director of Finance & Admin but kept illegally till Feb 2018 by Daura. But now brought back from retirement to head the agency?

Buhari appointment of Yusuf
Magaji Bichi as new DSS boss is forever a good move. Security over anything. The man is qualified for the position. Your bigotry tweet won't do any harm to his appointment. Keep calm and watch out for Buhari 2.0.