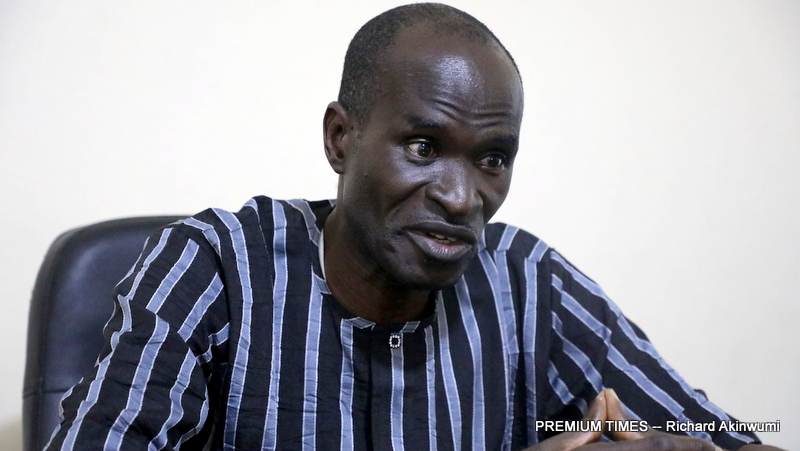 Why SSS linked me to militants – Journalist Jones Abiri

A recently released journalist, Jones Abiri, has explained the circumstances that resulted in his arrest and detention for two years, without trial, by security operatives.

Mr Abiri was arrested in July 2016 by operatives of the State Security Service, following allegations that he was linked to the Niger-Delta militants.

Mr Abiri, publisher of the weekly Source Magazine based in Bayelsa, was held incommunicado in an SSS detention facility without arraignment in court, while top government officials claimed he was not a practicing journalist.

After repeated calls and media campaigns for his release, Mr Abiri was arraigned alongside Collins Opume, a student of Niger-Delta University from Bayelsa State.

He was released on bail by a Magistrate Court in Abuja on August 15.

In an interview with PREMIUM TIMES, Mr Abiri narrated the circumstances that resulted in his arrest and how he was linked to a militant group in the Niger-Delta.

“I was arrested in my office in Yenegua. That was on the July 21 2016. About 23 minutes after three o-clock. Twelve men came into my office and showed me a warrant for searching my office, duly signed by a magistrate, Lucky. I gave them the privilege to search my office. After the search, they could not find any incriminating thing.

“What they found was a phone that they had been tracking. The phone was brought to my office by some men who had come to ask me to do a statement for them as a journalist. They said someone directed them to me. And I did not know that they were having an ulterior concept (motive) for asking me to anchor the statement, when there were other journalists.

“At a point, I wanted to resist. But two of them threatened me. They said I must write the press statement, if I was mindful of myself. So I became afraid for my life and decided to write the press statement for them. It was published by various media houses and later they called me and said that there was a particular story that was published that the government had reacted to the story and that they would like to react to the position of government.

“At that point, two of them came. They were looking quite haggard. They asked me to help them charge a small Nokia phone. The phone should cost about N2,000 or so in the market. It’s one of these old phones. Unknown to me that was the phone they were using to send text messages to oil companies demanding for money.

“I ignorantly agreed to help them charge the phone. I did not know that AGIP had sent a petition to the SSS, state command, which had resulted in the tracking of the number inside the phone. They gave me the phone and left, as if to return shortly. When they did not come back, I realised that there was no way I could contact them, because the phone I was using to contact them, was charging in my office. So I removed the phone and put it in my drawer.

“They (security operatives) found the phone in my drawer. That purportedly linked me to becoming the leader of Joint Niger-Delta Liberation Force which I do not know. I am not the founder nor a member of the militant group.”

Mr Abiri added that the ease with which he was found by the operatives was proof of his innocence since militants were mostly known to be elusive.

“If I had been attending any of their meetings, I would not have been operating an office for the production of newspapers, in Yenagoa. I would have been in the creeks. They wouldn’t have seen me. More so, I was running a programme, I was a law undergraduate. A level three law undergraduate. As a law undergraduate and mindful of the facts about the illegality of militancy, why would I condescend so low as to be involved in such a thing?” Mr Abiri said.