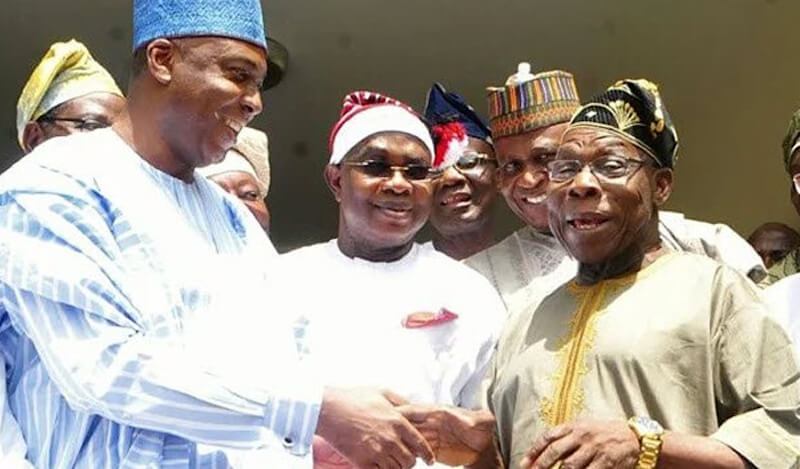 Last week, Nigeria’s political space was dominated mostly by the results of the just concluded by-elections in some parts of the country, uncertainty over reconvening of the National Assembly and calls for the resignation of Senate President, Bukola Saraki.

Unlike previous weeks recently, however, there were little or no reports of movements of elected public officers between political parties.

Below are some of the major stories last week:

In what could be best described as a morale boost, the ruling All Progressives Congress (APC) after losing some of its National Assembly members to other political parties, won three out of the four by-elections in parts of the country. APC won Bauchi South Senatorial District, Katsina North Senatorial District and Lokoja/Koton-Karfe federal constituency while the Peoples Democratic Party (PDP) had the consolation of winning a House of Assembly seat in Cross-River State.

The Rivers State Governor, Nyesom Wike, said he has no preferred presidential aspirant for the PDP. About a dozen aspirants have declared interest in the ticket of the party. The governor also warned that Rivers people will resist any attempt by the APC federal government to rig the 2019 election, adding that the federal government has no single project on ground in the state to sell APC’s candidates during the forthcoming general elections.
Monday:

The Imo State Governor, Rochas Okorocha, attributed the difficulty of the Igbo to produce a Nigerian president to the people’s alleged knack for dragging down their rising leaders. “The Igbo do not know how to honour their own. They rather like to run down any of their rising leaders. The pull-him-down syndrome is high in Igboland. And it is very unfortunate,” the governor who is the only one of the All Progressives Congress in the South-east, said.

The PDP rejected the result of the Bauchi South senatorial election held on Saturday, describing it as the most scandalous ever in the history of the state and Bauchi South in particular.

Senate President, Bukola Saraki, Monday evening held a closed-door meeting with former President Olusegun Obasanjo in Abeokuta, the Ogun State capital. He however declined comments after the meeting which came a week after he met with former military ruler, Ibrahim Babangida, in the latter’s home in Minna, Niger State.

A PDP presidential aspirant, Ahmed Markafi, promised to restructure Nigeria to the best interest of every citizen if elected next year. According to a statement sent to PREMIUM TIMES, Mr Markafi said this on Monday in Asaba when he met with Delta State Governor, Ifeanyi Okowa, and delegates to the forthcoming national convention of the party from the state.

Another PDP presidential aspirant, Attahiru Bafarawa, said he would not leave the party if he loses the primary election. Mr Bafarawa, who is a former governor of Sokoto State, stated this in Minna, the Niger State capital, on Monday at a meeting with the Niger State delegates of the party ahead of the PDP national convention slated for October 5 and 6.

Contrary to the expectation of the National Assembly reconvening as earlier announced by the Deputy Speaker, Yusuf Lasun, the presiding officers of both chambers through their spokespersons announced that there is no date for the resumption of the lawmakers.

Gombe State Governor and presidential hopeful under the PDP platform, Ibrahim Dankwambo, visited former President Olusegun Obasanjo as part of his consultations. The meeting came a day after Senate President Bukola Saraki also met with Mr Obasanjo. None of the officials spoke about the details of their meeting which held few days after Mr Saraki also met with ex-military ruler, Ibrahim Babangida.

Reacting to a newspaper publication, the Nigerian presidency announced that President Muhammadu Buhari was not under pressure to drop his re-election bid ahead the 2019 election. The spokesperson to Mr Buhari, Femi Adesina, said in a statement that the story by Daily Independent newspaper with the headline, ‘Pressure mounts on Buhari not to seek re-election,’ was a work of “fiction parading as news”.

NEC registered 23 new political parties, ahead of the 2019 general election. This brought to 91, the number of registered political parties in Nigeria. The commission also extended the ongoing Continuous Voter Registration (CVR) exercise by two weeks. INEC initially said it would suspend the CVR exercise on August 17 until after the 2019 general elections.

The National Chairman of APC, Adams Oshiomhole, appealed to the members of the party in the House of Representatives and the Senate to reconvene the parliament by all legal means. He insisted that Senate President Bukola Saraki must resign or be impeached by all legal means.

Senate President Bukola Saraki said he was ‘actively considering’ running against President Muhammadu Buhari in the 2019 elections. In an interview with Bloomberg Mr Saraki said he is still making consultations on the ambition.

Like the senate president, Hamza Al-Mustapha, former Chief Security Officer to late Head of State, General Sani Abacha, said he will join the presidential race if prevailed upon by Nigerians to do so. Mr Al-Mustapha, a retired major, gave the indication in Kaduna during an interview shortly after a meeting with United Christian Leaders Eagle Eye Forum which backed him to join the 2019 presidential race.

An FCT High Court in Bwari restrained Senate President Bukola Saraki from declaring the seat of former Minority Leader of the Senate, Godswill Akpabio, vacant. The court also restrained Mr Saraki from taking any action against Mr. Akpabio who recently dumped the PDP for the APC aimed at “overreaching his privileges and rights as a senator pending the determination of the originating Summons of the applicant.”

The Sokoto State Governor, Aminu Tambuwal, on Thursday alleged that President Muhammadu Buhari is sick and a cabal is running his government. He also said that he was under pressure from many Nigerians and foreigners to run for president in 2019.

For the second time, the National Assembly committees saddled with over-sighting INEC invited management of the electoral body to give further clarifications on the 2019 General Elections Budget.

In an effort to boost Governor Udom Emmanuel’s morale after Godwill Akpabio, a senator, defected from the opposition PDP to the APC, Senate President Bukola Saraki led a delegation of PDP senators to Uyo, to visit the governor.

The Ekiti State governor-elect, Kayode Fayemi, raised an alarm over incumbent Governor Ayodele Fayose’s decision to recruit 1000 teachers and another 1000 workers into the state’s civil service. But Mr Fayose argued that the recruitment was in keeping his promise to the people of the state.

Controversial senator, Dino Melaye, in a new video mocked his colleague, Godswill Akpabio. In the new video, he was seen praising the incumbent governor, Udom Emmanuel, as having surpassed the performance of his predecessor, Mr. Akpabio. Mr Melaye was among a handful of senators who accompanied the Senate President, Bukola Saraki, on a solidarity visit to Mr Emmanuel in Uyo.