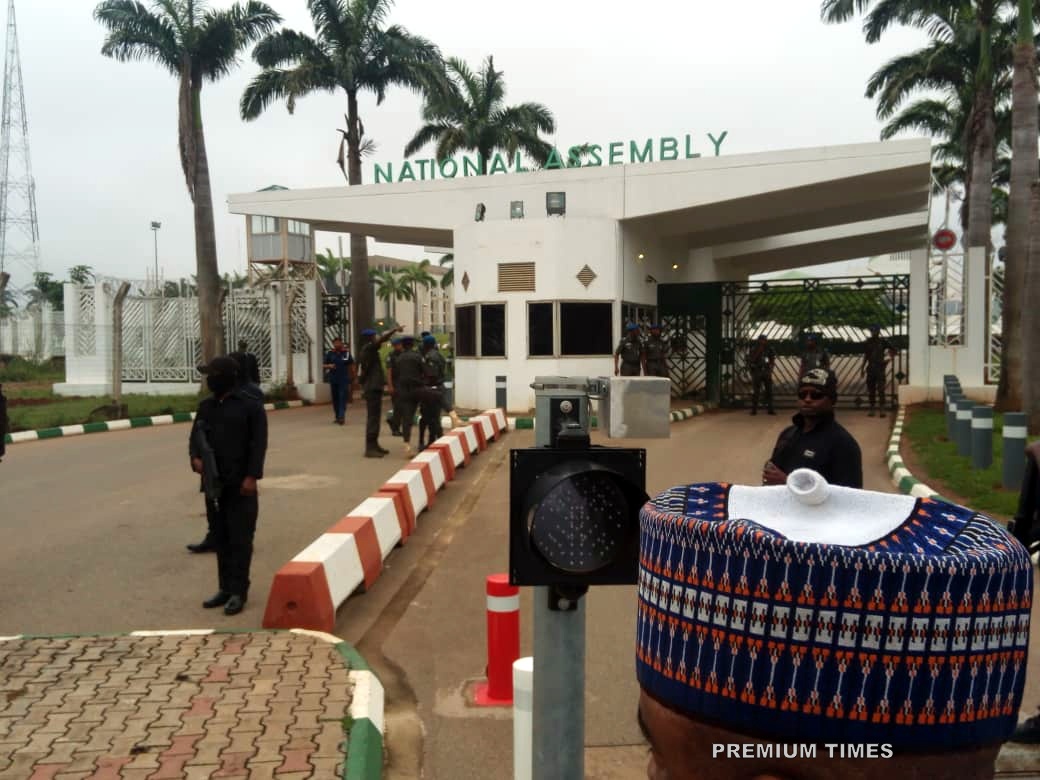 Politics in Nigeria last week was filled with the usual drama; from defection to the dismissal of top government officials and war of words amongst politicians.

Most of the happenings revolved around members of the National Assembly and the presidency.

Here are some political highlights from the past week:

–          The Deputy Governor of Kano State, Hafiz Abubakar, resigned his position. He said his resignation was due to “irreconcilable differences on matters relating to governance and government operations, personal opinion and respect for democratic ideals and values.”

–          The Reformed All Progressives congress (R-APC) accused the leadership of the All Progressives Congress (APC) of trying to woo senators with N50 million to facilitate the removal of Senate President Bukola Saraki who recently defected from the APC to the opposition PDP.

–          The Presidency appealed to the National Assembly (NASS) to reconvene as urgent matters pending before it may affect the running of Nigeria and matters affecting Nigerians.

–          The President of the Senate, Bukola Saraki, called for a meeting of the leaderships of the two chambers of the National Assembly – the meeting which was expected to have in attendance principal officers of the Senate and the House of Representatives, was to enable the lawmakers discuss pressing national issues.

–          Officers of the State Security Services laid siege to the National Assembly and barricaded the entrance to the complex, turning back lawmakers and workers. Some lawmakers claimed the siege was to aid senators who support President Muhammadu Buhari to remove Senate President Bukola Saraki and his deputy, Ike Ekweremadu.

–          Following the siege, the Acting President Yemi Osinbajo summoned the Inspector-General of Police, Ibrahim Idris, and the Director-General of the State Security Service, Lawal Daura, at the Presidential Villa, Abuja.

The two security chiefs, who arrived Aso Rock at different times, were to update the acting president on security developments including the blockade of the National Assembly by security officials.

Mr Osinbajo, thereafter, ordered the immediate dismissal of Mr Daura and ordered him to hand over to the most senior SSS official, Matthew Seiyefa.

–          Barely an hour after the announcement of Mr Daura’s sack, security operatives lifted the siege at the National Assembly.

–      The APC later described the siege at the National Assembly as purely legislative matter which has nothing to do with the party or its chairman. Although the ruling party would change its position on the siege twice within the next 24 hours.

–          The Presidency dismissed reports that the decision of the Acting President to sack Mr Daura, had anything to do with power struggle between him and President Muhammadu Buhari, stating that President Buhari was fully aware of the events that led to the sacking of the former SSS chief.

–          “I will not give in (to pressure). I will not. I was elected by members,” the Senate President, Bukola Saraki stated while addressing a press conference on Wednesday. He said he will not yield to calls for him to leave his post.

–          The National Chairman of the Peoples Democratic Party, PDP, Uche Secondus, while reacting to the siege on the National Assembly, asked the United Kingdom to expel President Muhammadu Buhari from the country, alleging he (Mr Buhari) planned the siege from there.

–          A national leader of All Progressives Congress (APC), Bola Tinubu, alleged that some members of the National Assembly were planning to remove President Muhammadu Buhari and warned the plotters to drop their sinister move because it is not “possible for a lizard to wrestle an antelope’’ – an allegation which was bluntly denied by Bauchi Central Senator, Isa Misau.

–          The Deputy Speaker of the Kaduna State House of Assembly, John Audu, on Friday defected from the ruling APC.

–          The APC National Chairman, Adams Oshiomhole, in a press conference, asked the Senate President to either resign or be removed.

In his response, Mr Saraki lashed out at Mr Oshiomhole stating that all efforts to remove him from office will end in futility.

–          A leader of the All Progressives Congress in Ekiti State, Bunmi Ojo, was shot dead on Friday night at a football viewing centre in Ado-Ekiti, the state capital, witnesses said.

–          Mr Ojo, a former personal assistant to former Governor Segun Oni, was attacked by unknown persons at the centre located around Ajitadidun area in Ado Ekiti, during the Manchester United and Leicester City opening match of the European Premier League. Witnesses said the gunmen shot Mr Ojo in the head before escaping, causing pandemonium at the centre.

–          The Kwara State Chapter of the APC asked the Senate President to emulate the former Minority Leader, Godswill Akpabio, and resign.

While the Katsina election was conducted to fill the Katsina North senatorial seat which became vacant after the death of Mustapha Bukar, the senator who represented the district until his death in April 4, the election in Bauchi State was to fill the seat occupied by late Ali Wakili.

The Kogi and Cross River elections were conducted to fill the vacant Lokoja/Kogi seat in the House of Representatives and for the Obudu constituency respectively.