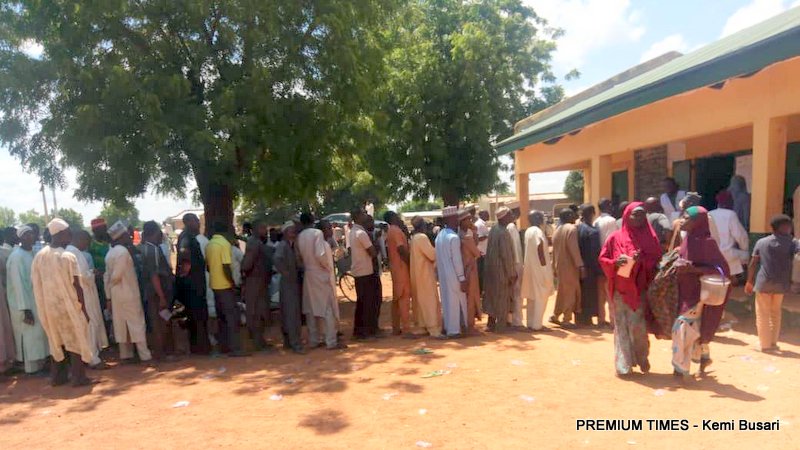 Massive turn out in Galadima A, PU 10

The Independent National Electoral Commission has declared Ahmad Babba-Kaita as winner of the Saturday by-election held to fill the vacant Senate seat for Katsina North.

Mr Ahmad, a member of the House of Representatives, polled 224,607 votes to defeat his brother and closest rival, Kabir Babba-Kaita who had 59,724 votes.

Mr Kabir is the PDP candidate.

“That Ahmad Babba-Kaita of APC having satisfied the requirement of the law and scored the highest number of votes is hereby declared the winner and is returned elected,” he said.

The senatorial seat became vacant following the death of a senator, Mustapha Bukar, in April.