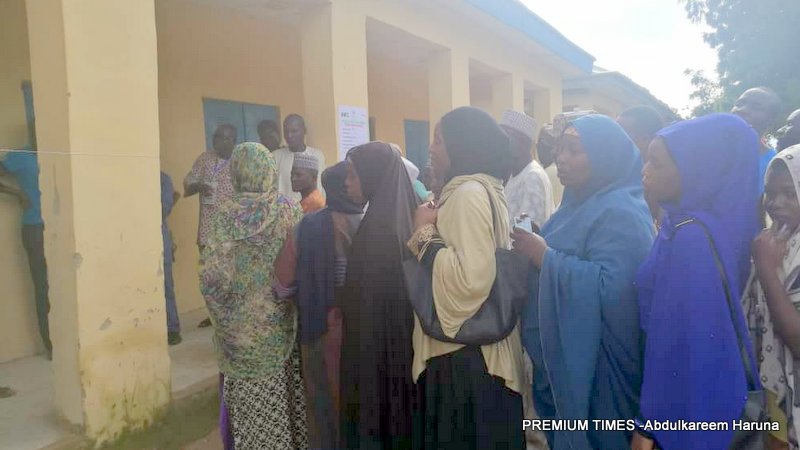 Today, eligible voters in Bauchi South Senatorial District of Bauchi State will decide who will represent them at the Senate following the vacancy created by the death of the former occupant, Ali Wakili, in March this year.

All the contenders have concluded their campaigns and now await the electorates to decide who is more suitable to replace the deceased senator.

Nine parties are taking part in what is expected to be a keenly contested election.

Interestingly, the bye-election is seen as very crucial to the people of Bauchi State giving the fact that Bauchi South is generally considered as the core of the state.

Apart from being the largest senatorial district made up of seven local government areas, it is also considered the most educationally advanced district in the state.

Bauchi South is famed to have produced most of the notable names from Bauchi State including Nigeria’s former Prime Minister, Tafawa-Balewa, and the current Speaker of the House of Representatives, Yakubu Dogara.

Bauchi South has also produced all the state’s governors since 1999.

According to the Independent National Electoral Commission (INEC) the election will hold in the 75 electoral wards of the seven local government areas that make up Bauchi South Senatorial District.

In these wards, there are 445 voting units that are broken down into 1,499 polling points spread across the seven local government areas.

The local government areas that will be casting their ballots today comprise Bauchi, Toro, Dass, Tafawa-Balewa, Bogoro, Alkaleri and Kirfi.

The INEC Resident Electoral Commissioner (REC) for Bauchi State, Ibrahim Abdullahi, informed journalists on Thursday that electorates who will participate in the bye-election are those who voted in the 2015 general elections “and had collected their PVCs as at December 2017.”

The REC said “accreditation and voting during the election will be done simultaneously as voters will be accredited and allowed to cast their votes immediately.”

Mr Yuguda of GPN is the immediate former governor of the state.

Those seen as the strong contenders are Mr Gumau of APC, being a sitting member of House of Representatives and candidate of the government; and Salisu Ladan of PDP who is alleged to be backed by the former minister of FCT, Bala Mohammed.

The police said they have mobilised enough personnel to provide security for the entire exercise.

Voting is expected to start at 8 a.m.

At 8:23am,
Voting was yet to commence at Bagel Central primary school in Dass local government area.
Premium Times met the officials setting up their table.

@8:30, the polling officer, Odiwe Lydia read out the procedure for voting to the group of voters before the actual accreditation started at 8:35

One of the candidates for the bye-election, Maryam Bagel, was among the early arrivals at the polling unit, but met the officials unable to commence accreditation.

She called on INEC to speed up process of getting another functional card reader.

At Gobirawa/Sabongari unit 005 in Dott Ward of Dass LGA, accreditation started at 9 am but mix up of voter register is slowing down voting process.

Presiding officer, Dahiru Muhammad said they are waiting for the original voter register taken to another voting unit.

Officials at Bogoro D Polling unit of Bogoro Local Government Area said they have so far accredited 95 voters who have cast their ballots. They have 700 registered voters in the unit.The Speaker of the House of Representatives, Yakubu Dogara, is from Bogoro LGA.

At Maryam and Maryam-Kudu central polling centre in Tafawa Balewa, some voters could not cast their ballots two hours after commencement of accreditation due to some faulty card reader.

Other sub-units of the same centre are busy accrediting voters.

Voting started at 8:20am and election officials said they have so far accredited 315 voters who cast their ballots as at 12pm.

Major challenges are late arrivals of the female voters most of whom had to go to their farms first before coming to the polling centre at about noon.

Many of the voters had challenges getting to accredit electronically, as their fingers print were not readable.

Voting started at 8:20 am and election officials said they have so far accredited 315 voters who cast their ballots as at 12 pm.

Major challenges are late arrivals of the female voters most of whom had to go to their farms first before coming to the polling centre at about noon.

Many of the voters had challenges getting to accredit electronically as their fingers print were not readable.

PREMIUM TIMES ran into some of the INEC-accredited election observers at Bogoro local government who said they were satisfied with the conduct of the exercise.

Richard Adebayo, head of the Independent election observers team and official of from the Centre for Strategy, Ethics and Value, said “so far the exercise has been peaceful generally, though there is a semblance voter apathy occasioned by low turn out.”

“We have so far visited polling centres in Bauchi central, Tafawa-Balewa, and Bogoro and we are impressed with security coverage so far,” he said.

He also expressed concern on the issue of some card reads not functioning.

“I have personally called the REC and informed him about some of the challenges of the Card Reader and they promised to get it resolved.”

2:20pm: Speaker Dogara did not show-up in his polling unit.

It is already 2:20pm.The time for closing of accreditation at Gwaranga Polling units where the Speaker of the Federal House of Representatives, Yakubu Dogara is supposed to cast his votes.

But the number 4 citizen who was in his constituency to mobilize support for his preferred candidate, did not show up to exercise his right of franchise.

Many voters who waited after casting their votes to see him cast his, were left disappointed.

The distance between the polling unit to Dogara’s house in Gwaranga village is is about 400 meters.

The Presiding Officer at Gwarabga polling centre, said they had to extend the closure by 20 minutes because the actual accreditation started 20 minutes late.

Some threatening to destroy casted ballot they attempt to leave with unused ballot papers.