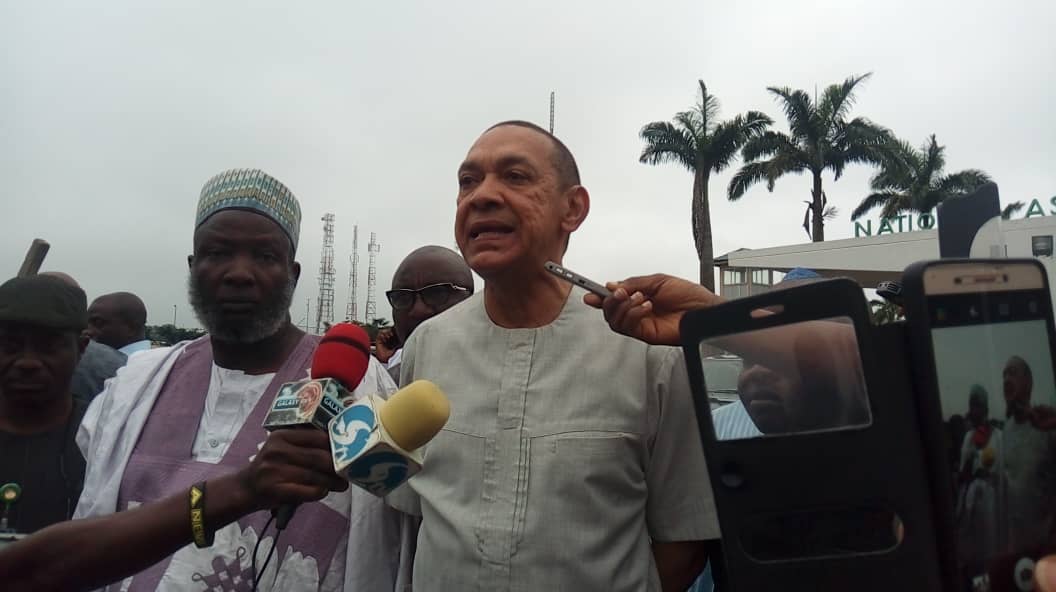 Ben Bruce speaking to newsmen at the National Assembly

Security operatives have lifted the siege on the National Assembly.

The lift came barely an hour after the announcement of the sack of the Director General of the State Security Service (SSS), Lawal Daura.

It also came some minutes after some senators left the National Assembly premises.

The mask-wearing officers, mainly of the SSS, who blocked entrance to the National Assembly from early hours of Tuesday, left the assembly gate at 2:49 p.m. Tuesday afternoon.

They had earlier told senators and journalists they were acting on order from above.

The senators who left the assembly complex earlier, were mainly of the opposition party, PDP.

Many senators of the ruling APC were not at the NASS on Tuesday amidst reports they were planning the removal of Senate President Bukola Saraki.

A senator, Dino Melaye, vowed PDP senators will continue their vigilance until their APC colleagues back down on the plan.

Ben Murray-Bruce and Forster Ogola were other senators who left the National Assembly.