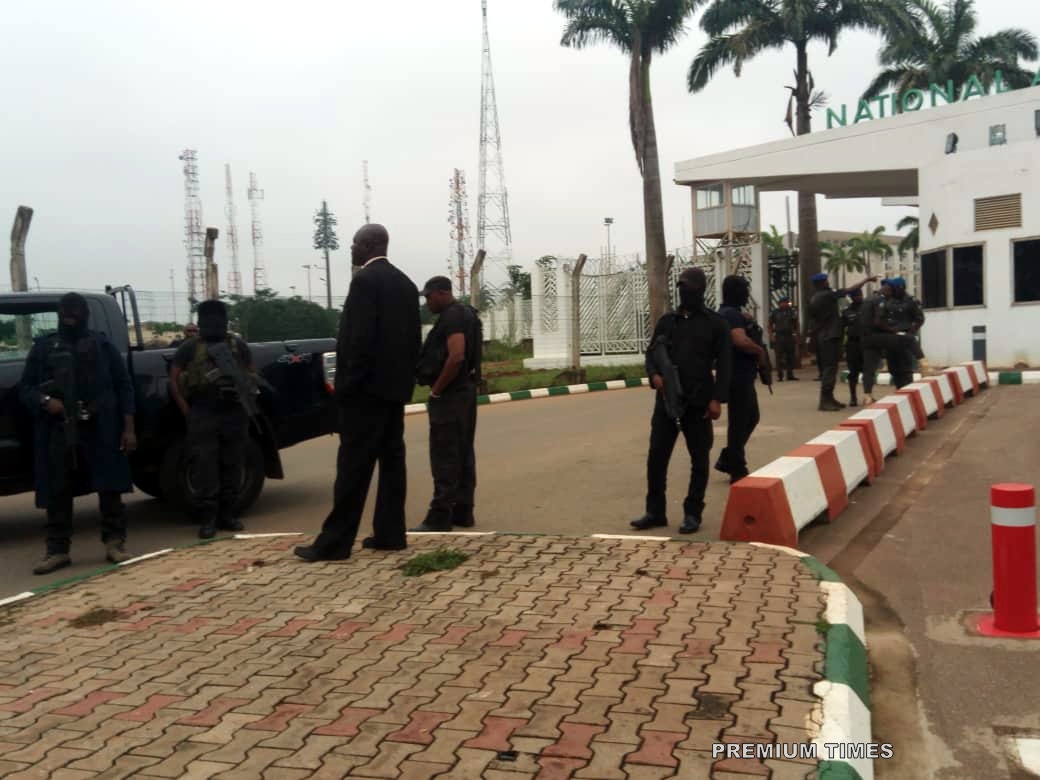 The All Progressives Congress (APC) has described recent development at the National Assembly as purely legislative matter which has nothing to do with the party or its chairman.

Reacting to the happenings, APC in a statement sent to PREMIUM TIMES said it is monitoring the situation and has no hand in it.

“Our attention has been drawn to mischievous attempts in some partisan quarters to link Tuesday’s developments in the National Assembly to the National Chairman of the All Progressives Congress (APC), Comrade Adams Oshiomhole.

“While the Party is monitoring the developments in the National Assembly like every other concerned Nigerian and stakeholder, there is absolutely no basis for all the false allegations and attempt to blame the APC National Chairman for the development there. It is strictly a legislative matter,” Yekini Nabena, the Acting National Publicity Secretary of the APC said in a brief statement.

The presidency is yet to speak on the siege by officials of the State Security Service (SSS). The SSS reports directly to the president.