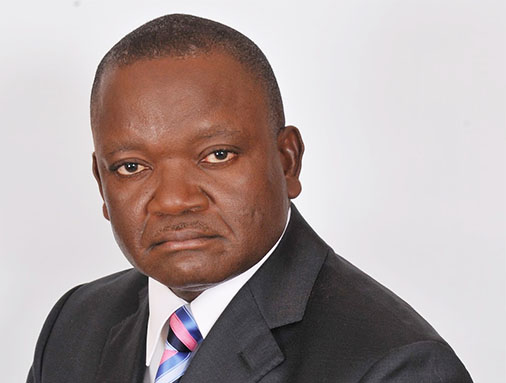 Why we must impeach Ortom – Benue APC lawmakers

Benue State House of Assembly has been plunged into crisis since its Speaker was impeached last week.

All Progressives Congress lawmakers in Benue State House of Assembly who are seeking the removal of Samuel Ortom have listed corruption allegations against the governor, accusing him of misappropriating billions in public funds while state workers groan amidst unpaid salaries.

Reports out of Makurdi, the state capital, on Monday morning said eight lawmakers took over the premises, suspended 22 remaining lawmakers and served an impeachment notice on Mr Ortom.

The Assembly has 30 members in total. It would take at least two-thirds to impeach the governor. Also, eight members cannot form a quorum, which requires at least one-third of the total.

But the APC lawmakers, led by Terkimbi Ikyange, who was impeached as speaker last week by at least 22 members of the assembly, said they are capable of impeaching the governor. They reportedly took over the parliament this morning based on security arrangements provided by the police and the State Security Service.

Mr Ikyange told reporters in Makurdi Monday morning that they had passed articles of impeachment against Mr Ortom and would serve him a notice “within seven days,” the News Agency of Nigeria reported.

Mr Ikyange said he has nine other lawmakers with him, giving his group 10 lawmakers in total. While this is enough to form a quorum, it is insufficient to impeach a governor as required by the Nigerian Constitution.

Also, NAN reported that Mr Ikyange only said they are 10 lawmakers, but did not provide the identities of the remaining nine. Reporters were also barred from observing the proceeding of the alleged 10 lawmakers.

The alleged corruption, by Mr Ortom, he said, resulted in the ongoing crisis about state workers’ salaries. Teachers and other civil servants, including those on minimum wage have sparred with Mr Ortom over irregular payments of salaries and emoluments.

The governor blamed lack of resources when he explained the situation to PREMIUM TIMES last September, saying the state only earned N250 million in monthly revenues while grappling with over N40 billion in unfunded liabilities.

The 22 lawmakers loyal to Mr Ortom described his impeachment as illegal. They sat at the Old Banquet Hall, Makurdi, after being denied access to the assembly complex, NAN reported.

House Majority Leader, Avine Agbom, said Mr Ikyange, who presided over the session by the purported 10 lawmakers, had been impeached and suspended for six months, rendering his activities illegal, null and void.

Mr Agbom also moved for the suspension of all members who attended the session where the said impeachment notice was initiated, NAN reported. Mr Ikyange was said to have also been barred from entering the parliament via a court order.

Terver Akase, a spokesperson for Mr Ortom, told PREMIUM TIMES 22 lawmakers on the platform of the Peoples Democratic Party, to which Mr Ortom recently defected, sat at the Government House Monday and conducted legislative businesses.

“It is not illegal for them to sit anywhere, so long as they have the maze and the clerk,” Mr Akase said. “The state is in good shape and the governor is still in his office.”

Mr Akase also said the governor has not yet been served, but the APC lawmakers only threatened to serve him within seven days. This contradicted what his colleague, Tahav Agerzua, initially told PREMIUM TIMES.

Mr Agerzua, a special adviser to the governor on media, told PREMIUM TIMES at about 10:00 a.m. that the governor was served impeachment notice. He, however, said the account was an error in a follow-up discussion with PREMIUM TIMES shortly after 2:00 p.m. Monday, agreeing with Mr Akaze that the lawmakers only threatened to do so within seven days.

Also, Mr Akase strongly denied the allegations of corruption against Mr Ortom, calling on President Muhammadu Buhari to call members of his party to order and save Nigeria from brigandage in a democratic system.

“The allegations are all lies and the attempt to impeach the governor remains illegal, null and void,” Mr Akase said. “We call on the president to prevail on SSS and police to stop attempt to truncate democracy and rather than being an accomplice.”

Security agencies have been accused of supporting the APC lawmakers to protect the interest of Mr Buhari.

The state police commissioner, Dapiya Gwana, told PREMIUM TIMES he knew nothing about the crisis at the parliament.

“I do not know anything about it,” Mr Gwana said. “I only arrived at my office.”

George Akume, a former Benue governor and serving APC senator, faced accusation that he sponsored the APC state lawmakers. He did not return PREMIUM TIMES’ requests for comments.