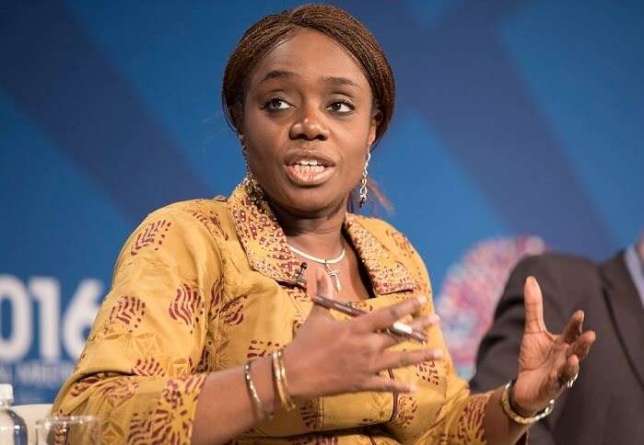 Buhari says law must punish all wrongdoers, but fails to act on Adeosun

Despite failing to act on PREMIUM TIMES’ revelation that his Minister of Finance, Kemi Adeosun, forged her National Youth Service Corps (NYSC) exemption certificate, President Muhammadu Buhari on Wednesday said all wrongdoers, no matter their status, must face the wrath of the law.

A PREMIUM TIMES investigation revealed that Mrs Adeosun did not only skip the year-long national youth service scheme, which is compulsory for all Nigerians who graduate from universities or equivalent institutions at less than 30 years of age, but also presented a forged exemption certificate.

Eligible Nigerians who skipped the service are liable to be sentenced to 12 months imprisonment and/or N2,000 fine, according to Section 13 of the NYSC law.

Section 13 (3) of the law also prescribes three-year jail term or option of N5,000 fine for anyone who contravenes provision of the law as Mrs Adeosun has obviously done.

Shockingly, Mr Buhari, who rose to power on the promise to rid the country of corruption has failed to act on the allegation or made any public statement about it despite calls from Nigerians, civil society organisations and the media for him to remove Mrs Adeosun and make her face the law.

But on Tuesday, after an early morning security siege at the houses of the Senate President, Bukola Saraki and his deputy, Ike Ekweremadu was linked to a ploy by the president’s loyalists to remove both men as presiding officers of the Senate, Mr Buhari said attempts by security agencies to enforce the law in cases that involves “Very Important Persons” should not be interpreted as political victimisation.

Though the police claimed it did not authorise the siege on the house of Mr Saraki, it had however, invited the Senate President on Monday night to appear for further questioning in relation to the April 5 bank robbery in Offa, Kwara State that left 31 people killed.

Mr Saraki had previously submitted a written statement to the police after the police claimed suspects in the robbery accused him of being their sponsor.

Mr Saraki has consistently denied he has anything to do with the robbers while insisting he was being framed for political reasons.

In a statement signed by his senior special assistant on media and publicity, Garba Shehu, President Buhari said the law of the country is not only made for the poor but also for “VIP”. Mr Buhari said it is bizarre that when people of high status are called upon to answer to the law, it is often viewed from the prism of partisanship.

Though the president did not name Mr Saraki nor Mr Ekweremadu, who was invited by the Economic and Financial Crime Commission (EFCC) for an alleged fraud and money laundering investigation, in the statement, it was clear he was making reference to their claims that they are being victimised for being politically opposed to the president.

He said the duties of law enforcement agencies is enshrined in the constitution and no one, including himself, is allowed to interfere with the discharge of their duties.

“This country cannot achieve development in peace when important cases are viewed through a political prism and the law is considered as being applicable to some, and not applicable to others.

“The workings of law enforcement agencies are set out in the constitution and the laws of the country. If they worked at the discretion of past presidents, who decided who to question and who to detain, Nigerians should get used to the fact that this President is different. President Buhari does not and will not influence or interfere with cases.

“The constitution clearly directs law enforcement agencies to promptly report and investigate any actual or potential infringement of the law and also initiate proceedings against all those involved. This President is not the one who directs them on what to do.

“President Buhari does not stand in the way of law enforcement either. Under our constitution, he has no powers to stop the investigation of anyone or institution. When they are set to investigate anything and anyone, the best friend of the law is the one who lets them do their work.

“The President’s constant refrain is that he will not tolerate any form of illegality including corruption and the law enforcement agencies have been given complete freedom to identify and bring all culprits to justice. His instructions to them are very clear: Anyone with a case to answer or found guilty should not be spared,” the statement read.

But while Mr Buhari makes such lofty argument about the primacy of the rule of law, 19 days after his finance minister was exposed of being in possession of a fake NYSC certificate, he has allowed her to continue to work as one of the leading ministers in his cabinet instead of allowing the law take its course.