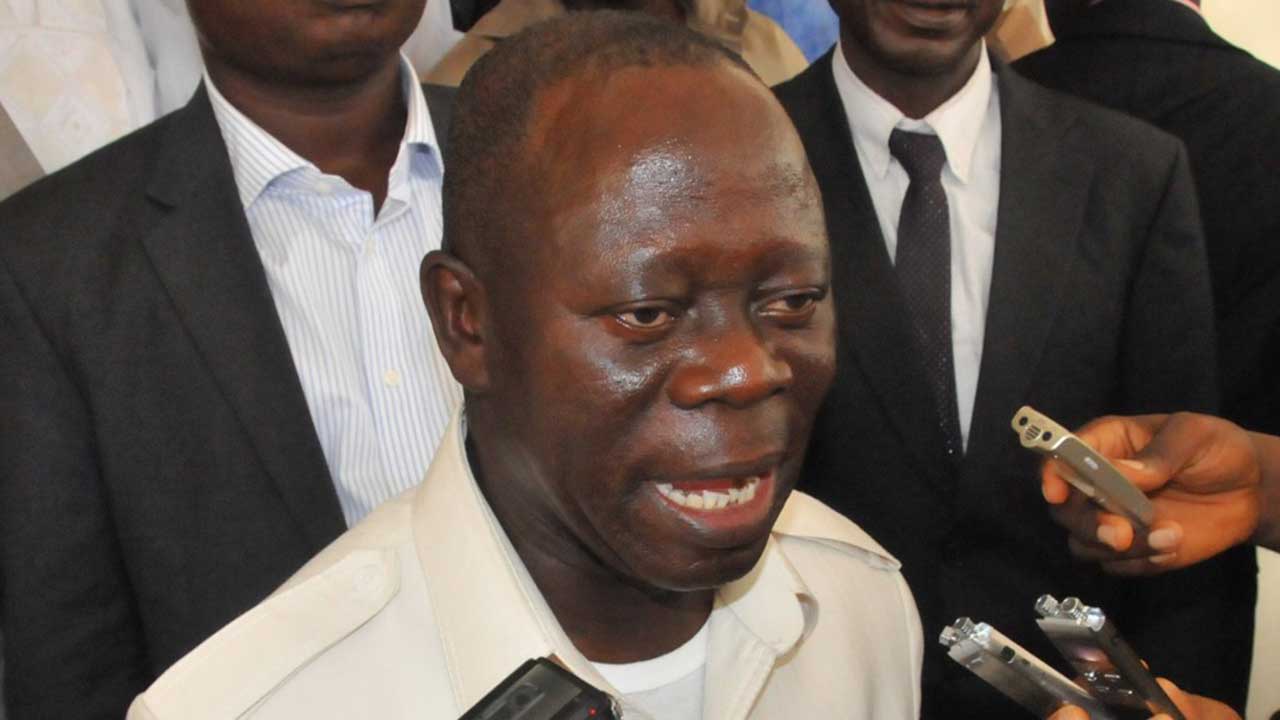 The National Chairman of the ruling All Progressives Congress (APC) says the party will be victorious in 2019 even if it ignores the splinter group in the party, tagged R-APC.

The R-APC which emerged three days ago is led by Buba Galadima, a former secretary of the Congress for Progressive Change (CPC).

The group which described itself as the “authentic” APC is believed to have the support of the Senate President Bukola Saraki, Speaker Yakubu Dogara and ex-Kano State governor, Rabiu Kwankwaso, as well as many other top APC leaders.

The R-APC said its members include persons who were part of the various parties that merged to form the APC including the CPC, ANPP and the N-PDP.

On Friday, Mr Oshiomhole played host to former state chairpersons of the defunct Congress for Progressive Change (CPC), who distanced themselves from being part of the R-APC.

The CPC was the party then candidate Muhamamdu Buhari used to contest the 2011 presidential elections which he lost.

Mr Oshiomhole said his leadership has started meeting with members who have genuine grievances.

“We listened to Buba Galadima. It is as if a very hungry bird is dancing at the centre of the road and a disgruntled drummer not far away in the bush is drumming for him.

“But this is not to say that we are not aware that there are challenges here and there, but anything about APC is considered more much more than the sum total of all the challenges we have in many of the states. And by the special grace of God we shall overcome them and we are already overcoming them.

“I am very confident that we can afford to ignore Buba Galadima.

“When we see people who have genuine grievances, we are not ashamed to talk to them. We recognise that democracy is an equaliser and only people who are humble enough to engage can survive and we have been engaging.

“We have been meeting with various individuals and groups who we believe really have genuine concerns on certain matters and we are making progress. But when we see people who don’t mean well, there are a lot of idle people who don’t have any other thing to do and once they don’t have access to national honey pot, then they begin to complain.”

Mr Oshiomhole encouraged President Muhammadu Buhari not to be distracted by the antics of the “rebels.”

“For me, there is no cause for alarm, nobody should panic over one Baba Galadima, whose group, I believe, cannot define us in the next election in 2019.

“Nigerians are wiser, they know that corruption is fighting back, they also know that President Buhari’s resolve to fight corruption must elicit a counter force and that force must find attraction in some people.

“But like we have rightly said, we should not be distracted and we encourage the president not to be distracted, he must remain focused and sustain the fight and I believe the rebellion will be crushed using the superior power of argument, persuading our people not to forget in a hurry where we are coming from.”

Mr Oshiomhole’s guests on Friday were led by Umar Shuaibu, a former chairman of the defunct CPC in Niger State.

“For the avoidance of any doubt, on behalf of the state chairmen of the defunct CPC, we categorically and unequivocally dissociate ourselves with the so-called R-APC. We are solidly behind the new elected National leadership of the APC and solidly behind President Muhammadu Buhari as the leader of the elected APC Government in Nigeria,” Mr Shuaibu said.