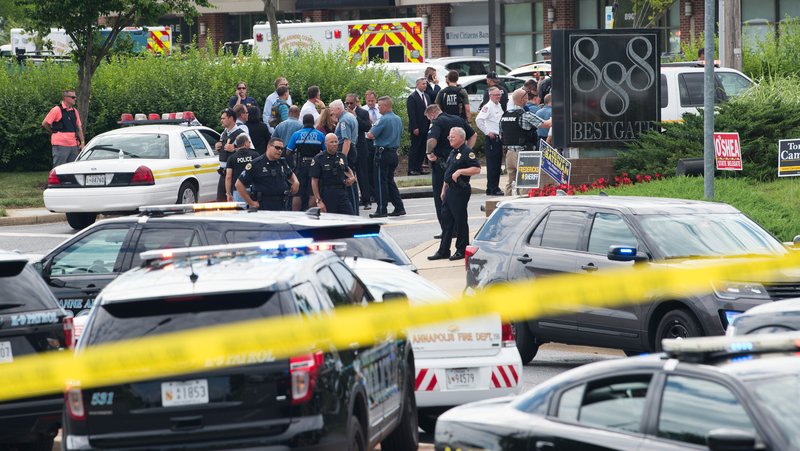 At least five people were killed after several shots were fired at a newspaper in the United States.

The incident occurred at the offices of Capital Gazette in Annapolis, Maryland, northeastern U.S. on Thursday afternoon (Thursday night in Nigeria)

The police confirmed five killed and several injured while giving live updates to media outlets outside the newspaper offices shortly after the incident.

Officials said the gunman was being identified, and all threats have been neutralised around the scene.

The shooter is reportedly a white male in his 20s, according to an update shared by CBS News on Twitter.

Reports said an intern alerted the social media about the shooting, saying a shooter was nearby and screaming for help.

The injured, said to be around 20, were rushed to hospital. The police did not immediately disclose the motive of the shooter.

We did not describe Plateau killings as retaliatory – Miyetti Allah