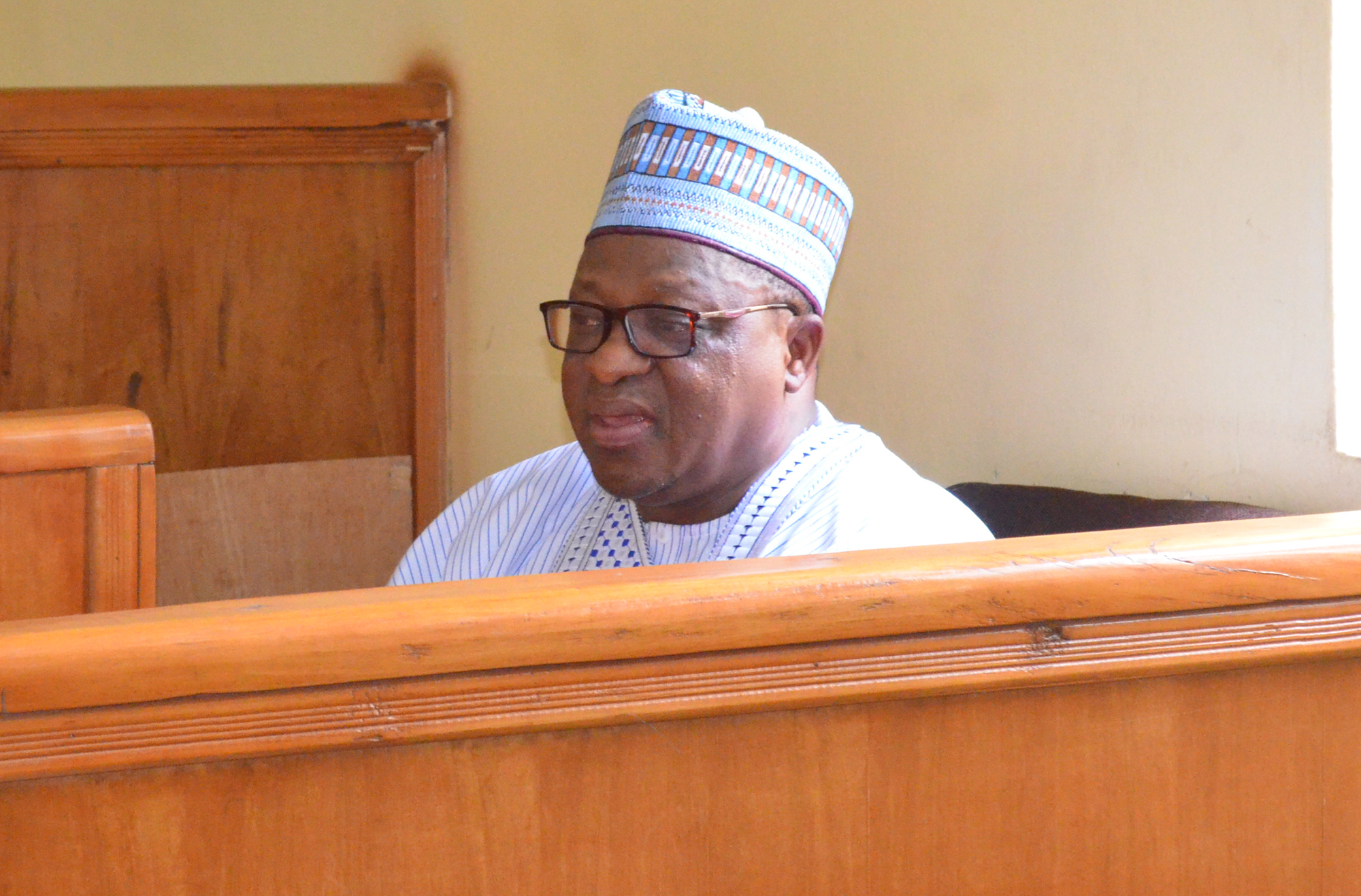 Political and religious leaders in Plateau State have reacted to Tuesday’s sentencing of the state’s former governor, Joshua Dariye.

A court in Abuja found Mr Dariye guilty of corruption when he was governor between 1999 and 2007, and sentenced him to 14 years in prison with no option of fine.

The ruling came about two weeks after former Gov. Jolly Nyame of Taraba was also handed a similar sentence for corruption.

Many Nigerians have hailed the sentences as a strong message to corrupt public office holders. But reactions from Plateau were mixed.

The Plateau state chairman of the Peoples Democratic Party (PDP), Damishi Sango, told PREMIUM TIMES on Wednesday that nobody should rejoice that the former governor has been jailed.

“For me, nobody should jubilate because Joshua Dariye is sent to prison, rather it is a time of tribulations for us all as Plateau people, we should pray with him, encourage him to be steadfast, and console with his family,” he said.

“Though he left PDP for APC, he is still a citizen of Plateau state who has contributed to the development of Plateau state; but his prosecution should serve as a lesson to others who are governing us now.”

The state chairman Action Democratic Party, ADP, Nanyah Daman, told PREMIUM TIMES in a telephone interview that the court did the right thing.

“Our position (ADP) is that the law has done what is right, because the jail term was pronounced by a court of competent jurisdiction. Remember, the case between Dariye and EFCC has lingered for 11 years, so nobody can dispute what the court has done, what is right is right, and what is wrong is wrong, no matter who is doing it.”

On his part, the state publicity secretary of the All Progressive Congress (APC) Chindo Dafat, appealed for calm from those aggrieved by the judgement.

“Mine is an appeal to his (Dariye) supporters, particularly those who are looking up to him in the political arena, to remain calm, as the imprisonment is part of life, may be God destined him to be in prison to accomplish his purpose,” he said.

“As a member of the ruling APC, we will miss him because he is a party man with a lot of wisdom and a great financial contributor to the development of our party, though we (APC) do not support corruption.”

“What has happened to the former governor and senator should serve as a big lesson to all those in power, and it should be on record that the Buhari-led administration is out to salvage Nigeria from corrupt politicians who do not meant well for the electorates.”

The APC spokesman said, “If a court can jail an APC party stalwart which is the ruling party, both here in the state and at the national, that means no one will be spared, if found wanting. And I want to state here that the ongoing fight against corruption is not witch-hunt as it is been insinuated by some individuals.”

“Therefore, no body should use APC as a hiding place to escape justice, because the federal government’s crusade against corruption is total, and whoever is found wanting shall face the wrath of the law,” the APC leader said.

The chairman of the Christian Association of Nigeria for the 19 northern states of Nigeria, Yakubu Pam, said the news of Mr Dariye’s conviction was shocking to him.

“To me, yesterday was a sad day for me. As a Christian leader, I’m calling for prayers for Dariye,” he said.

“Though as a religious leader, I believe in accountability, but the crusade against corruption should be done across board. No one should be prosecuted on faith’s base, since prosecution of past leaders has commenced, there should be no sacred cows,” the cleric said.

“But we are sad as Christian leaders, because one of us is gone. Christians do not condone nor encourage corrupt practices by anyone, and anywhere, but justice should be done to all irrespective of religious and political party affiliations,” the clergy stated.

Also commenting on the sentence, a Jos-based businesswoman, Grace Adamu, said political office holders should learn lessons from the action of the court and be prudent and accountable to the electorates while in office.

“I’m an advocate of Justice, if the court finds him guilty of the charges against him, he should serve his jail term and become a change agent in court. I hope the current political office holders nationwide will learn a lesson from the judgement pronounced against Dariye,” Mrs Adamu said.

Similarly, a retired teacher, Ponsat Amos, said justice should be done to all, irrespective of political and economic status.

“Recently, we have seen former governors being jailed; but, in my kind opinion, former presidents, military administrators, diplomats, ministers and chief executives of government agencies should be investigated too, and if found wanting, justice should prevail.”

“Personally, I cannot clap for EFCC yet, because we have a lot of corrupt former political leaders, including presidents roaming our streets freely. They should be jailed,” he stressed.

A street hawker Hanatu Nanfa, said all Plateau citizens should sympathy with Dariye, she alleged that most people shared in the said Dariye loot “people are saying Dariye is a thief, but for me, if I were in the court I should have joined him in shedding tears, because he didn’t enjoyed the money alone, but will suffer alone in prison” she lament.

Meanwhile, Mr Dariye’s senior legislative aide, Maichibi Vwarji, who allegedly mobilised supporters to Abuja Tuesday to witness the judgement returned to Plateau state in tears, as their boss was whisked to prisons.