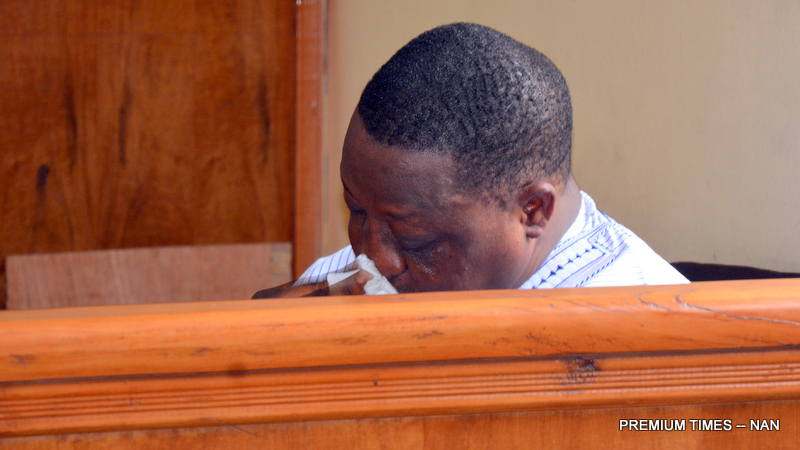 Former Governor of Plateau State, Sen. Joshua Dariye shed tears in court as he was sentenced to 14 year imprisonment for fraud and misappropriation of funds. 03248/12/6/2018/Hogan Bassey/NAN

Former Plateau State governor, Joshua Dariye, has been sentenced to 14 years in prison for corruption.

Mr Dariye was found guilty of diverting N1.162 billion state ecological funds while he was governor between 1999 and 2007.

He was first arraigned on a 23-count charge for the offence in 2007.

The sentences are to run concurrently. The court gave no option of fine.