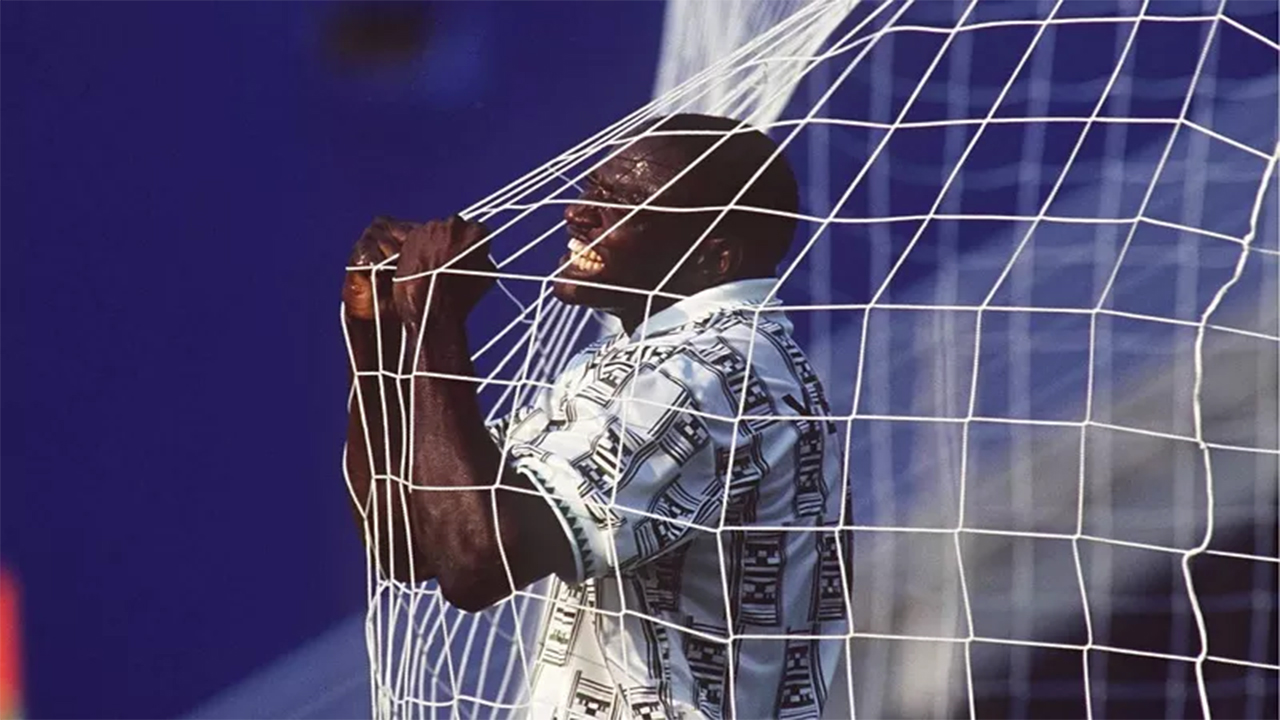 Nigeria’s All-Time World Cup Heroes: Where They Are Now

After years of anguish, the jinx was finally broken in 1994 as the Super Eagles made a debut appearance at the World Cup in USA.

As part of PREMIUM TIMES special for the Russia 2018, we look at Nigeria’s all-time World Cup heroes and where they are now.

The gangling striker now of blessed memories has his named etched in the history books of Nigeria football.

Long after quitting active football and thereafter after going to the great beyond, Yekini is still the Super Eagles’ all-time highest goal scorer and he proudly holds the record of scoring Nigeria’s first goal ever at the Mundial.

His iconic celebration after that opening goal against Bulgaria is still very much fresh in the memories of the world football fans.

‘The Bull,’ as he is fondly referred, is the first Nigerian to score two goals in a World Cup tournament.

Amokachi, courtesy of an assist from Yekini, scored Nigeria’s second goal in the trouncing of Bulgaria as the Super Eagles announced their arrival at the World Cup in style in 1994.

The former Everton and Besiktas star scored his second goal in the game against Greece which was all laced up with amazing techniques. The dance steps that followed afterward still makes football fans across the world grin from ear to ear each time it is relived.

Having been forced out of football with a knee injury, Amokachi went into coaching and was on the bench with Keshi when Nigeria won her third AFCON title and also participated in the 2014 World Cup in Brazil.

Amokachi is actively involved in punditry and he is also one of the global ambassadors for Morocco’s 2026 World Cup bid.

Aside his standout performances in all the world Cup editions in which he featured for Nigeria, Okocha is the first Nigerian to feature in three editions of the Mundial; debuting in 1994, making profound impact in 1998 and wearing the captain’s armband in 2002.

Unfortunately, despite all his contributions in these three editions, Okocha never had a World Cup goal to his name.

Presently, Okocha will serve as an analyst for the World Cup. He has been drafted into committees in FIFA and CAF and he is also the Delta FA boss.

Despite his short fallings, Yobo is the Nigerian that has played the most matches at the World Cup and that record may outlive Russia 2018 except the Super Eagles go all the way.

Yobo is the second Nigerian after Okocha to feature in three different World Cup.

Yobo presently has an academy, he also has other business establishments.

Though four different Nigerian players have two World Cup goals to their name, Ahmed Musa is the only one to hit a brace in a match. Interestingly, Musa chose a big moment; scoring his two goals against Argentina at the last World Cup in Russia.

The Leicester City forward is in prime position to be Nigeria’s all-time highest World Cup scorer if he delivers in Russia.

The former Super Eagles captain is on the heroes’ list as his thunderbolt against Spain ranks as one of the best goals ever scored by Nigeria at the World Cup.

Oliseh played for Nigeria at the USA 1994 and France 1998 editions. Oliseh, since quitting active football, has made a success for himself in coaching and he ranks high in certification, amongst his peers. Oliseh has worked for FIFA technical study groups and takes punditry positions.

The France-based goalkeeper passes as Nigeria’s best goalkeeper ever at the World Cup. Since he was called up at a tender age to man the post in the Super Eagle’s last group game at the 2002 World Cup, Enyeama grew from strength to strength in successive World Cup appearances in 2010 and 2014.

Single-handedly denying Messi to score against him will rank high in Enyeama’s World Cup moments. There were insinuations that he would be recalled for the 2018 Russia World Cup but that never happened as injury and lack of playing time at Enyeama’s Ligue 1 club denied him what could have been an unprecedented World Cup appearance.