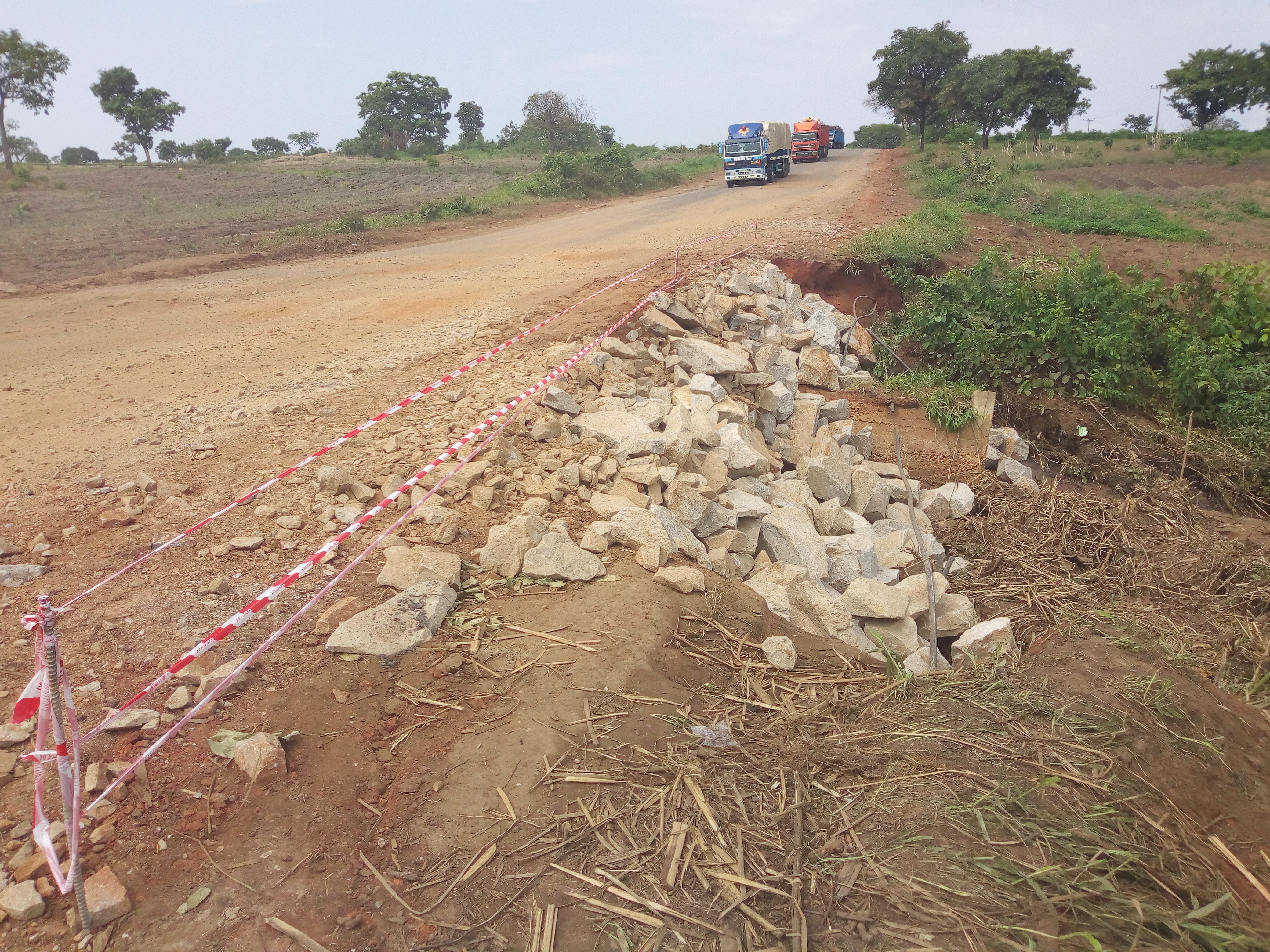 Vehicular traffic on the Mokwa-Jebba road has eased following the temporary fixing of the Mowo bridge after it collapsed on Saturday night.

The temporary solution on the collapsed bridge occurs less than 24 hours after the works minister, Babatunde Fashola, pledged to ensure a palliative is put in place for motorists plying the route.

The Federal Road Safety Corp had alerted motorists of the heavy traffic on the road after the Mowo bridge collapsed.

The Mokwa-Jebba road, which links Niger and Kwara states, is a major transit route between Abuja and the western part of the country.

The Mowo Bridge is located after Mowo Junction, 18km from Mokwa town in Niger State. The bridge is also located about one km from Tatabu Bridge, which collapsed in 2017 and was promptly fixed by the Nigerian government.

Vehicular traffic had been affected on both sides of the road, and there was no thoroughfare up till Sunday.

Bisi Kareem, the FRSC spokesperson, had advised motorists to, in the interim, ply the Lokoja road as an alternative “if going to Lagos and Abuja.’’

But when PREMIUM TIMES visited the location of the bridge Monday afternoon, there was free flow of vehicular traffic.

Our correspondent reports that the dilapidated part had been filled with granite and sand, making it easy to ply for motorists.

Umar Umaru, a motorist said the authorities had done “a temporary but quick construction” work on the bridge.

PREMIUM TIMES also observed that there were scores of FRSC officials around the bridge coordinating vehicular movement.

Some motorists who spoke to our correspondent commended the government for its quick intervention.

It is, however, unclear whether further construction works would be done on the bridge.

Efforts to speak to the FRSC officials on duty proved abortive as they declined to speak officially on the state of the road.