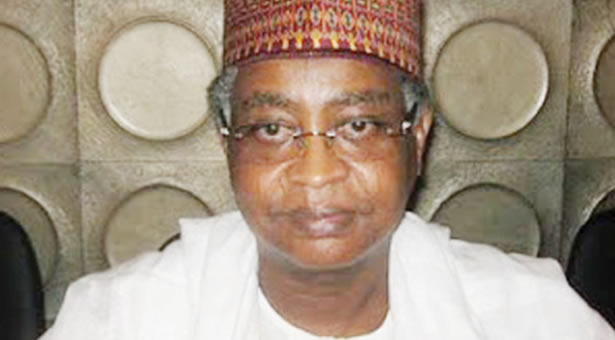 Bashiru Tofa and others write on dangers of Ethnic profiling

The opposition candidate in the 1993 presidential election, Bashir Tofa, has expressed reservations about President Muhammadu Buhari’s decision to honour late Moshood Abiola and his then running mate, Babagana Kingibe.

Mr Abiola presumably won the June 12, 1993 election, considered one of Nigeria’s fairest elections. The election was, however, annulled by the military government of Ibrahim Babangida before the final results were announced. Mr Abiola was arrested and detained in 1994 while trying to actualise his mandate as elected president. He died in military detention in 1998.

There have been cries that he be honoured by the federal government since the return to democracy in 1999.

President Muhammadu Buhari last week announced that in Mr Abiola’s honour, June 12 would henceforth be Nigeria’s Democracy Day, which was formerly held on May 29. The president also honoured Mr Abiola with the highest Nigerian honorary award of GCFR. Mr Kingibe was also honoured with the second highest award of GCON, alongside a late human rights activist, Gani Fawehinmi. The presidency also invited some persons – mainly leaders of Mr Abiola’s then Social Democratic Party and activists who supported the actualisation of his mandate, as well as families of both categories of people – to an event on Tuesday to honour the late businessman.

No such honour was given to Mr Tofa or any other members of the then opposition party, National Republican Convention (NRC). Nigeria ran a two-party system for the 1993 election.

In his reaction in a statement sent to PREMIUM TIMES early Sunday, Mr Tofa said he would have rejected the honour, even if he was offered by the president.

“While I do not begrudge the president his power to bestow favour on whomsoever he pleases, it is also important, especially for history, for all actions from the highest authority in the country to be based on fair play and law,” Mr Tofa, who described Mr Abiola as his friend, said.

Read his full statement below.

Following the decision by President Muhammadu Buhari to honour my late friend, Alhaji Moshood K. Abiola (may Allah grant him peace) and officially recognise him as the winner of the inconclusive June 12, 1993 presidential election in which I was a candidate, I have been inundated by calls from friends, well-wishers, former political associates and journalists.

While some worry about the brazen one-sidedness of this curious presidential action, especially given the list of invitees to Tuesday’s event at the Villa, supposedly to mark ‘Democracy Day’, there are also those who canvass that I be so honoured with a similar award of Grand Commander of the Federal Republic (GCFR), if the motive indeed was noble and meant to serve the end of justice. As much as I appreciate the goodwill, in this circumstance, however, I have to say that I would not accept it as it is, even if given.

While I do not begrudge the president his power to bestow favour on whomsoever he pleases, it is also important, especially for history, for all actions from the highest authority in the country to be based on fair play and law. Needless to say, being one of the two presidential candidates in that election does not in any way define me or my achievements in life; it was not even the most important one.

However, as I have reiterated many times in the past, I am grateful to the numerous Nigerians from across the length and breadth of the country who made enormous sacrifices in the National Republican Convention (NRC), as well as the millions of our citizens who voted for both the late Abiola and myself in that historic election. Much more importantly, I am most grateful to Almighty God for the several Honours He has bestowed on me; all of which have enriched my life. As for my friend, M.K.O. Abiola, what he needs most is our sincere prayers for Allah’s mercy and the gift of Paradise for him. While some of us cherish his memory as a departed friend and compatriot, there are many who will continue to exploit it and to glory in it for their own benefits.

For those who may have forgotten or never knew, the late Abiola was a close personal friend of mine, a relationship dating back to the Second Republic when I was the national financial secretary of the then ruling National Party of Nigeria (NPN) and he was the Ogun State chairman of the party. So, I do not in any way begrudge him the posthumous honour, even when I insist that the right thing must be done at all times. Meanwhile, whatever may be the prevailing sentiment and politics in Abuja, the idea that June 12 should be the new Democracy Day is also a matter that deserves serious reconsideration. Such decisions should be beyond some political cold calculations.

Finally, like all, I am also travelling on the path prepared for me by God Almighty. He controls my destiny and I pray He will continue to favour and to guide me. All Power belongs to Him alone. He gives it to whom He pleases and He Has Power over all things, including every ambition. May The Almighty, in whose Hands lie our destinies keep our beloved country and peoples together in unity, peace and prosperity.