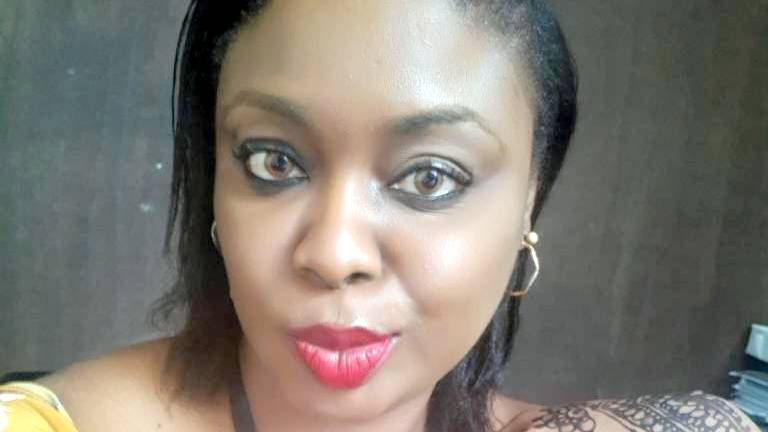 The presidential amnesty office was not telling the truth when it claimed a woman who was sacked after publicly criticising Vice President Yemi Osinbajo and President Muhammadu Buhari’s wife, Aisha, was not engaged by the department under its current leadership, documents obtained by PREMIUM TIMES show.

In a statement Tuesday afternoon, the amnesty office falsely claimed Bolouere Opukiri was “an interloper” because “she was never documented either as a civil servant seconded to the office or engaged as a contract staff” in early May, in a bid to discredit an element of  PREMIUM TIMES’ story  which revealed that she was engaged and sacked within a week by amnesty office under Charles Dokubo.

The amnesty office is domiciled in the office of the Senior Special Adviser to the President on Niger Delta who is also the coordinator of the Presidential Amnesty Programme (PAP). Mr Dokubo, a nuclear scientist, was appointed by President Muhammadu Buhari as the PAP coordinator mid-March, after the president fired Paul Boroh amidst corruption investigations.

While still in office, Mr Boroh sacked Ms Opukiri as amnesty office’s media consultant in July 2017, after Laolu Akande, a spokesperson for Vice President Yemi Osinbajo, forwarded an e-mail that documented her history of unflattering remarks against top administration figures.

But Ms Opukiri was re-engaged in early May, weeks after Mr Dokubo assumed office, but was asked to stop work within a week, she told PREMIUM TIMES in the story published in the evening of June 2.

The amnesty office tried to dispute this account in its June 5 rebuttal.

‘’To put the records straight, the said Ms Bolouere Opukiri is unknown to the Amnesty Office as she was never documented either as a civil servant seconded to the office or engaged as a contract staff by the current management of the Presidential Amnesty Programme,” Murphy Ganagana, the department’s spokesperson said in the statement. “Therefore, her claim that she was asked to stop work after a week of re-engagement, is outright falsehood.”

But documents seen by PREMIUM TIMES and an examination of the activities at amnesty office between May 2-7 showed that Ms Opukiri was duly engaged as a consultant at the amnesty office’s media unit and rubbished other similar claims made against the estranged employee in the official statement.

Excerpts of some of the documents, especially her engagement letter, dismissal letter and internal communications,  were published when PREMIUM TIMES broke the story of Ms Opukiri’s controversial ouster. Newly-obtained correspondence, including internal e-mails, further affirmed Ms Opukiri’s history at the amnesty office and further confirmed this newspaper’s story which Mr Ganagana dismissed as “mischievous” and “fabricated.”

The June 2 report showed how Ms Opukiri, 30, was sacked in July 2017 over her social media posts which her superiors at the amnesty office deemed objectionable and, therefore, sufficient for dismissal.

Mr Akande showed Mr Boroh a complaint he received from some pro-government persons on Twitter, which contained some of Ms Opukiri’s Twitter attacks on Buhari administration figures, including the vice president and the president’s wife.

A July 5, 2017, tweet, in which Ms Opukiri lampooned Mr Osinbajo as ‘a novice’ for travelling out of the country when President Muhammadu Buhari was being treated for undisclosed ailments in London, and another one that described Mrs Buhari as not being as “classy” as former first lady, Patience Jonathan, were the major complaints against her, this newspaper reported.

Shortly after receiving Mr Akande’s e-mail, Mr Boroh ordered an immediate investigation of Ms Opukiri, which led to a raid of her apartment by two security operatives and her eventual dismissal.

The amnesty office said it communicated the decision to Tidal Streams, a professional staffing provider which seconded Ms Opukiri to the amnesty office in 2015. Her employee status was confirmed in May 2016 and renewed in February 2017.

However, a letter of disengagement which Tidal Streams wrote to Ms Opukiri in September 2017 was different in tone. It said her services were no longer required, a disparity that her lawyer said could prove problematic for the government when the matter gets to court.

Even though Tidal Streams asked Ms Opukiri to stop work after amnesty office sacked her on July 13, 2017, her disengagement letter from the primary employer only came in on September 19 at 10:23 a.m., according to an e-mail seen by PREMIUM TIMES.

The amnesty office severed contractual ties with Tidal Streams shortly after Ms Opukiri was sacked, paving the way for Double Helix Nigeria Limited as its new staffing consultant. Mr Ganagana said Double Helix did not engage Ms Opukiri, but the firm and a document seen by PREMIUM TIMES showed this as false.

Her story elicited a flurry of online fireworks between citizens who saw Ms Opukiri’s dismissal as appropriate under the circumstance and those who said her sack was a repression of free speech.

Governor Ibrahim Dankwambo also weighed in on the debate from Gombe State, condemning Ms Opukiri’s dismissal and asking President Muhammadu Buhari to investigate the controversy and immediately reinstate her.

“No Nigerian should lose their job on account of criticizing the government they elected,” Mr Dankwambo said in a Twitter update June 4.

Those who disagreed with the governor said Ms Opukiri was reckless in her open condemnation of Mr Osinbajo, arguing that the freedom of speech set out in the constitution can never be absolute.

The amnesty office scrambled to contain the fallout on Tuesday afternoon, circulating its false claims, which a host of national dailies published without redaction or balance.

In the statement, Mr Ganagana shrugged off questions about whether Ms Opukiri should have been fired for her comments and instead concentrated on obliterating and muddling up her employment records at the amnesty office.

The spokesperson skipped the circumstances that led to Ms Opukiri’s dismissal last July, and muddled the facts of the story to appear like it was only about what transpired under Mr Dokubo’s leadership which began in March.

Even then, the amnesty office’s main claim that it had no inkling of Ms Opukiri being engaged under Mr Dokubo’s leadership as reported by PREMIUM TIMES was contradicted by a copy of her engagement letter.

The offer of employment letter was written to Ms Opukiri on May 2 by Double Helix, and she was directed to resume at the amnesty office, according to an e-mail seen by PREMIUM TIMES.

The letter was withdrawn on May 7 amidst unclear circumstances. Emilia Achor, a human resources executive at Double Helix who signed the offer letter to Ms Opukiri, told PREMIUM TIMES last week the firm rescinded her employment because it had “the rights” to do so.

Even though she declined to give further clarification, her response contradicted the amnesty office’s statement that neither it nor Double Helix knew Ms Opukiri.

Also, Ms Opukiri said she worked from May 2-7, Wednesday to Monday. An accompanying e-mail which Ms Achor sent to Ms Opukiri at 11:59 a.m. on May 2 said she should resume work immediately.

“In fact, Mr Ganagana, as the head of media at amnesty office, called me on the phone from Lagos and assigned me to accompany Mr Dokubo on his maiden visit to the State House May 7, a Monday,” Ms Opukiri said. “But I ended up not making the assignment that day.”

She told PREMIUM TIMES that she could not join Mr Dokubo on the visit because no official vehicle was immediately made available to the media crew.

“We also concluded that the reporters covering the State House would take multimedia footage , anyway, there was no need for us to follow him,” she added, “especially when we were not sure that we would be allowed to enter because they did not prepare our security clearance and this process usually takes time at the State House gate.”

PREMIUM TIMES could not confirm that Ms Opukiri resumed at the annex on May 2 and 3, Wednesday and Thursday, because the logbook has been changed.

The current register at the annex was opened on May 31.

The media unit at amnesty office was moved from the annex to the main office as part of new re-arrangements that Mr Dokubo ordered upon resumption, Ms Opukiri said.

At least two officials at the office confirmed to PREMIUM TIMES that they saw Ms Opukiri when she resumed work between May 2-7. They spoke under strict anonymity because they are still members of staff and are not authorised to speak to journalists.

They also told PREMIUM TIMES that they were aware that Mr Ganagana was among the officials who gave her assignments.

Ms Opukiri said Mr Ganagana asked her on May 3 to print out  a protest by students in Edo State against Mr Dokubo’s appointment as posted on Twitter by Sahara Reporters. One of her former colleagues who witnessed this corroborated it to PREMIUM TIMES.

Mr Ganagana declined comments about the documents obtained by PREMIUM TIMES which debunked his claims that Ms Opukiri was “unknown” to the amnesty office under Mr Dokubo or Double Helix.

“We are not going to make any further comments” on Ms Opukiri’s “issue”, he told PREMIUM TIMES by telephone Wednesday morning. “I have no comment on that issue.”

He also declined comments to PREMIUM TIMES when reached on Friday evening about the specific claims Ms Opukiri made about her activities at amnesty office and the assignments he gave her.

Ms Opukiri said she had strong indications to believe that Mr Dokubo asked her to be sacked because he they mounted “pressure” on him to do so when he visited the State House on May 7.

She said it was in the evening of May 7 that Double Helix asked her to return the offer letter without formal explanation, and she yielded the demand, but not before she quickly made a photocopy for her personal record.

“I made the photocopy because I suspected a foul play,” Ms Opukiri said. “But I did not know it would be something as bad as this,” she added in reference to being denied as never having worked at the office.

“It is unfortunate that the presidency will be making these vile, uncivilised and diversionary claims against a harmless young woman who put in her best as a diligent staff in the service to the nation,” said Inibehe Effiong, a rights advocate who is now the lead counsel to Ms Opukiri. “Nigerians can further understand our position that Ms Opukiri was unjustly and unconstitutionally dismissed from her job and deprived of her livelihood.”

“Rather than address the issues surrounding her dismissal, the incompetent and mediocre officials at the amnesty office decided to disown her, poorly assuming that she did not keep the paper trail and digital footprints of her contract of employment.”

Mr Effiong, a Lagos-based legal practitioner, said his chamber would write to the presidency, as preliminary activities intensified ahead of a legal action over the matter.