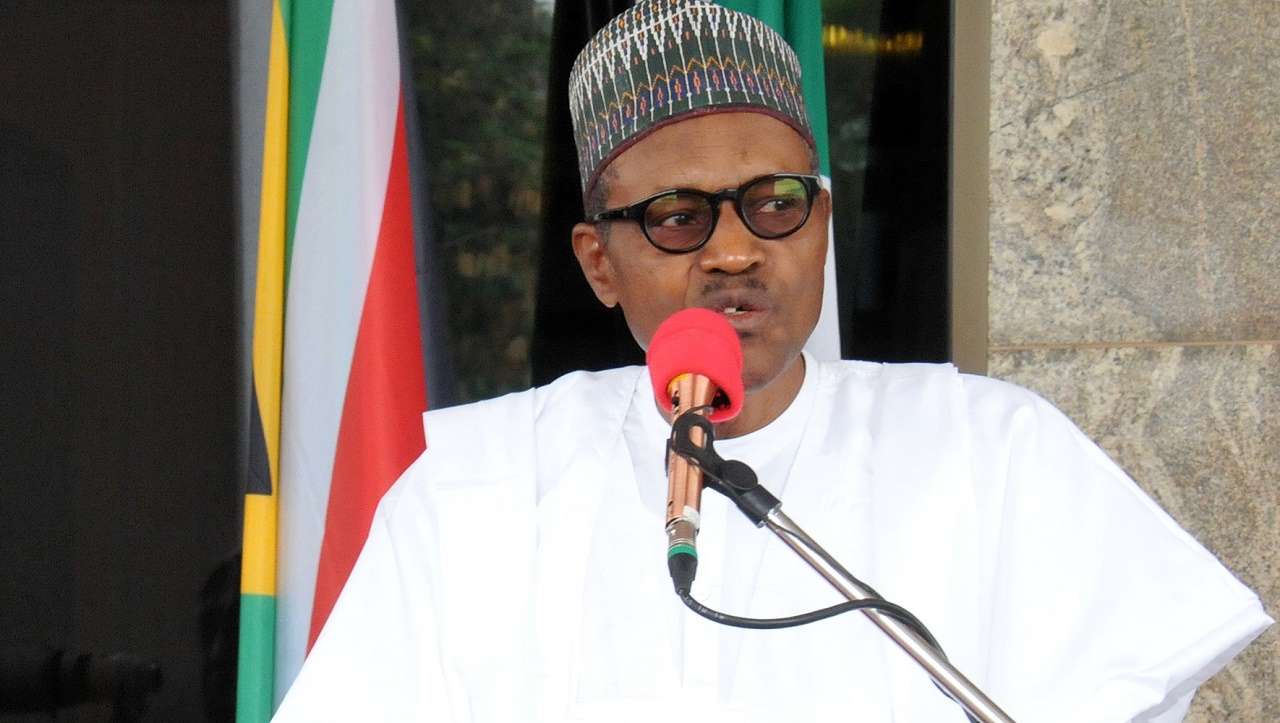 The family of late Gani Fawehinmi would accept the latest attempt by the Nigerian government to honour the iconic rights activist for his pro-citizens advocacy and other legacies of bravery, PREMIUM TIMES can report.

President Muhammadu Buhari announced Wednesday that Mr Fawehinmi would be posthumously conferred with the Grand Commander of Nigeria (GCON), Nigeria’s second highest honour, in an unexpected gesture that has since rippled through the nation’s sociopolitical structure.

Mohammed Fawehinmi, the first son of the late activist, told PREMIUM TIMES in the family’s first statement since the announcement that they would accept the GCON because it truly honoured the memory of Mr Fawehinmi.

Mr Fawehinmi died in September 2009 after a prolonged battle with lung cancer. He was 71.

His life was replete with widely-recognised acts of selflessness and remarkable moments of candour. He confronted repressive military regimes, including Mr Buhari’s, and fought for the entrenchment of a just and democratic Nigeria, suffering state attacks and imprisonment in return.

Mr Fawehinmi was arguably the most iconic champion of the June 12 agitation. He demanded the dictatorial Babangida and Abacha regimes recognise a mandate Nigerians accorded Moshood Abiola in the 1993 elections.

Mr Abiola was the presumed winner of the election, which analysts and historians categorised as the freest and fairest in the history of the world’s largest black nation. Ibrahim Babangida, the military ruler who conducted the election at the time, abruptly annulled it, eliciting public outrage.

A defiant Mr Babangida shrugged off demands for the installation of Mr Abiola as Nigeria’s president, including concerted interventions by the international community.

Mr Abiola was later arrested in 1994 by Sani Abacha, another military ruler who seized power shortly after Mr Babangida relinquished his position to a civilian interim government. He was held in custody for until his death in 1998 in still inexplicable circumstances.

Also jailed over the June 12 strife were Mr Fawehinmi and a host of other pro-democracy campaigners, labour unionists, journalists and university students. Even then, the June 12 agitation was not the most consequential in Mr Fawehinmi’s career of relentless activism. He had been in prison back and forth in the preceding decade, especially under Mr Babangida, who was in office from 1985 to 1993.

Since Nigeria returned to civil rule in 1999, attempts had been made to recognise Mr Fawehinmi, even though his criticism of successive governments unabashedly intensified. He refused to recognise Olusegun Obasanjo, a former military ruler who was Nigeria’s first democratically-elected president in the Fourth Republic, as a democrat or a leader with the interest of the masses at heart.

In 2008, he was offered a national honour as Order of the Federal Republic by President Umar Yar’Adua, an accolade he rejected on several bases of democratic ethos.

In 2014, five years after his passing, Mr Yar’Adua’s successor, Goodluck Jonathan, decided to honour him posthumously with another national honour, but his family immediately rejected this on behalf of his memory. The award was part of the Nigeria’s centenary celebrations since the 1914 amalgamation of the north and south by British colonialists.

In a February 27, 2014 letter sent to the then-Secretary to the Government of the Federation, Pius Anyim, Mohammed Fawehinmi, the first son of the late activist, said his father’s memory would not be properly served if the family accepted such honour.

Amongst them were the unabated killings of vulnerable Nigerians by the Boko Haram insurgents, a crisis which the government at the time looked helpless to contain.

The high degree of corruption suspected to be going on under Mr Jonathan’s watch at the time was also cited by Mr Fawehinmi.

Perhaps the most off-putting wrongdoing of Mr Jonathan for the Fawehinmis was the inclusion of Mr Babangida amongst those to be honoured alongside their departed patriarch.

The family blasted the Jonathan administration for being insensitive to the traumatic experience which Mr Babangida inflicted on the late Mr Fawehinmi.

“We therefore, find it morally incongruous and psychologically debilitating for our family to stand on the same podium with General Babangida to receive awards,” the family said in the letter rejecting the award.

But the fundamentals of the latest move by Mr Buhari appeared to have elicited the warmth of Mr Fawehinmi’s family, Mr Fawehinmi told PREMIUM TIMES by telephone Thursday morning.

Mr Fawehinmi said the association of Mr Abiola with the latest offer made it difficult to reject like the previous ones.

“Accepting the award is a fuller affirmation of the commitment” of the late Mr Fawehinmi, his son said.

“The award is coming at the same time as the recognition of Abiola as the winner of the June 12 election,” he added.

Many Nigerians see the award of GCFR to Mr Abiola as a recognition of his mandate and elevation to the position of a former president. But Mr Buhari did not make that announcement yesterday. He only said Mr Abiola would be given a GCFR.

The speculation is fueled by the historic nature of the decision: the GCFR was hitherto seen as a honour reserved only for presidents.

But the GCON, which was conferred on Mr Fawehinmi was also seen as being reserved for vice presidents and senate presidents until 2012 when Mr Jonathan bestowed it on Aliko Dangote, a Nigerian industrialist. Mike Adenuga, founder of the indigenous communications giant, Glo Mobile, is also a holder of GCON.

This makes it difficult to assume that Mr Abiola is now effectively a former president strictly on the basis of Mr Buhari’s conferment of GCFR on him.

More so, other prominent players in the June 12 struggle, including Joe Okei-,Odumakin, are insisting that Mr Buhari should formally unveil a portrait of Mr Abiola and hang it amongst past presidents before his mandate could be seen as having been fully restored.

The award to Mr Abiola “is a veiled indictment of the old decision by the evil geniuses of yesteryears,” Mr Fawehinmi said in apparent reference to Mr Babangida, who now appears estranged from Mr Buhari following his scathing letter to the presidennt earlier rt this year.

“This would have been my father’s happiest moment, because what he had canvassed for is the now being done,” Mr Fawehinmi said.

Mr Fawehinmi also responded to concerns from some quarters that Mr Buhari is also honouring Babagana Kingibe, one of the president’s closest allies.

Mr Kingibe was the running mate to Mr Abiola, but later denounced the June 12 campaign and joined Mr Abacha’s junta.

“The president’s gesture to Mr Kingibe was a recognition of the ticket rather than whatever controversies Mr Kingibe might have courted at the height of the June 12 struggle,” Mr Fawehinmi said.